MasterClass has celeb instructors and money. Will students come? 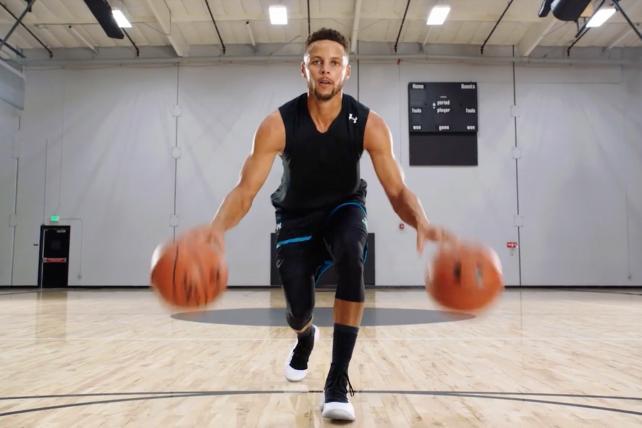 The online education business has failed to live up to the hype. So, one startup is tapping the ultimate hype masters—the world's best-known figures in sports, entertainment and the arts—to lure people into learning. Think Samuel L. Jackson providing lessons on acting, Stephen Curry on how to sink a basketball shot and Annie Leibovitz on snapping a good photograph.

MasterClass sells access to celebrities in the form of video lectures for $90 a pop. The internet is awash in self-proclaimed experts and YouTube gurus, but MasterClass promises a higher level of tutelage through exclusive exposure to the greats.

The San Francisco-based company is funded by a mix of Silicon Valley and Hollywood types. On Thursday, MasterClass plans to announce an $80 million investment led by venture capital firm Institutional Venture Partners. Bloomberg Beta, the venture capital arm of Bloomberg LP, is also an investor.

Only a few years ago, Silicon Valley had envisioned video lectures eliminating the need for colleges. VCs put about $8 billion into education technology in the past five years, said research firm CB Insights. Despite a flood of investment, internet education startups, led by Udacity and Coursera, failed to find a formula that works. Only 4 percent of students complete online courses, according to a now-famous study by the University of Pennsylvania Graduate School of Education.

Roseanne Wincek, a partner at IVP who led her firm's investment in MasterClass, said celebrities could be part of the solution. "Most online education companies take the idea of school and pop it on the internet," said Wincek, who is joining the company's board. "MasterClass is a pretty rarefied experience."

David Rogier started MasterClass in 2012, with seed money from a childhood friend and his Stanford University professor. Aaron Rasmussen, the chief technology officer and co-founder, joined in 2014, and they launched a website the next year. Rogier, the 35-year-old chief executive officer, has brown curly hair and a stutter. Raised by a pair of lawyers-turned-artists in Los Angeles, Rogier ranks as charismatic by nerdy tech standards. "I see what we're doing as eventually building the Great Library of Alexandria for the internet," he declared.

Rogier parlayed a connection to Dustin Hoffman to make inroads into Hollywood. The "Rain Man" star was the first MasterClass instructor with a lecture on acting, and it was an early hit for the company. But MasterClass removed the video in December after Hoffman was accused of exposing himself to a minor and sexually assaulting several women. Hoffman's attorney has denied the allegations. MasterClass also removed video of Kevin Spacey last year following misconduct allegations.

MasterClass videos look like mini documentaries. The company said filmmakers and directors with a total of seven Emmy or Oscar nominations have worked on its courses. Most lessons run about 10 to 20 minutes and feature an interview with a celebrity, as well as some hands-on demonstrations. In their lectures, fashion icon Marc Jacobs sketches a model on camera, and chess champion Garry Kasparov shows how to set up a checkmate, move by move.

Malcolm Gladwell said he signed on to become a MasterClass instructor because he thought it would help him reach a new audience on the internet. "I've never had a digital presence, and this seemed like a good way to create one," the New Yorker writer said. "My agent really liked the idea. Plus, I thought it would be fun."

MasterClass is likely more capital-intensive than other teaching platforms because its instructors are rewarded handsomely for their time and prestige. The company pays each lecturer a guarantee, and certain stars receive as much as 25 percent of revenue generated from the sale of their classes, said people familiar with the deals, who asked not to be identified because contractual terms are private. Amy Sezak, a spokeswoman for MasterClass, said 80 percent of revenue comes from annual subscriptions, which cost $180.

What's unclear is whether the business is actually working. MasterClass cracked Apple's top 250 apps only twice in the days after its introduction in April, and its download rank has been tapering off ever since, said mobile researcher App Annie. Visitors to the MasterClass website doubled from last year, but the monthly total was 281,000, compared with 1.4 million for Coursera, according to ComScore stats from July.

MasterClass said its nascent mobile business accounts for less than 5 percent of sales. The spokeswoman also disputed ComScore's findings and said an internal system shows MasterClass.com had 2 million visitors in July. But Rogier said the company doesn't consider web traffic as an indicator of success because it doesn't offer a free product. MasterClass declined to provide subscriber or sales figures but said its revenue growth rate has doubled from last year.

It's also unclear what students really learn. Early this summer, Adam Grant, an organizational psychologist and professor at University of Pennsylvania's Wharton School, said MasterClass approached him about taking an advisory role with the company. Grant then penned an editorial, published last month in the New York Times, saying the most skilled experts in a field are often the worst teachers. Although the op-ed—"Those Who Can Do, Can't Teach"—reads like an indictment of MasterClass's entire model, Grant declined to answer questions about the company in an email, citing a potential conflict of interest. Rogier's take on the article: "We've set out to challenge that system that has kept lifelong learners and students away from those who do."

Rogier sometimes compares his curriculum with more traditional schools but maintains that his business should be measured by different standards. He dismisses questions about low completion rates in online education and said the number of courses a student enrolls in is a better benchmark. MasterClass said all-access members take six to eight courses a year, though they may not watch all 20 or 30 videos in each class. "Completion is not a factor for how much you've learned; it's not a proxy for how much you enjoyed a class," Rogier said. "We're trying to be the gold standard for all learning after college."

MasterClass is largely focused on liberal arts. Of the 37 courses sold online, about half are for skills that would apply to a career in film, television or music. Rogier said he has ambitions beyond entertainment. The company plans to spend some of the new funding to add other categories, such as economics and politics.

But Hollywood is a powerful force behind the company. Talent agencies are among the company's long list of backers, who have put $136 million in total into the business. The latest round of funding includes an investment from Evolution Media, a fund created by Creative Artists Agency and private equity firm TPG. Rogier argues that celebrities aren't buying in for the money and almost certainly not for some additional exposure: "This is a way to preserve legacy."