READ THIS NEXT
Marketer A-List 2018: Coca-Cola 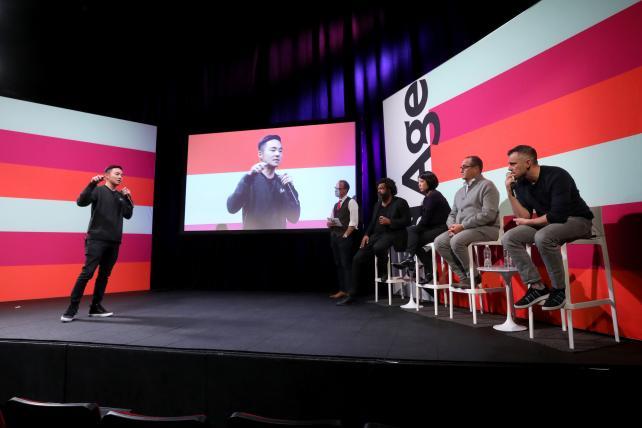 Steezy, which aims to be the "Netflix for dance classes," took home the honors Tuesday evening as Ad Age's first Titan.

Steezy, which offers hundreds of dance classes online, won $7,500 donated by Beth Comstock, the former vice chair of General Electric. Evan Zhou, co-founder and CEO of Steezy, said he is looking to turn the company into a lifestyle brand akin to a SoulCycle and to make dance the next big sport and fitness category.

The other startups that made pitches included: Wrapify, which enables drivers to earn extra cash by advertising on their car; Volterman, which makes smart wallets; and Mobile Pixels, a maker of a dual-screen laptop accessory.

During the event, which was hosted by Ad Age Publisher Josh Golden, each startup had three minutes to make their pitch and were then peppered with questions by the selection panel. The audience then voted on their favorite.

Vaynerchuk said over the last two years he has been investing less in startups because the "culture has been so extreme and there are a lot of fake entrepreneurs." These days the scrutiny needs to be higher, he added, because there are so many people who are following trends that have already gone away.

The goal of Ad Age Titans was to give startups, which generally are ingrained in the West Coast tech world but are less visible to marketing executives in New York, the opportunity to communicate with the largest marketers in the world, Golden said.