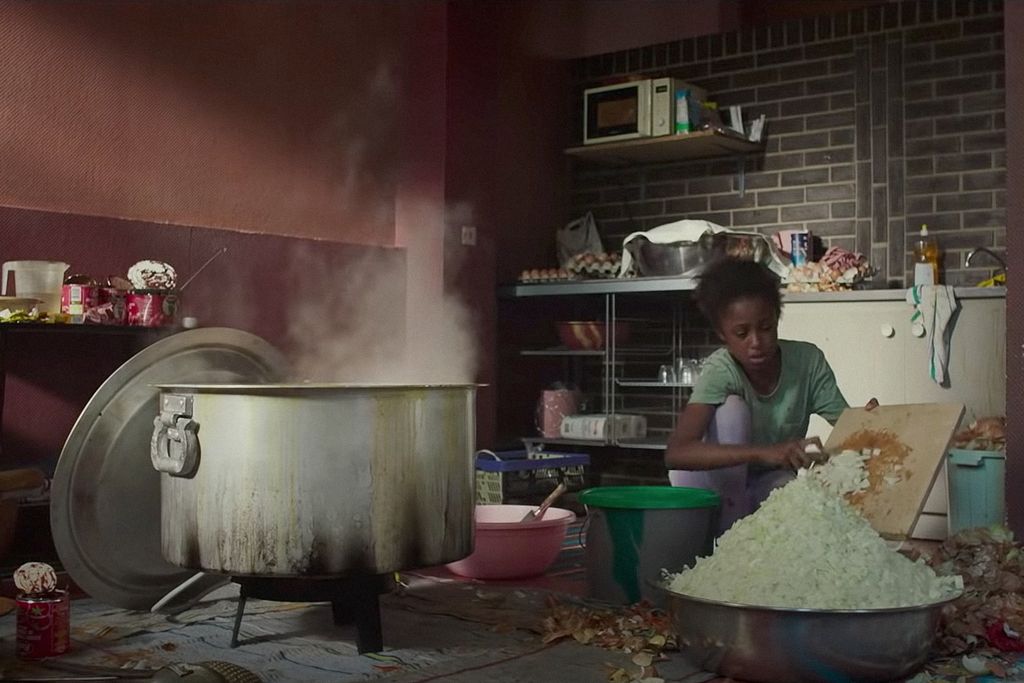 A scene from "Cuties."

Netflix wants audiences to watch “Cuties” before making judgments about the film, which has ignited a fierce online reaction against the company.

On Friday, Twitter chatter about “Cuties” continued, with many claiming the movie glorifies the sexualization of children. Senegalese filmmaker Maïmouna Doucouré made the foreign-language film, in fact, to criticize the way society seems to leave young girls susceptible to exploitation. The movie is about an 11-year-old immigrant who defies her family’s religious values and falls in with a group of rebellious girls and their dance team.

The movie has been applauded by many in the film community, and won an award at the Sundance Film Festival.

"Cuties is a social commentary against the sexualization of young children,” a Netflix spokesperson told Ad Age in an email statement. “It's an award-winning film and a powerful story about the pressure young girls face on social media and from society more generally growing up, and we'd encourage anyone who cares about these important issues to watch the movie.”

Defenders of the film have pointed to the popularity of beauty pageants, dance moms and social media as examples of how pop culture encourages children to mimic adults in often inappropriate ways.

It’s unclear how many of the film’s detractors have seen movie—which started streaming on Netflix on Wednesday—or if they are reacting to the uproar on social media and the few clips being shared.

Backlash against the film started in August, when Netflix began marketing in the U.S. The poster and synopsis seemed to sensationalize the content, highlighting the girls “twerking,” instead of capturing the director’s intended message. Netflix co-CEO reportedly even apologized to Doucouré for mishandling the subject matter.

Social media reaction has been harsh. A campaign to “Cancel Netflix” was trending on Twitter on Thursday. An online petition to protest the company was created. Some of the outrage appeared to be politically motivated, with right-wing media personalities including Glenn Beck and Alex Jones taking up the cause.

An easy target for conspiracies

Social media accounts affiliated with QAnon also led some of the fury. QAnon is a group that has concocted conspiracy theories about pedophile rings and child cannibals that control Hollywood, making Netflix an easy target to fit into the plot. QAnon has been a real worry for brands. This summer it generated a phony child-trafficking conspiracy against Wayfair.

Online petitions and protests have so far had limited success toppling brands. But Netflix’s stock price did take a hit on Thursday, dropping more than 20 points from its high of the day, losing about 4 percent of its value. Shares were at $481.

Amazon’s movie review site IMDb carries parental warnings about “Cuties,” and labels the “sex and nudity” as “mild.” It warns that the girls dance “suggestively” and wear tight clothes.

Movie review sites where everyday users affect the grading can become extensions of the social media battleground. Some reviewers seek to influence the ratings of films they have not seen. On Thursday, someone posted to IMDb that the movie includes nudity of a minor; screenshots of that warning were circulated on social media. The movie does not contain such nudity.

Common Sense Media, an organization that reviews movies and vets content for appropriateness, gave "Cuties" four out of five stars and says it is appropriate for viewers aged 15 years or older.

There were plenty of people that watched the film and still disapproved of its subject matter. After watching the movie, Elizabeth Bruenig, an opinion writer at The New York Times, said on Twitter, “[I] certainly understand that it's been explained as a kind of cautionary tale about the sexualization of children,” Bruenig wrote. “But nothing about the film reads as disapproving or critical. There’s a scene where four 11-year-olds seduce their way out of trouble.”

“I’m aware this matter, like almost all matters in contemporary culture, has dissolved into some kind of bullshit partisan slap fight, which I don't care about and refuse to pay attention to," Bruenig wrote. "Just giving you my read of this weird ass movie.”