In 2001, before Facebook, Twitter and YouTube existed, Procter & Gamble Co. was launching its own online Tremor network of teens to build buzz, and BzzAgent had its own take on a digital community of brand advocates. For 10 years, both have sold brands access to their buzz networks for a fee (and P&G's, of course, has worked for its own).

In the meantime, the rise of social media has spawned hundreds of buzz-building alternatives ranging from networks of mom bloggers to Twitter. Brands can access their own Facebook fan bases for free, and by last count, dbm/Scan's Facebook fan tracker showed 140 brands with as many followers as the 800,000 BzzAgent counts as its advocates, and 170 brands with as many fans as P&G has in its remaining buzz network -- the 650,000-woman-strong Vocalpoint.

So how are these networks, which BzzAgent CEO Dave Balter said have been deemed "primordial" word-of -mouth by some, still relevant?

In part, they're leveraging some of the very media that could also be seen as competition -- e.g. Facebook -- while stressing the superior buzz-building capabilities of their screened advocates vs. brands' often poorly understood Facebook fans. BzzAgent is selling services to help brands analyze and mobilize their Facebook followings. And both it and P&G are emphasizing that their networks operate heavily offline -- both in the past year have become part of organizations that link them closely with shopper marketing.

BzzAgent was acquired in May for $60 million by Dunnhumby, which has been a major force in loyalty programs for such retailers as Tesco, Macy's and Kroger Co., the latter being a 50% owner of the database firm's USA unit. P&G late last year shifted its Tremor buzz-marketing unit from the corporate marketing group headed by Global Brand-Building Officer Marc Pritchard to the North American Market Development Organization, which also includes the company's sales force and multi-brand marketing programs, headed by Group President Melanie Healey.

As Vocalpoint aligns more with P&G's shopper-marketing organization, BzzAgent's acquisition by Dunnhumby also aims to "connect the dots between social and shopper," Mr. Balter said. "Shopper is the fastest-growing channel, even ahead of social. You put those two together and you solve one of the biggest challenges out there." 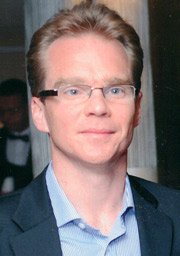 Chris Laird, CEO, Tremor
At P&G, Tremor retains its name, which came from the original teen program, though that was disbanded in 2007 to focus on Tremor's bigger network of Vocalpoint moms, launched in 2006. While the teen program worked, teens were only key consumers for five or six P&G brands, said Steve Knox, former CEO of the Tremor unit and now a consultant working with Boston Consulting Group. Teens also age out of the community, requiring constant recruitment.

Vocalpoint gets half its business from outside P&G, including Kellogg Co.'s Kashi and Frosted Mini-Wheats, Sears' Craftsman C3 brand and the MasterCard-backed "Bill My Parents" prepaid teen debit card among others.

Under new CEO Chris Laird, a longtime P&G marketer from Canada, Tremor looks to expand Vocalpoint further, having doubled the number of women participating during the past six months. It's also branching from its original focus on "brand advocacy" to research and co-creation of new products via a partnership with Ipsos to create Vocalpoint Voice. That's a community of 5,000 "creative moms" to help brands come up with and evaluate new ideas and the marketing behind them.

It's also focusing more on driving purchases into e-commerce, another priority for P&G, Mr. Laird said. And Vocalpoint has been using the network to host in-home parties along the lines of House Party.

In perhaps a classic description of a frenemy, Mr. Laird at first referred to Facebook as a competitor, then as a collaborator.

"We sat with Facebook last week talking about how we should position ourselves vs. what brands can do with their own unique communities on Facebook," Mr. Laird said in a Sept. 12 interview.

One difference is that Facebook fan communities are generally representative of the entire population rather than screened as "connectors," the 10% of most connected, socially active people, he said. "We also have a broader activity system for word-of -mouth than just Facebook," he said, including sampling, ratings and reviews by Vocalpoint members distributed throughout the web via Bazaarvoice.