Only one advertiser has made changes to its campaign; the rest are running as planned despite early troubles
READ THIS NEXT
All U.S. Apple stores now open one year after closures began 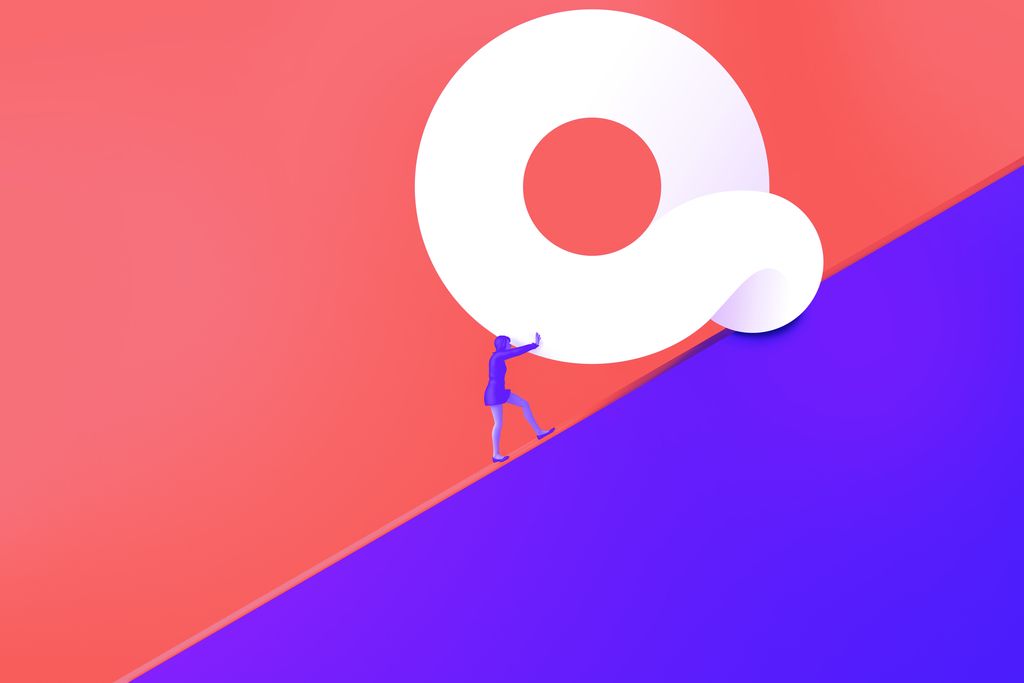 Quibi executives have acknowledged the road has been rough since April's launch.

Quibi entered the video world with the goal of turning mobile viewing and advertising on its head. Its signature technology was aptly dubbed “turnstyle,” because a viewer could swivel the phone in any direction and videos still played in a full-screen format.

Quibi’s business model, on the other hand, was hardly experimental. It followed the way brands have bought TV commercials for decades, with upfront deals secured by ironclad contracts, rather than the flexible deals that typically apply to digital ad campaigns. Quibi signed 10 top brands, each committing millions of dollars in upfront deals collectively worth $150 million for the first year.

Then the pandemic hit, which has prompted many advertisers to reevaluate and shift ad plans. However few Quibi advertisers have appealed for relief from their contracts, according to several brands, even as some have looked to downsize marketing in other areas.

Only one of the brands among Quibi's 10 has been able to change the terms of its Quibi campaign, according to an advertising executive, who spoke with Ad Age on the condition of anonymity. The executive would not disclose the name of the brand, but said that the advertiser initially wanted to pull out of its deal entirely but could not. "They had made a commitment within that upfront, a fairly sizable one," the ad exec says.

Quibi would not discuss its conversations with brands, or confirm that any brand had left. Quibi CEO Meg Whitman, who was a recent guest on Ad Age Remotely, acknowledged that one brand requested to modify its campaign plans. “Thus far there's been only one who said, ‘Hmm, can we make any changes here given our set of circumstances,’” Whitman said in the interview with Ad Age. “The rest have said, ‘We're all in. We think this is great and we’ve made a commitment and we’re going to honor that commitment.’”

Ad Age spoke with several advertising executives who work with Quibi brands, and reached out to the brands that have publicly announced deals with the app. Representatives for Progressive, T-Mobile, Google, Taco Bell, Anheuser-Busch InBev, Walmart, General Mills, Procter & Gamble and PepsiCo all confirmed they are still committed. The companies represent 25 brands that were scheduled to run commercials on Quibi.

However, the advertising executive said that other Quibi brands would scale back their advertising if they could. "It's sort of biting them now in the ass because a lot of these brands that they got big commitments from pre-COVID want to pull those dollars back," the agency exec says.

For its part, Quibi said it is willing to work with its partners. “Quibi is laser-focused on listening to our customers and that includes our advertising partners,” Quibi’s spokeswoman said. “From the beginning, we worked with our advertising partners to give them the tools they need to understand how consumers are engaging with their brands and quickly make changes and respond accordingly.”

She added that there could be flexibility to alter the campaigns if companies need to swap one brand in their portfolio for another one. For instance, if one of the brands isn’t spending in a specific quarter or isn't right for the platform under the current circumstances, then the company could make adjustments, the spokeswoman said.

The coronavirus shutdown did hit Quibi at its core. People are under quarantine, making its concept of “quick bite” viewing seem misaligned with the moment. (Quibi drew its name from the combination of “quick” and “bite.”)

The pandemic surely threw a curveball at Quibi’s launch, says Brad Stockton, VP of video innovation at Dentsu Aegis Network. Stockton works with two of Quibi's early sponsors and said they have not asked to renegotiate their upfront deals. Stockton declined to discuss the brands by name for this story, but was optimistic that Quibi could deliver as a fresh source of premium digital shows. “They need to find ways to incorporate true connected TV behaviors,” Stockton says. “Consumers are always lusting for premium content and that's what we see Quibi as.”

In response to the fact that potential viewers are now mostly isolated in their homes, Quibi said in April that it would build a feature that casts its shows to TV sets. In May, viewers on Apple phones will have casting powers, and that will arrive a “little later" on Android and other platforms, Whitman told Ad Age.

Quibi says that streaming the app to TVs was always part of the plan, and coronavirus simply forced it to move faster than expected.

Still, streaming to TVs is not what the advertisers imagined when they signed up. Brands were sold on the app as a completely new type of video experience, rather than another TV app. Quibi combined the time-wasting appeal of phones with the high-production value of Hollywood. Celebrities like Chrissy Tiegen, Liam Hemsworth, Sophie Turner, Chance the Rapper and Reese Witherspoon star in its shows.

Quibi has raised a jaw-dropping $1.8 billion to fund its programming.

General Mills is advertising Old El Paso and Oui By Yoplait yogurt on Quibi, according to Ivan Pollard, chief marketing officer of General Mills. Pollard says there are still moments when people could use a Quibi distraction at home.

“It’s designed for on-the-go but it didn’t take any of the wind out of our sails because I think what on-the-go means right now is going from one Skype or one call to another,” Pollard says. “It’s actually quite fun as a little break, on-the-go between your laptop and your telephone, and you have a quick Quibi. We thought it might be worth sticking with it.”

General Mills will keep its Quibi campaigns humming, but Pollard says he does want the app to “get back to being on a phone.”

Taco Bell’s marketing team is sticking by Quibi, too. “We went into the program knowing it would be a less predictable investment than other media choices,” said Sasha Wolfe, Yum Brands head of media, in an email. “We are as committed as ever to be a part of the program as people discover it and the user base grows.”

When Quibi launched it offered viewers a 90-day free trial; after that they would be asked to pay $4.99 a month or $7.99 without ads. Quibi saw 2.7 million downloads in its first two weeks. On May 11, Jeffrey Katzenberg, the Hollywood mogul who co-founded Quibi with Whitman, gave a candid interview to The New York Times in which he discussed the app’s early turmoil. “I attribute everything that has gone wrong to coronavirus,” Katzenberg said. “Everything. But we own it.”

Quibi’s latest figures show there have been close to 3.5 million downloads and 1.3 million active users, The Times reported.

The company faces another outside threat in the form of a lawsuit. A startup called Eko claims it owns the patent to the “turnstyle” technology found in Quibi’s shows and ads. There has also been some executive churn within Quibi’s corporate ranks. In April, Megan Imbres, Quibi’s head of brand and content marketing, became the latest executive to depart.

The advertisers who spoke for this story say they receive performance reports almost daily that track the number of people who see their ads, and that provide details about the target audiences. Advertisers can analyze whether their ads reach certain segments of consumers and how often their ads run. The advertisers are also keeping a particularly close eye on “frequency,” which is the amount of times an individual is exposed to a commercial. Bombarding a viewer with the same ad leads to a poor experience and can wind up harming the brand.

One advertiser who spoke on condition of anonymity, says that Quibi’s opening day was bumpy, but since then campaigns have run as planned. "That first day it was a complete bomb," says the advertising executive. "It did not deliver nearly as many impressions as we anticipated or were hoping to see. But since day one it really ramped up."

“Even in these unprecedented times, we are seeing incredible results and engagement that speak to the potential of the platform in reaching new audiences,” Quibi’s spokeswoman said.

Some advertisers were worried that viewers wouldn’t stick around after the free trial. The promotional period ends after 90 days for anyone who signed up before May. "Is that enough time for people to build a habit, for it to become a place that they feel is a necessity?" says another agency exec, who also works with Quibi sponsors and spoke on condition of anonymity.

By all accounts, Quibi was cocksure about its prospects when it landed the original sponsors. The company told other brands and agencies that its ad card was full until 2021. On Madison Avenue, that limited supply of commercial space helped create a sense of scarcity and built a mystique around Quibi.

Jennifer Kohl, executive director of integrated media at VMLY&R, says that the agency is still interested in learning more about Quibi, and could advise brands to try it. Kohl even recently drafted a new pitch for clients to teach them about the app, and says she has been in contact with Quibi's sales team.

"It is a new platform, a new technology that's out there," Kohl says. "I'm sort of fascinated by them, everything about it, whether it's the turnstyle technology, whether it's launching in a pandemic."

Kohl says that Quibi's sales team said pre-pandemic that it would not have space for more advertisers until its first deals expired in 2021. But there could be ad openings sooner than anticipated.

"We're looking at them as a potential ad platform," Kohl says.