Russia Spent $1.25M Per Month on Ads, Acted Like an Ad Agency: Mueller 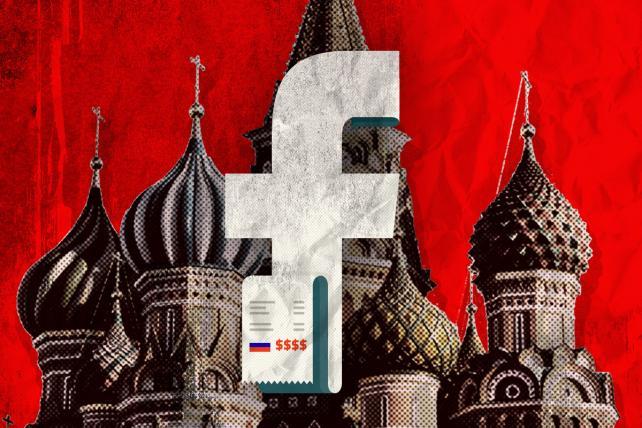 U.S. Special Counsel Robert Mueller unveiled the details of an allegedly widespread and coordinated campaign by Russians to influence the U.S. presidential election in favor of Donald Trump, delivering on his initial mandate by the Justice Department.

In an indictment announced Friday in Washington, Mueller describes a years-long, multimillion-dollar conspiracy by hundreds of Russians aimed at criticizing Hillary Clinton and supporting Senator Bernie Sanders and Trump. Mueller charged 13 Russian nationals and three Russian entities and accused them of defrauding the U.S. government by interfering with the political process.

Those involved spent some $1.25 million per month on ad campaigns and measured their efforts much as an ad agency would, according to the indictment. It says the group kept track of metrics like views and comments, and measured engagement.

Prosecutors provided a remarkably detailed picture of how Russians used social media, fake rallies and secretive operatives in the U.S. to create "political intensity" by backing radical groups, opposition social movements and disaffected voters. The outreach from the Russians included direct contact with over 100 Americans.

This "information warfare" by the Russians didn't affect the outcome of the presidential election, Deputy Attorney General Rod Rosenstein told reporters. Trump and his Republican supporters have repeatedly denounced the Mueller investigation as a "witch hunt" and have denied any collusion. The indictment cites no instances of Russians coordinating directly with the Trump campaign.

Still, the accusations detail unprecedented foreign attempts to influence the outcome of a U.S. election, including the manipulation of accounts at big U.S. companies like Facebook, Twitter, PayPal and Instagram. Those companies will continue to face pressure to clamp down on fraudulent accounts or risk a government crackdown from intelligence officials who have warned that Russians are already engaged in influencing the 2018 midterm elections.

The president has been briefed on the indictment, the White House said. The Russian government called the accusations absurd. Mueller's office said that none of the defendants was in custody.

Beyond the 13 people indicted, Mueller announced the Feb. 12 guilty plea of a California man for identity theft, Richard Pinedo, who is cooperating with prosecutors. The indictment of Russian individuals and companies also suggests a broader conspiracy than Mueller charged, saying grand jurors heard about others involved in the scheme.

Richard Painter, who was the chief ethics adviser in the George W. Bush administration, said the lack of any evidence of collusion in the indictment wasn't the final word by prosecutors.

"They're charging what they know," he said. "The contact with the Trump campaign might be unwitting in this case, but that doesn't mean that the collaboration issue is finished."

The Internet Research Agency, a Russian organization, and the defendants began working in 2014 to interfere in U.S. elections, according to the indictment. They used false personas and social media while also staging political rallies and communicating with "unwitting individuals" associated with the Trump campaign, it said.

In a Feb. 10, 2016, planning memo, the Russians were instructed to "use any opportunity to criticize Hillary and the rest (except Sanders and Trump—we support them)."

The operations also denigrated candidates including Ted Cruz and Marco Rubio, Trump's rivals in the 2016 Republican primary, the indictment said.

The efforts included contact with "unwitting" Trump campaign officials, with the goal of "impairing, obstructing, and defeating the lawful government functions" including the election.

The group bought advertisements on U.S. social media and created numerous Twitter accounts designed to appear as if they were U.S. groups or people, according to the indictment. One fake account, @TEN_GOP account, attracted more than 100,000 online followers.

The Russians tracked the metrics of their effort in reports and budgeted for their efforts. Some traveled to the U.S. to gather intelligence for the surreptitious campaign, according to the indictment. They used stolen U.S. identities, including fake driver's licenses, and contacted news media outlets to promote their activities.

In September 2016, the group ordered one worker to "intensify criticizing Hillary Clinton" after a review found insufficient anti-Clinton activity.

The effort went well beyond social media. The Russian effort included organizing rallies for Trump and paying Americans to participate in them or perform tasks at them. One American was paid to build a cage on a flatbed truck; another was paid to portray Clinton in a prison uniform.

Rallies were promoted with Facebook ads. Paid ads included this one on Oct. 19, 2016: "Hillary is a Satan, and her crimes and lies had proved just how evil she is."

After the election, the group organized both pro- and anti-Trump rallies, including a "Trump is NOT my President" rally in New York the week after the election and one in Charlotte, North Carolina, the following week, the indictment said.

The Russian organization had settled on Trump as their favored candidate by at least April 2016 and began producing and purchasing ads promoting the reality-TV star to voters and "expressly opposing Clinton," according to the indictment.

In June 2016, the defendants allegedly posed as grassroots activists using the account @March_for_Trump to contact a volunteer for the Trump campaign in New York. The volunteer agreed to provide signs for their "March for Trump" rally, according to the indictment. By August, the accused Russians were communicating with unwitting Trump campaign staff involved in local community outreach to discuss their fraudulent "Florida Goes Trump" rallies.

Two years before the election, the Russians began monitoring groups that use social media sites to influence U.S. politics and social issues, tracking the size of groups and how popular they were with their audiences, according to the indictment.

Several Russians traveled around the U.S. to gather intelligence for their operation, posing as U.S. political and social activists, the indictment alleges. They used clandestine methods to communicate and gather information, employing special cameras, "drop phones" and "evacuation scenarios" to ensure security.

The Russians set up Facebook and Instagram groups with names that targeted such issues as immigration, religion and the Black Lives Matter movement. They also controlled numerous Twitter groups that appeared to be controlled by U.S. people, such as "Tennessee GOP."

They spent thousands of dollars a month to buy advertisements on social media groups, while carefully tracking the size of U.S. audiences they reached, according to the indictment.

All of the people and companies charged in Friday's indictment were connected in some way to the Internet Research Agency, a company widely reported to be a front for Russian government influence campaigns on social media. The company and 12 of its current or former executives and employees were charged.

Prosecutors also charged Yevgeniy Viktorivich Prigozhin, a Russian restaurateur and caterer widely known as "Putin's chef" for hosting his state dinners with foreign dignitaries, and two of his companies. The companies, Concord Catering and Concord Management and Consulting, have Russian government contracts. The special counsel alleges that they provided the financing for the Internet Research Agency's operations.

"Americans are very impressionable people, they see what they want to see. I have great respect for them. I'm not at all upset that I ended up on this list. If they want to see the devil—let them see it," Prigozhin told RIA Novosti.

~ ~ ~
CORRECTION: Due to an editing error, an earlier version of this article's headline said Russia allegedly spent $1.25 million on ads to influence U.S. politics. The figure is $1.25 million per month.