Programmatic Goes to the Dogs in Saatchi Pet-Matching Effort

Programmatic advertising is about to go to the dogs. In a campaign breaking in November, a Beverly Hills, Calif.-based animal shelter will use digital targeting techniques aimed at finding perfect pet-owner matches. The campaign was developed by Saatchi & Saatchi L.A. on a pro bono basis for the Amanda Foundation, a nonprofit that rescues dogs and cats spending their last days at Los Angeles city and county shelters.

The agency will target banner ads for specific pets to people based on their digital behavior. So if someone appears to be athletic, they would be sent an ad for an active breed like a pit bull, including a picture of an actual pooch that is available for adoption. The campaign, called "Digital Pawprint," is "the world's first pet adoption drive that is driven through programmatic media matched up with creative," said Chris Pierantozzi, a creative director at Saatchi L.A. At right are some examples. 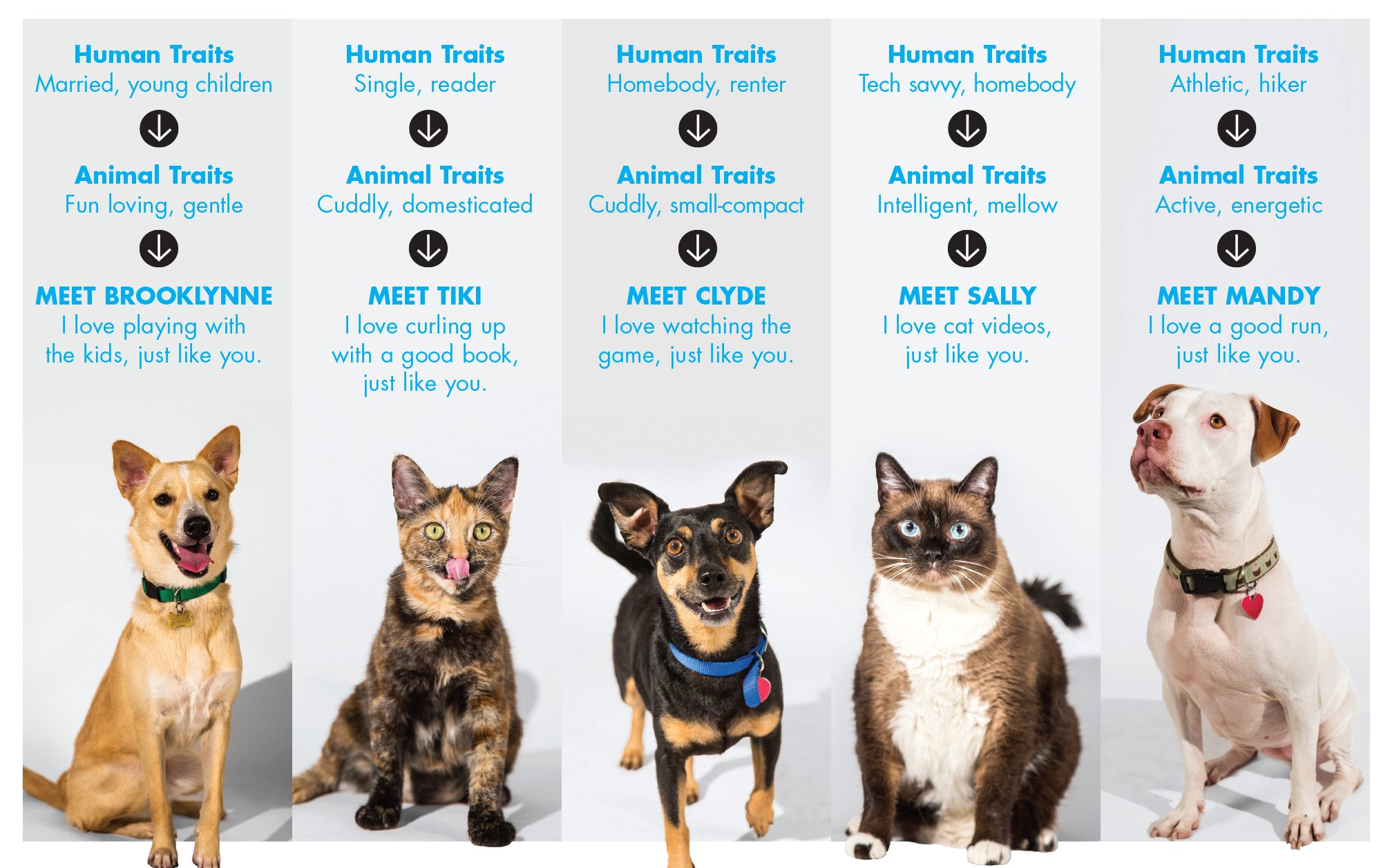