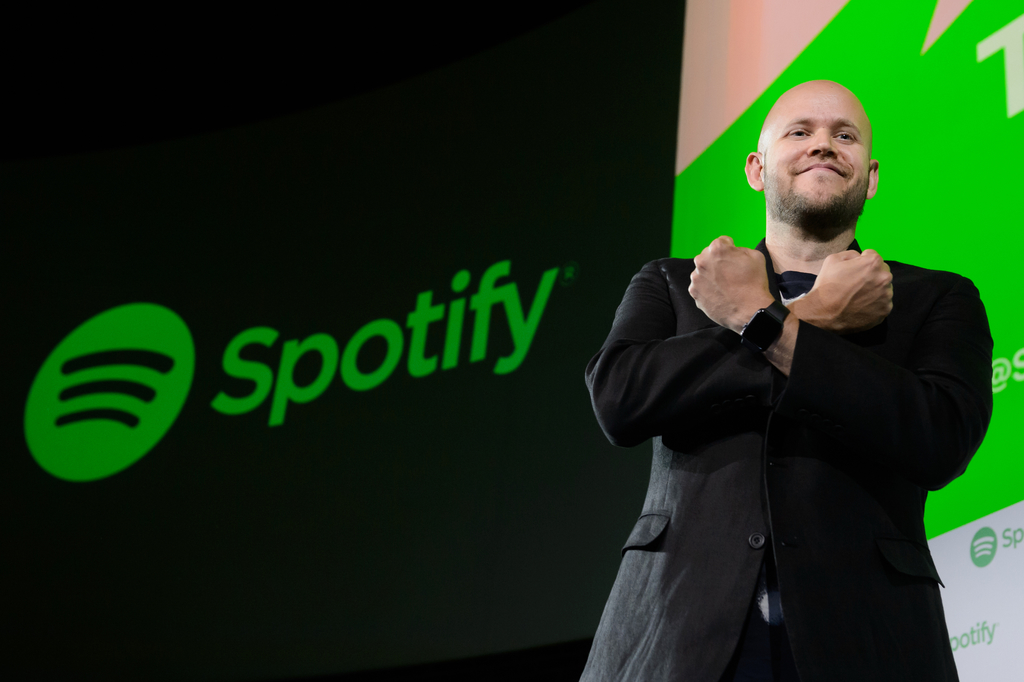 Spotify Technology SA is testing a new version of its app that gives podcasts more prominence, an overhaul the company hopes will make it easier for people to find and listen to the radio-style programs.

Tabs at the top of users’ libraries display the words “music” and “podcasts” in a large font, according to people familiar with the matter, making podcasts more prominent and accessible than they are now. Spotify has already tested the changes for some users, said the people, who asked not to be identified because the plans aren’t public yet.

The new version of the app puts podcasting and music on equal footing, marking a clear signal that Spotify wants to be in all forms of audio. The company has spent about $400 million this year buying three podcasting companies, and has invested in original podcasts that are available only to its users.

Despite Spotify’s recent flurry of activity, Apple Inc.’s podcast app is still the dominant way most people listen, accounting for more than 60% of all listening, according to several industry executives. Spotify accounts for 10% to 20% of listeners for many top podcasts, but Chief Financial Officer Barry McCarthy said in an interview that the Swedish company is working to make audio programs easier to find.

'No search engine'
“There are plenty of podcasts we’d all enjoy if only we knew they existed,” McCarthy said last week in an interview. “There is no search engine, no search interface that understands what podcast you and I like. We’re working hard on that problem.”

Swedish entrepreneur Daniel Ek built Spotify into a $25 billion business by giving consumers in more than 60 countries access to millions of songs on demand. With more than 100 million subscribers and 200 million users, Spotify is the largest paid music service in the world.

But the company’s recurring losses are major source of concern for investors. Music rights holders commandeer more than 60% of Spotify’s revenue in the form of royalties. And the company has agreed not to push for another cut in licensing fees in the current round of negotiations with the music industry.

As a result, Spotify has experimented with other ways of reducing the share of revenue gobbled up by music royalties, such as enabling artists to bypass record labels and upload their work directly. While the program has attracted hundreds of artists, most of the world’s biggest acts are staying with their labels. Taylor Swift, one of the best-selling acts in the world, just signed a new deal at Universal Music Group.

Ek hopes podcasting will lure advertisers from radio, which still generates billions of dollars a year in sales. Advertising accounted for less than 10% of Spotify’s revenue in the most recent quarter, and podcasting could raise that proportion in time, helping to turn Spotify into a profitable technology giant like Apple and Facebook Inc.

Spotify’s embrace of podcasting has unsettled the music industry. Industry sales have grown four years in a row, and paid streaming services led by Spotify now account for almost half of that figure. Record labels have scrambled to respond. Universal Music Group, the world’s largest music company, struck a deal with Wondery Inc. to co-produce podcasts.

Different approaches
Ek has tried to draw attention to Spotify’s offerings by running ads on popular podcasts like ESPN’s “The B.S. Report,” and buying exclusive rights to certain programs, such as one hosted by former rapper Joe Budden. The company is still toying with different ways to make podcasts more visible.

In the current version of the app, podcasts are just one of eight options at the top of users’ library pages, sitting beneath six different music-related options. In the new version, users can select the library page, then select a more prominent podcast link and browse different episodes and shows.

“We want you to get there in two clicks versus seven,” said McCarthy, the CFO.