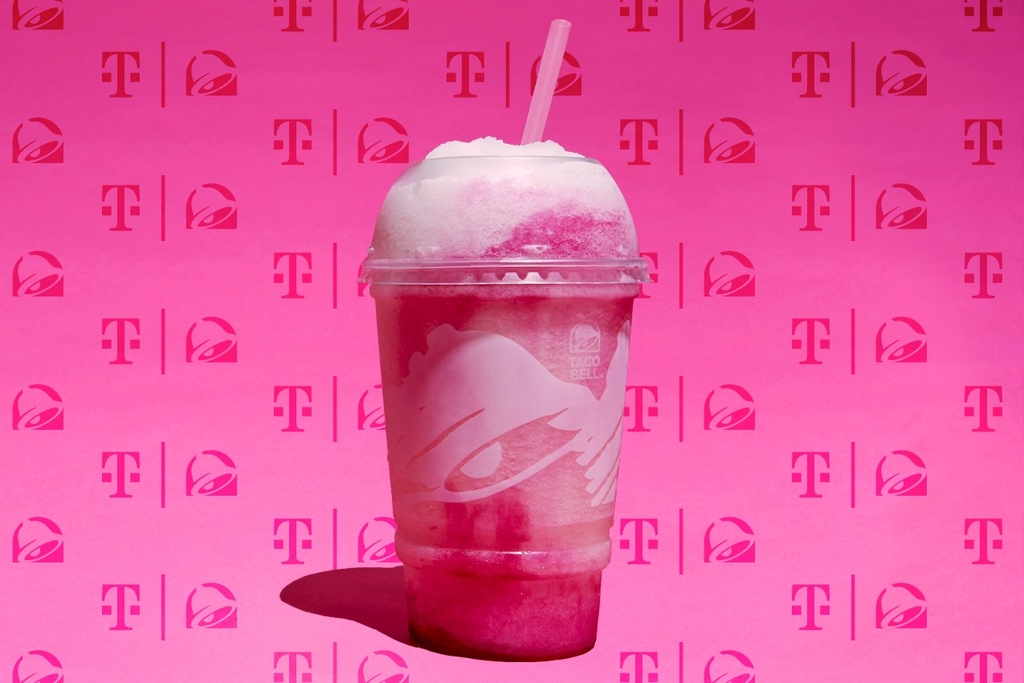 T-Mobile and Taco Bell will debut a trio of co-branded stores dubbed “T-MoBell” next week, as the self-styled “un-carrier” moves to further grow its rewards program.

The co-branded Taco Bell stores will appear in New York, Chicago and Los Angeles from July 23 to July 25, and offer anyone who visits “T-MoBell” swag, slushies and tacos. The company says celebrities will also be in attendance, though it hasn’t specified who.

T-Mobile first teamed with Taco Bell during this year’s Super Bowl, when the company ran an ad during each quarter promoting its rewards program, T-Mobile Tuesdays, which gives customers free goodies such as Papa John’s pizza, $10 Lyft credits, socks and even a subscriptions to MLB.TV (about $120 value).

The problem: Few customers actually take advantage of T-Mobile's rewards program. The company told Ad Age in February that only 4 million of T-Mobile's 74 million customers use the service each month.

Still, T-Mobile’s Super Bowl blitz may have paid off—at least in the immediate short term. The company says its rewards app jumped to the No. 1 spot in Apple’s App Store shortly after its Super Bowl ads ran. The company declined to share specifics, but T-Mobile saw roughly 34,000 downloads the day after the big game, its highest total over a 24-hour span since August 2018, according to Sensor Tower, a company that specializes in providing marketing intelligence in the app arena.

Mike Belcher, T-Mobile VP of business development and partnerships, claims the Super Bowl ads and T-Mobile's rewards program are not part of any overarching marketing strategy. "It's part of what makes us the 'un-carrier,'" Belcher says.

The stated goal of the company's "un-carrier" rhetoric is to get rivals to pick up new habits and, ultimately, change the tone of the industry. Toward that end, T-Mobile has offered such deals as unlimited streaming to platforms such as Netflix, and eliminated contracts. T-Mobile Tuesdays falls into that bucket, as carriers such as AT&T, Verizon and Sprint have each adopted similar efforts.