Target Gets Into Halloween Spirit With Virtual Reality, Mobile Site

Efforts Is Geared at Halloween Enthusiasts, Parents and Party-Throwers
READ THIS NEXT
Brand safety report reveals the dangers for advertisers on platforms like Facebook and YouTube

In a follow-up to last year's "Halloween Hills," this year, Target is celebrating Halloween with a YouTube virtual reality series and a mobile site that helps trick-or-treaters' parents find the best houses. 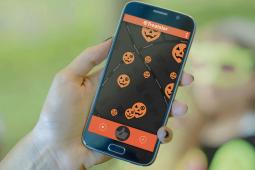 The virtual reality series, "The House on Hallow Hill," was created in-house and will be available on YouTube. It includes six videos, starting with an introductory scene to set the tone. In the introduction, a viewer will see a haunted house (a mansion in Minneapolis, where Target is headquartered, was used). As a hand grasps a phone to photograph the house, a raven swoops in and takes the phone. YouTube cards pop up, prompting the viewer for a next action such as exploring one of the mansion's rooms: "The Ghoulish Graveyard," "The Candy Carnival," "Dinner with Ghosts" and "Day of the Dead."

Kristi Argyilan, senior VP-media, guest engagement and measurement at Target, said the video series is targeted at Halloween enthusiasts. "There's a particular group that's just fanatical around Halloween," she said. "There's a lot of pressure for them to decorate in what we call an epic sort of way. They also are incredibly busy, so their ability to execute Halloween in a way they'd want to is difficult."

That's where the video comes in: once viewers explore a virtual room, they can shop items that are part of that room's theme. Once the experience is finished, the viewer gets a 10% off promo code. The retailer is targeting consumers who are decorating their homes, prepping their kids or hosting a Halloween party. Social conversation is significant around the holiday and in the weeks leading up to it, so Target hopes to reach people while they're online and looking for inspiration.

There's also Target's "Treatster," a mobile site that helps parents find the best trick-or-treat spots in their neighborhood. The site was created with 360i. Using Google Maps' API, the mobile website will crowdsource information from parents, who can use it to up-vote the best areas by tagging their locations as a "treat." The more "treats" a location has, the larger its pumpkin will appear.

The mobile site, Ms. Argyilan said, is about the joy and excitement around the holiday and "allowing guests to engage in holiday in the way that they naturally would," Ms. Argyilan said. "They're tweeting, and they're posting on Facebook. [The mobile site] is really about delighting kids and family when they go trick or treating."

The mobile site won't use specific addresses, and people can't get a "street view" on the mobile site; the site is meant to be more of a general reference. People can only vote on a house once.

Social influencers will take part in the campaign, too. The YouTube-famous Holderness Family will create a Halloween music video for Target, and Joy Cho, known for her Pinterest presence, blog and other platforms, will take part in Treatster. Additionally, Target created a limited number of GPS-enabled 3D pumpkins that we'll be given to influencers who can use them to press a button and mark epic houses along the way.