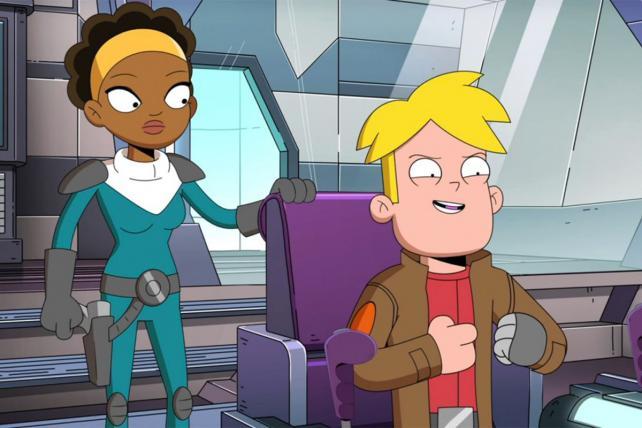 A new cartoon from TBS called "Final Space" is going after "Rick and Morty" fans with a livestream premiere on Reddit.

TBS is running an ad campaign on Reddit to give viewers an early look at the animated sci-fi show two weeks before it debuts on TV. It's the first time a TV show will stream on Reddit, a site with thousands of fandoms and user-generated communities, adding up to more than 50 million monthly U.S. visitors, according to ComScore.

TBS could have streamed "Final Space," created by Olan Rogers, on Facebook, Twitter or YouTube, but Reddit users are known aficionados of cartoons and science fiction. TBS's sibling network Cartoon Network has cultivated a rabid following for its own hit sci-fi animated series "Rick and Morty," which has a community of 750,000 fans on Reddit.

"We wanted to look at doing something different, that stands out in a crowded marketplace," says Natali Johnson, director of marketing at TBS. "This was a fresh way of putting the show in front of that audience."

"Final Space" has been a hotly anticipated cartoon ever since Rogers posted a pilot to YouTube in 2016. It was conceived well before that in an earlier iteration called "Gary Space."

So it's not a "Rick and Morty" clone, TBS wants you to know. "It stands on its own," Johnson says.

Still, it will go after the same audience, and this week TBS has been seeding Reddit with ads promoting Thursday's streaming premiere.

Rogers will then appear on Reddit for a question-and-answer session known as an AMA, which stands for "ask me anything."

"Reddit is that home for fandom, for people to geek out about something," Johnson says. "We want to generate conversation around the show, and get the right people talking about it."