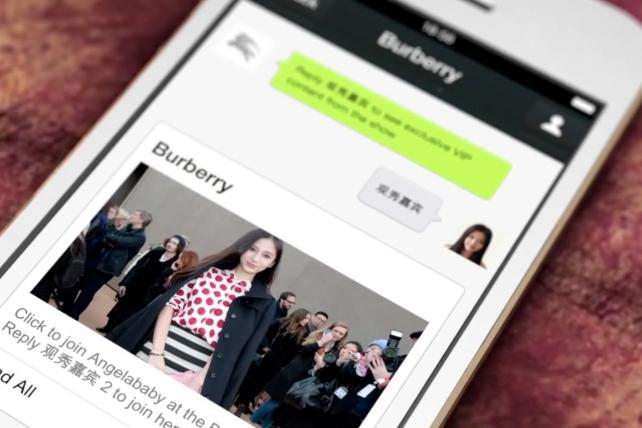 Chinese internet giant Tencent Holdings Ltd. posted a 50% leap in quarterly profit as it reaps higher revenue from more than 1 billion users of its WeChat and QQ messaging services.

Net income climbed to $941 million in the three months that ended Dec. 31, up 50% from the year-earlier period, the Shenzhen, China-based company said in a statement Wednesday.

Billionaire Chairman Ma Huateng is finding ways to make money from instant messaging through advertising and payment services as Tencent steers shoppers to e-commerce partner JD.com and expands its game lineup to compete with Alibaba Group Holding Ltd. The company is trying to reach more users with deals to stream content such as "Game of Thrones" and to make WeChat among the first applications integrated with Apple's smartwatch.

"We expect Tencent earnings to improve this year as they introduce advertising to WeChat," said Ricky Lai, a Hong Kong-based analyst with Guotai Junan International Holdings. "They will increase monetization from the platform by e-commerce, online games and advertising."

The company's stock has gained 21% this year, compared with a 2.2% increase in the benchmark Hong Kong Hang Seng Index.

Fourth-quarter sales from the Value Added Service unit, which includes online games and messaging, rose 44% to $2.74 billion. Online advertising surged 75% to $422 million, while e-commerce transactions dropped 87% after Tencent put its shopping assets into a venture with JD.com.

Tencent is trying to cash in on the huge user base of QQ and WeChat, known as Weixin in China, with an open-platform strategy that lets third-party developers, marketing agencies and merchants such as Lenovo use the platforms to promote goods and services.

In January, Tencent extended its deal to be the exclusive digital partner for the National Basketball Association in China for five more years.

Tencent acquired 19.9% of Craigslist-like 58.com in June, after buying a similarly-sized stake in China's Dianping.com, a Yelp-like site that provides user-generated food reviews. It offloaded its e-commerce websites to JD.com after taking a 15% stake in the Alibaba rival in March 2014.