Marketers, Agencies Gathered to Discuss Where the Industry is Going and How to Keep Up
READ THIS NEXT
WhatsApp delays updated privacy policy after user confusion, backlash 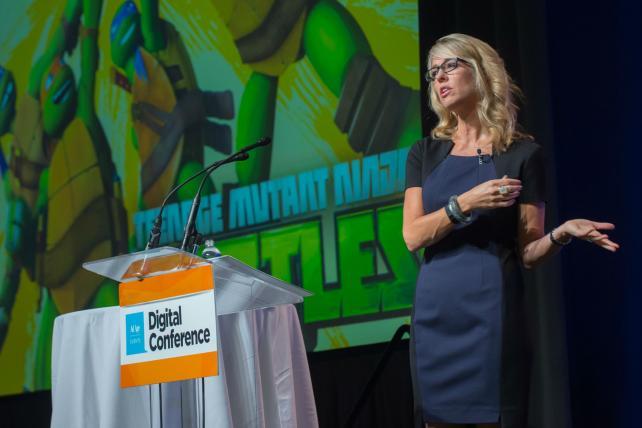 Prep for decisive post-millennials.
Consumers in the youngest generation, those born 2005 and onward, are markedly different than the generations that came before them -- and they are increasingly making family spending decisions. Nickelodeon and Target built a multi-media campaign tailored to this audience, which clings to multiple digital devices and is often very close to their parents. Pam Kaufman, CMO and president of consumer products at Nickelodeon, called it "the velcro family."

Build retail experiences around mobile devices.
To reach constantly plugged-in shoppers, create shopping that is constantly plugged-in. Young shoppers at Target spend 98% of their time on devices, said Rick Gomez, the retailer's senior VP of brand and category marketing. The retailer creates campaigns that have elements native to mobile and that trigger purchases from mobile devices.

Big changes are on the way for CPG advertisers.
Mark Mahaney of RBC Capital Markets spoke of the impact same day delivery -- now in place in ten U.S. cities -- will have on CPG marketing. When people order goods online and have them shipped the same day, he said, more dollars are bound to shift to digital channels. It's a behavioral change that's just taking hold, and one to keep an eye on as same day delivery takes hold across the country.

Distribution goes beyond social media.
Content distribution is more than just linking branded content on Twitter and Facebook. It may be free, and it's one means of distribution, "but it's fleeting," said Stephanie Lossee, editor and global communications lead at Dell. Related links will only go so far as well. Instead of just thinking about social media and related links as effective means of distribution, think about how to best create and distribute content over time. "You have to think about what the whole user experience over time looks like," said Adam Weinroth, CMO of OneSpot. "A layered multidimensional approach is the difference between something that works and a dud."

The ad fraud problem is equal to 5,000 bank robberies a day.
Marketing consultant Ted McConnell estimates $5 billion to $15 billion of advertisers' budgets is wasted on fraudulent ads each year, adding up to thousands of heists each day. "What would the government do if somebody was robbing 5,000 banks a day?" he said. "The best tech people in the world are on both sides of this -- the bad guys and the crime fighters."

Fight your true competition: the unknown.
No industry is safe from dramatic disruption, said Kyle Nel, executive director of Lowe's Innovation Labs. Retailers like Lowe's have swiftly seen their market share shrink from new, digital competitors. To stave off this assault, brand marketers should begin to operate like R&D departments, investing in the frontiers of industry evolution. "It's very hard to have a defensive strategy," Mr. Nel said." The only strategy right now is to have an offensive strategy."

Don't chase the shiny penny.
Brands should not rush into the latest technology fads, said agency executives who spend their time tinkering with the fresh gizmos. New frontiers, like virtual and augmented reality, still need to fit the overall branding strategy. And, more importantly, they need to make sense for consumers before marketers deploy them. "Is it useful? Does it actually solve a need for people?" Stephen Clements, executive creative director at the agency AKQA, asked about digital tools. "The red herring is just to use technology for technology's sake."

Companies must make culture a top priority.
Pinterest's employee base doubled in size last year and will again this year, said head of operations Don Faul. To make sure each employee buys into the company's mission, Pinterest holds companywide gatherings every two weeks to go over its vision and strategy, as well as share a user story to reinforce the social service's impact and fortify the company. "During those hard times, it's those people that intrinsically bought in that pull through," Mr. Faul said.