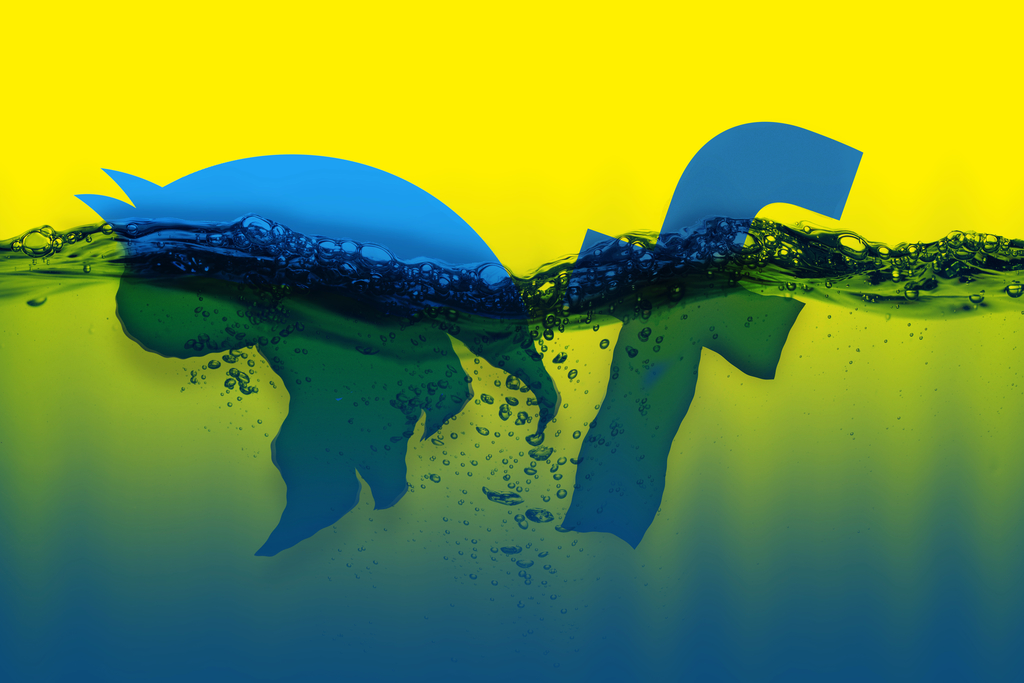 Twitter is on track for its biggest one-day drop since February and Facebook’s plunge from this year’s high accelerated as investors weighed the prospect of government oversight following the shootings over the weekend.

President Donald Trump said he ordered federal officials to work with the companies to try and identify people whose social-media postings indicate they may commit mass murder before they act. While Trump did not call for any specific regulations, the companies have been facing increasing scrutiny over how they police the content users post online and their power to influence public discourse.

The president’s remarks came in the wake of a pair of rampages in El Paso, Texas and Dayton, Ohio that killed 29 people. The alleged gunman who killed 20 people at an El Paso shopping center posted anti-immigrant screed online just before the attack.

Facebook, too, may be facing more tangible threats. Last week, the Federal Trade Commission was reported to be scrutinizing acquisitions by Facebook as part of an early stage antitrust investigation, according to people familiar with the matter.

The Global X Social Media exchange-traded fund fell as much 4.2 percent, the most since October. Twitter, the fund’s largest holding, fell as much as 6.3 percent, its worst performance since June 3. Facebook, which ranks second in the fund, was down as much as 4 percent, extending its decline from this year’s high to 11 percent. Snapchat slid as much as 4.6 percent while Pinterest lost 4.2 percent.

Video game stocks were also broadly lower after Trump cited them as a cause of violence. Firearms makers rose amid renewed calls for gun control measures, as is typical following mass shootings.

The S&P 500 Index dropped as much as 2.9 percent as U.S. equities were pressured by the latest escalation of trade tensions between the U.S. and China.