The three wireless carriers are also donating large amounts of in-kind services and technology to schools and students most in need
READ THIS NEXT
WhatsApp delays updated privacy policy after user confusion, backlash 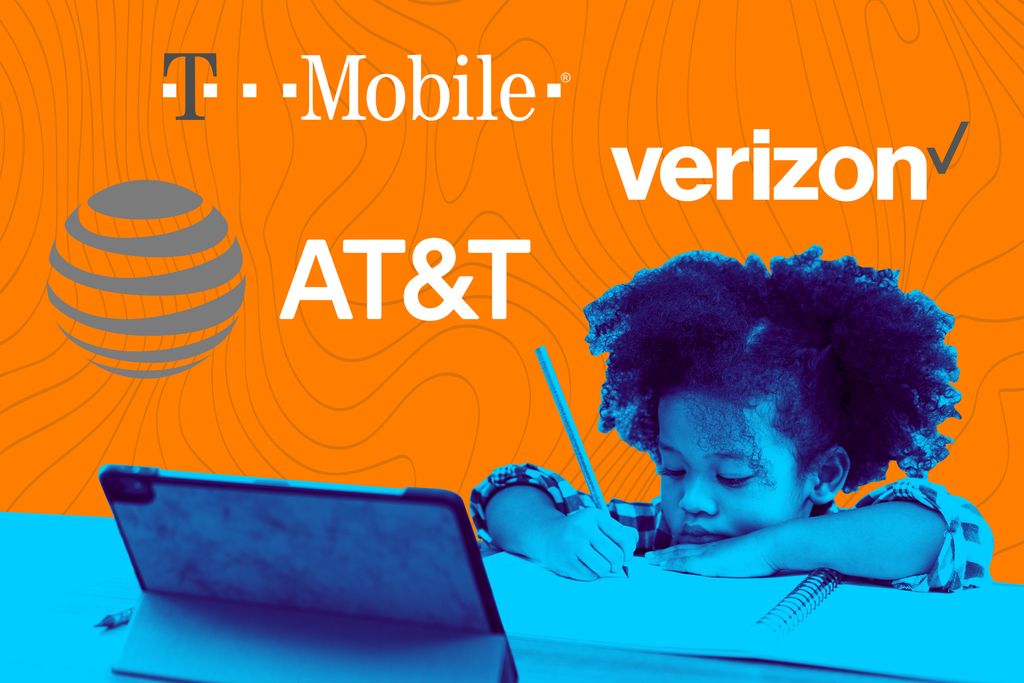 During a virtual conference with constituents and media earlier this month, San Jose Mayor Sam Liccardo said it’s become all too common to hear of students sitting “in a Burger King parking lot at 10 p.m. to finish their homework because they do not have broadband at home.”

Liccardo’s comments came after the California city closed a $3.5 million deal with AT&T to provide wireless hotspots to tens of thousands of students who are in need of online connectivity as they prepare to learn from home amid the coronavirus pandemic. “We cannot continue to move forward with our community where too many of our children are unable to learn online,” he added.

The situation in San Jose, however, is hardly unique.

Nationwide, nearly 55 million students are preparing to return to school this fall and the ongoing pandemic means many of them will be learning from home this year. Of those, an estimated 14 million are lacking the basic tools, like internet access and laptops, needed to take part in distance learning. The situation, or so-called digital divide, has created a lucrative opportunity for mobile carriers. Verizon, AT&T and T-Mobile are competing against each other by signing entire school districts and cities to massive deals that mostly include wireless hotspots. And they're doing so at a ridiculous pace.

Verizon, for instance, debuted its school-focused business arm, Verizon Innovative Learning, in 2012. The company had deals with 153 schools as of 2019. Come this fall, however, the nation’s largest wireless carrier will have nearly doubled that figure by adding an additional 111 schools to its roster of clients. Demand has been so great that the company told Ad Age it’s now expanding to high schools for the first time.

T-Mobile and AT&T, meanwhile, both declined to share figures, but agree that it would have taken them years to sign the amount of schools they've signed this year, were it not for the pandemic.

"In the early days of COVID, you had a lot of individual schools and school districts trying to solve for their students' lack of connectivity," says Mike Katz, exec VP of T-Mobile for business. "Now you’re seeing a lot more centralization at the state level as they move to solve this problem at scale.”

The stakes are also huge. Congress in March designated $30 billion for education after passing the CARES Act, with roughly $13 billion earmarked for K-12 schools. Current proposals for a second round of stimulus, if passed, would send an additional $70 billion to $175 billion to K-12 schools. Schools that represent large amounts of low-income families often capture the most money. “We have definitely stayed close to that,” says Katz. “We need to understand how dollars get distributed to quickly get solutions in front of school districts.”

Despite the increased opportunity for new business, marketing directly to a school's decision makers isn't an option. “It’s not effective,” says Matt Hickey, VP of public sector marketing at AT&T. “In a time of crisis, we have to show our customers that we care.”

As a result, carriers will often donate large amounts of in-kind services and technology with the schools. In the San Jose deal, for example, AT&T donated 8,000 hotspots, or $6 million of in-kind services. Verizon, meanwhile, has contributed by building critical infrastructure. It also aims to provide 10 million youths with skills training to thrive in the “digital economy” by 2030. And last spring, T-Mobile signed a deal with New York City schools to give out 300,000 iPads that act as hotspots to students lacking online connectivity. It also partnered with Apple to provide 1 million connected tablets to California students. And beyond San Jose, AT&T also provided laptops to students in Paris, Texas.

When that happens, companies will often lean on what differentiates them from their rivals. For AT&T, competition is an opportunity to highlight the company's robust security offering, says Hickey. Laws require schools to control and monitor which websites students can and cannot visit and the company provides turnkey software as part of its package.

“Security is something a school can do on their own,” says Hickey. “But schools are accelerating their remote learning so we felt it was important to build that capability in the offer so it is in one spot.”

Verizon, meanwhile, helps cover the cost of a “tech coach,” who helps administrators and teachers navigate the various apps and software required for online learning. “You can spend 15 minutes just setting yourself up for a class,” says Rose Kirk, chief corporate social responsibility officer at Verizon. “That is lost productivity.”

She adds that Verizon funds 50 percent of the tech coach’s pay because “we want schools to also have skin in the game. It builds commitment.”

Verizon also has employees that include multiple former teachers, school administrators, principals and superintendents. “You have to understand what schools are teaching, how they are teaching and what they are required to teach,” says Kirk. “That is why Verizon thrives as a company—we are deeply rooted in that sector.”