There are those within the digital advertising industry who argue its fraud problem attracts undue attention. Advances in the measurement of viewable impressions and attribution they say, are giving buyers a safer experience than ever.

But the numbers show fraud remains a significant, and hard to ignore, problem. Video ad server Vindico, for instance, says at least 11% of the ads it serves still end up in front of bots, according to a data analysis released today. 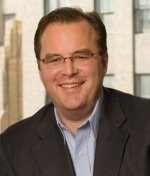 "We're being very very conservative," Vindico president Matt Timothy told Ad Age in a recent interview. "There's this growth by fear kind of operating philosophy that exists now, and that's not what we want to do."

The 11% figure is based off a sample of 8 billion impressions monitored by Adtricity, Vindico's traffic quality product, in the first quarter of 2014. In that time span, Vindico served a total of 12 billion video impressions.

Vindico's technology sniffs out bots by identifying abnormal traffic patterns and activity. One dead giveaway, Mr. Timothy said, is when a domain's traffic spikes to thousands of impressions per minute. "That would be one sign of trouble," he said. "Certainly there are more but they're always adapting."

When asked whether Vindico should stop every bot impressions it sees, Mr. Timothy said the company is currently speaking with its clients about how to approach the situation. "What we're working with our advertisers on now is when to block, what to block and what the economics are around blocking."

Blocking bots
Blocking all suspected bot traffic, in other words, isn't as simple as it may sound. "In the early stages it creates a lot of issues," Mr. Timothy said. "These are usually way down the chain, and aren't necessarily done by the big premium publishers. These are most likely ad networks and exchanges and it's been sold and resold three or four times and the original seller doesn't even realize sometimes where this is occurring."

"If you just slapped blocking across everything, you could end up doing more harm than good," he said.

Vindico doesn't refund ads served to bots since it's serving advertisers by helping them figure out where the bots are coming from, Mr. Timothy said. "We don't select the inventory. We don't buy the inventory for them. We don't own inventory," he said. "It's up to the advertisers to say 'I want to block this.' That's not up to us."

More attention
The industry is taking the problem more seriously, Mr. Timothy said. "The money has become more material in the space," he said. "Now someone can get fired for not doing things the right way. People are starting to really pay attention to it, and to the details."

Buyers, he explained were a bit complicit in the rise of fraud, promised high quality inventory for bargain prices. But now, he said, things have changed: "That's harder and harder to accept."