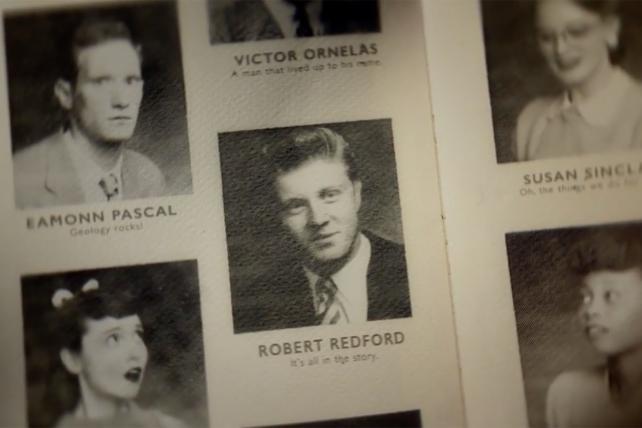 After over 60 years in the acting business, the Sundance Kid is calling it quits. In an interview with Entertainment Weekly, Robert Redford said that the movie he's currently promoting, "The Old Man & the Gun," will likely be his last. But the 81-year-old hasn't always been just a leading man on the silver screen—he's starred in a number of commercials, too. Here's a look back at some of the most memorable, including some he did well after becoming a movie star.

Well, we're almost positive this is Redford, I mean, it's hard to miss that face. But you almost could—that is, blink and you could miss his little turn for Burger King. The spot is about 29 seconds worth of skiing shots interspersed with burgers and fries, and it's not until the last second that the skier is revealed to be none other than Redford.

Redford lent his recognizable voice for this animated United ad back in 2004. It's paired with George Gershwin's "Rhapsody in Blue," a mainstay of United commercials.

Acting aside, Redford may be best known for his environmental advocacy work. In this campaign for Conservation International, Redford voices—what else?—a great redwood tree.