Does Your Brand's Personality Come Through In Social Media? | Ad Age
Skip to main content
Sign In Register

Does Your Brand's Personality Come Through In Social Media?

If Your Brand Is 'Badass' Better Make Sure Your Social Content Delivers
READ THIS NEXT
You Can't Stop Instagram Bots by Looking. Brands Have to Stop Buying Them
David Murdico

As the great comedian Mitch Hedberg once said "There's turkey ham, turkey bologna, turkey pastrami. Someone needs to tell the turkey, 'man, just be yourself.'"

The same could be said to brands, with regard to social media. This form of marketing has opened up two-way conversation with consumers. But to take full advantage, brands have to start establishing and employing social-media voices that match their perceived personalities.

Every product has a personality. Advertising and PR are crafted tell consumers "who" the product is and why they should fall in love with it, take it home, be its best friend, spend time with it and introduce it to their friends. But what happens when fans can talk directly to the product, and the product has to talk back? How is that product supposed to sound and act? What if the product says the wrong thing? What if fans find out the product isn't who they thought it was? What if it ignores them, speaks condescendingly or, worse yet, just bores them to death?

This goes for all brands and products, but with the Electronic Entertainment Expo rolling up on us, June 5-7 in Los Angeles, I'll use video games as an example. The games take chances and go places you can't go in real life, yet once they have to carry on conversations in real life, they often become shy, careful and conservative. Games are by nature entertaining, unexpected, controversial and edgy. Shouldn't conversations between games and their fans be that way too?

An agency or internal social-media team lays out a digital-marketing strategy and crafts and shares videos, social-media updates and other forms of digital content designed to spark conversation, encourage sharing, raise awareness and ultimately sell more video games. Then the fans get to talk back.

This is where many game publishers get nervous. Much of the daily back-and-forth involves the publisher saying a few things to let the fans know the game's "down" with them, and then getting out before saying too much or drawing fire from unwanted directions. Rather than challenging and even provoking fans, responding to negative comments with flair, or flat out telling idiots to shut up and go away, publishers run their social-media channels along a strict set of legal-department-approved, politically correct guidelines. What's fun about that ?

Part of the problem is that games can afford to be fun and reckless, while publishers often cannot. While video games are out running over hookers and torching pimps with flamethrowers, publishers have to consider legal and social concerns, rights groups and liability. The game can be about shooting zombies in the face, but if someone leaves a negative comment, the game's publisher has to react with sensitivity to the zombie community. The game encourages zombie hunting, but the publisher knows that if a kid shoots a real zombie in the face, the publisher might be liable for the incident.

My agency was managing social media for a fighting game and an update that included "badass" was disallowed because it contained that word. I'm not sure who we were trying not to offend, because the fans are saying far worse than that . To what extent should game publishers allow their social-media voice to get in there and roll around in the mud with their fans? Too many brands are setting up social media "playgrounds" where fans get to play on the swings and see-saws and those creepy little animals on springs (what are they called anyway?) but the company stays off to the side, just watching. Why not jump in and have fun? Will you wipe out your knee or get punched in the face by the playground bully? Perhaps, but what doesn't kill you will make you smarter.

Pre-written, approved Facebook updates and tweets are necessary to maintain a flow of information, but there should be more emphasis placed on actual back and forth conversation. Establish the voice of the game, just as you would establish the voice of a character. If the game would use swear words, then use swear words. If the game would say outrageous and unexpected things or instigate crazy calls to action, then let the game do its thing. Be organic. Practice more active engagement and less reactive engagement. Chat the fans up. Don't be shy. Game publishers are so worried about saying or doing the wrong things that they're missing out on the best part of social media, the part where they learn the most about their fans, what they want, and how they feel. These are the things you learn from being actively involved in the conversation, which bring the analytics, metrics, charts, graphs and numbers to life.

Try this approach and fans will recognize the consistency between the personality and the voice and reward you with an uptick in engagement. You'll likely see an increase in conversation surrounding the brand and the product. You may feel uncomfortable at first, but those are just the growing pains. 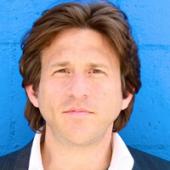