Producing a TV Series Without Showing a Burrito, Chipotle Takes a Risk

The Restaurant Chain Banks on Millennials Linking Its Product to Food-Safety Message
READ THIS NEXT
You Can't Stop Instagram Bots by Looking. Brands Have to Stop Buying Them 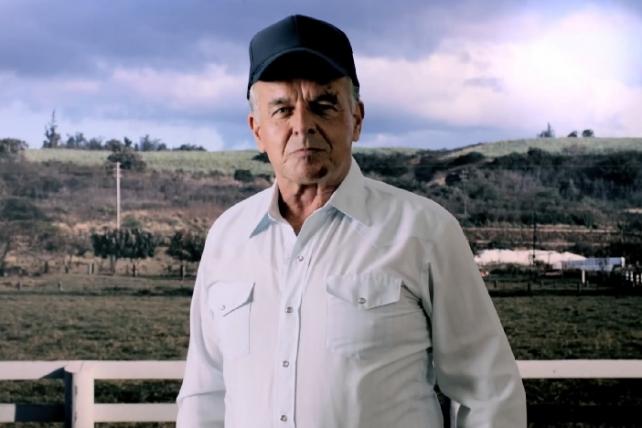 Chipotle did something radical last month. The company introduced its very own TV series, airing on Hulu. The first three 22-minute shows in the four-episode comedy series, titled "Farmed and Dangerous," are now available for viewing.

It's another example of the Mexican restaurant chain challenging industry convention. In 2012, it picked up the Cannes Grand Prix for its animated "Back to the Start" two-minute music video, which ran to a Willie Nelson cover of Cold Play's "The Scientist." That ad promoted the story of Chipotle's locally farmed ingredients.

"Farmed and Dangerous" takes branded content to another level by not including any branding at all in the show. Social Media Week organizers dubbed it Unbranded Entertainment. Chipotle and other advertisers placed commercials in the show, but by not including branding in the show itself, the restaurant has taken a risk that few marketers would entertain.

But Chipotle's chief marketing and development officer, Mark Crumpacker, said on a panel at Social Media Week, in which I participated, that he didn't consider it a big risk at all. Citing McDonald's significant marketing budget, which dwarfs his company's, he said Chipotle couldn't afford to rely on traditional advertising. The hope is that PR, buzz and social media will do much of the heavy lifting for the chain's message.

This is an interesting, albeit untested, new broadcast model for marketing. We've already seen Netflix and Hulu create premium original content online to compete again broadcast and cable networks. Chipotle's concept is to create an own original entertainment show that somehow presents its messge while it shares in the income of ads being placed on the show by other companies.

This model makes sense, of course, only if the right target audience, specifically Millennials, watches the show. What does the show have to do to succeed?

First, it has to be genuinely entertaining. Wisely, I think, "Farmed and Dangerous" is a satire. The lead character, Buck Marshall, played by Ray Wise, is head of the Industrial Food Image Bureau. Wise's character represents big-business interests that attempt to put a positive spin on genetically engineered foods.

Second, the show must have a message that connects with audiences. The serious message here is about the importance of food safety and sustainable farming. These are issues that Chipotle has championed from the start and are a concern for a growing section of the population. Chipotle reasons that as more people are discussing these issues, more of them will choose its brand.

Third, the show needs to walk a fine line between offering pure entertainment and overtly pushing the brand. Cross that line, and marketing savvy Millennials will turn off. Chipotle has chosen not to make references to the brand in the body of the show.

Twenty-two minutes of content and no burritos in sight. Only a handful of brands would attempt this. But, get the mix of story and message right, and you have content that consumers will want to watch, talk about and share.