READ THIS NEXT
You Can't Stop Instagram Bots by Looking. Brands Have to Stop Buying Them
Doritos' final year of its 'Crash the Super Bowl' contest yielded the Super Bowl ad 'Ultrasound.'
Credit: Doritos

From designing t-shirts for Threadless to solving complex innovation problems for NASA, crowdsourcing is proving to be an effective tool to tap into creative potential of people from all over the world.

Advertising, of course, is no exception. For the past decade, Doritos has used crowd-generated ads for its millions of dollars' worth of Super Bowl spots. These ads won USA Today's Ad Meter top spot four times during this 10-year period while never being out of the top five. It turns out that consumers who had a creative idea and a decent camera are able to beat many high-budget ads generated by big-name agencies. This success inspired Doritos to create a new platform, "Legion of the Bold," to interact with the crowd on a more permanent basis. "What we want to evolve to is people can create content throughout the year," Ram Krishnan, the brand's chief marketing officer, told Fortune.

Other companies prefer working with crowdsourcing platforms that already have a large community of creatives. Mattel recently announced a deal with Tongal for its brands, including American Girl, Thomas & Friends and Hot Wheels. Coca Cola China worked with eYeka for generating videos describing the taste of Coke. The list goes on and on: Procter & Gamble, General Mills, Nestle and many others turn to crowdsourcing platforms for creative videos.

When the purpose of a company is having an original and fresh perspective in its ad, crowdsourcing is perhaps the best way to go for it. Here is why.

First, the scale of crowdsourcing exceeds even that of the biggest global advertising agency. It brings in more people to focus on a certain ad brief. Marketers receive hundreds to thousands of videos to choose from. Naturally, receiving more ads increases the odds of getting a few truly exceptionally creative ones.

Second, the diversity of people involved in ad generation is far greater in a crowdsourcing campaign than any agency in the world. This allows marketers to get outsiders to think about the brand and, more importantly, use outsiders' fresh and novel perspectives in generating an authentic ad. History is full of creative breakthroughs from such unusual suspects.

Third, crowds and creatives in agencies are motivated for different reasons. Crowds are often motivated by intrinsic reasons -- they generate ads because they enjoy the creation process. Their participation is entirely voluntary. As opposed to creatives in an agency, they are not limited by clearly delineated roles and specific responsibilities. We know from psychology research that intrinsic motivation is the fuel for creativity -- when intrinsically motivated people think free from constraints and don't mind taking risks with their ideas.

In sum, crowdsourcing has a competitive edge over traditional agencies in terms of creativity thanks to its ability in activating a large, diverse and intrinsically motivated group of consumers.

Most agencies are understandably sceptical about crowdsourcing. After all, it has the potential to disrupt the entire ad industry. In fact, some of the concerns are quite valid. For example, there may not be any cost-advantages with crowd-generated ads as designing and coordinating a crowdsourcing campaign could be costly. However, creativity is not one of those valid concerns.

Visionary agencies are realising that the advertising world has changed and look for ways to adapt to it. They recognize the potential of crowdsourcing rather than fighting against it. John Winsor, the chairman of Victors & Spoils, puts it neatly: "If you ignore the world when you create advertising, the world will ignore your advertising."

BBDO has recently launched Flare Studio. As described by Nick Price, head of content at AMV BBDO and founder of Flare, "Flare Studio is a bold undertaking -- bringing the benefits of the crowd but also injecting it with the right amount of agency know how to make sure the work reflects an understanding of our brands and can work for them within the crowd source model."

Crowdsourcing revolution is here to stay. Brands and agencies should embrace it and look for ways to how to make most of it. The authentic and fresh perspectives that crowdsourcing brings might hold the keys for cutting through the advertising clutter. 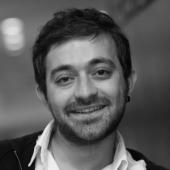 Oguz Acar
Dr. Oguz Acar is an assistant professor of marketing at Cass Business School, City University of London.
View all articles by this author