In Defense of Banner Ads: Everybody Hates Them, but They Work | Ad Age
Skip to main content
Sign In Register

In Defense of Banner Ads: Everybody Hates Them, but They Work

Display Ads Are Still an Integral Part of Broad Campaigns
READ THIS NEXT
You Can't Stop Instagram Bots by Looking. Brands Have to Stop Buying Them

The New York Times gave prominent front-page ink to "The Fall of The Banner Ad" on the occasion of the much-scorned format's 20th anniversary last week. Farhad Manjoo characterized online banner advertising as "one of the most misguided and destructive technologies of the Internet age."

Nineteen years ago next month, my agency, True North, ran its first banner ads for client US West. I remember an IT guy at the meeting where we presented the plan banging his fist on the table, declaring "The web should not be used for advertising!"

That IT guy was wrong, and frankly, so is Farhad Manjoo.

I won't argue against Mr. Manjoo's generalized aesthetic observations concerning banners cluttering websites. I also wouldn't compare the PennySaver to The New Yorker, or any air time on TLC to NBC's Thursday night block. Publishers control the look and usability of their sites, and I don't believe any of them woke up one morning wondering how the ads took over.

We continue to design and serve online display advertising (including the occasional banner) as an integral part of any multichannel campaign. We run hundreds of millions of ad impressions and know display ads are solid "introducers" to brand messages and also act as "influencers." Through complex analytics, we know when a person first sees an ad, if and when they later used search to follow up on the message, and when they landed on the website. Deciding to visit a website didn't just come to them in a vision. When someone purchases at retail, you don't credit the cashier with getting him or her into the store.

Many have declared that banners are ignored and ineffective. Behavior tells a different story. We see the banner's influence again and again. When we have stopped using banner display ads for clients, we've seen traffic, search and conversions plummet.

We abandoned the "click-through" metric years ago. It started nose-diving about a year after the novelty of "being online" wore off. What a responsible use of tracking analytics does show is the role online ads play in the path to conversion, whether the measured conversion is a site visit, lead, sale, donation or other action.

As for privacy, using non-personal information designed to limit seeing the same ad over and over (don't you wish TV did that?) or serving you a tire ad after you've searched a couple of tire websites, isn't just about improving ad effectiveness. It should also improve relevance. Sure beats "Punch the Monkey" or "Singles In Your Area" advertising on every site.

Everybody hates advertising. Or so everybody likes to say (unless it's cute, smart, funny, elegant, or some other crowd-pleasing quality). Banner ads, like any form of advertising, can be compelling or repellent. I'm tired of pundits declaring the patient dead without first bothering to check the pulse. If the data tell us otherwise, we'll be the first to put our client's money elsewhere. Until then, the banner lives. 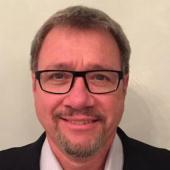