Engagement Is a B.S. Metric and Your Ad Agency Knows It | Ad Age
Skip to main content
Sign In Register

Engagement Is a B.S. Metric and Your Ad Agency Knows It

There's a Better Way to Measure Marketing Than Clicks, Impressions, Viewability
READ THIS NEXT
You Can't Stop Instagram Bots by Looking. Brands Have to Stop Buying Them

Mar-tech and ad-tech advances have given marketing professionals a massive toolkit by which to gauge the relative success of any digital campaign. We now have the ability to track the actions that a user takes after seeing an ad no matter the brand marketer's goal -- purchases, site feature usage, email signup, brand lift or in-store visit.

So why are we as marketers (especially agency marketers) so stuck on the term "engagement?" Industry trends suggest that digital brand advertising -- particularly on major publisher sites like YouTube -- tend to favor engagement and awareness-oriented campaigns over performance-based campaigns.

If you ask 100 different marketers to define engagement, you'll get almost as many answers. Some will talk about click-through rate (CTR), impressions served and ad viewability. If they are familiar with video, they might talk about completion rate. If they dabble in social, they might throw around platform-specific metrics such as likes, shares and comments. Each of these has its own issues.

The shortcomings of common engagement metrics

The vast majority of clicks are not valuable. They're often a result of accidental clicks or (worse yet) fraudulent bot traffic. Although accidental clicks might convert occasionally, CTR is a relatively useless metric. When your agency partners project a CTR of 2% (or higher) and claim that the traffic is genuine, they're lying through their teeth.

Impressions served and ad viewability are no more useful as metrics. Impressions are simply the number of times the ad was delivered and don't speak to the quality or value of whom the ad was delivered to. And although ad viewability tech projects the notion that those ads were seen by human eyes, the definition of viewability (e.g., 50% of pixels are visible for 1-2 seconds) is so loose that it's essentially meaningless. Worse yet, it's easy to fake. I've personally seen hundreds of sites that have a third-party verified 100% viewability score but are cookie-cutter sites that are put up en masse and flooded with robotic traffic to defraud advertisers.

Completion rates, likes, shares and comments are nearly as inconsequential as clicks and viewable impressions. Although these metrics do give some indication of a user interacting with the campaign or brand, it's a major stretch to claim that they're driving revenue. Employ all the sentiment analysis and on-target audience tech you want. Those likes your video on Facebook received aren't worth what you're paying your most junior community manager. Marketers who are proudly touting impressive stats in these areas dread the day that someone important asks, "OK, but so what?"

So if everyone knows deep down that these metrics are bogus -- and they are bogus -- why do agencies keep pitching them? Quite simply, they're easy to understand and communicate to brand clients who generally have a fairly primitive understanding of the real purpose of advertising. Also, they sound good. After all, if your brand spends thousands of dollars on a video ad, don't you want people to engage with it? Don't you want to know that they watched the whole thing? Don't you want to know that a highly touted algorithm reported that the impressions were served to the audience that your marketing team wanted to reach? Of course you do. But there's that pesky question again … "OK, but so what?"

But there's a better way: performance-based measurement. Third-wave e-commerce brands and mobile game publishers are leading the way and have seen massive successes in operating lean, data-driven marketing departments that are uniquely focused on performance. The problem for most brands and agencies is that implementing and measuring against real metrics is hard -- and they get harder to measure the more established your brand is. But just because things are hard doesn't mean they aren't worth doing.

So come on, marketers. It's time to stop being scared of the metrics that you know you should really be tracking. It's time to ditch engagement and focus on driving real value. 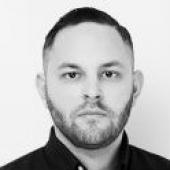 Justin Adler
Justin Adler is director of product and marketing at SourceKnowledge.
Follow View all articles by this author