Long Focused on Acquiring Companies Mostly for Their Talent
READ THIS NEXT
You Can't Stop Instagram Bots by Looking. Brands Have to Stop Buying Them

Back in 2008, I had the chance to lead Procter & Gamble's Joint Business Planning with Facebook and other big digital media players. The intent of the Joint Business Plan wasn't about just increasing advertising dollars. It was about sharing knowledge between the two companies with the goal of having a strategic relationship where we both became better businesses as a result. P&G expanded its digital knowledge while Facebook learned more about how brand marketers thought. Now that Facebook is buying the messaging system WhatsApp in cash and stock valued at $16 billion, it looks like the company didn't just learn how to think like P&G; it may be becoming a P&G as well.

What I mean is that Facebook appears to be using the Procter & Gamble playbook for building a "house of brands." This playbook is about building a portfolio of businesses that often will compete against each other but ultimately give your company a larger market share. For instance, P&G's global laundry market share is around 31%. This includes brands like Tide, Gain and Ariel, each of which contributes above $1 billion in annual sales. But the company also has brands like Bounce, Downy, Era and others that all compete in the same space. The same goes for baby care with both Pampers and Luvs as well as hair care with Pantene, Head & Shoulders, Aussie and Herbal Essences.

Facebook has long been an active acquirer, with WhatsApp being its 45th purchase by some counts. But its purchases have historically been either acqui-hires for the talent or foundations for future Facebook features. Hot Potato became the basis for Facebook Places, for example, while Karma became Facebook Gifts.

But this might be changing. The first indication was the purchase of Instagram in April 2012. At the time, Instagram CEO Kevin Systrom wrote bluntly in a blog post that "Instagram is not going away." As we near the second anniversary of that deal, those words have held true and Instagram is an even stronger brand today than it was back then.

With the WhatsApp purchase, the key message track for Zuckerberg and company is that "WhatsApp is on a path to connect 1 billion people." The talk isn't around how WhatsApp will fix Facebook Messenger, but about the potential of the WhatsApp brand and service.

P&G says its purpose is to "provide branded products and services of superior quality and value that improve the lives of the world's consumers, now and for generations to come." Facebook on the other hand says it wants "to give people the power to share and make the world more open and connected." With the addition of WhatsApp and Instagram, you could argue that these purposes are becoming more and more similar. Facebook now has three superior branded products to improve consumers' lives and connect the world better.

People were shocked at the price of Facebook's purchase of Instagram in 2012. And there is even greater disbelief as the WhatsApp acquisition goes down as one of the largest M&A deals in history. But in many ways, both of these deals are similar to the moves P&G made to buy Gillette for $57 billion and Clairol for $5 billion. With Gillette, P&G gained one of the strongest male grooming brands in the world, while Clairol was a foundation for the scale of P&G beauty. For Facebook, WhatsApp has the same role in messaging, while Instagram offers it for photos.

In the end, Facebook is increasingly following the same house of brands strategy that built the great packaged-goods companies like P&G, Unilever, and Nestle. I'd say it clearly learned something about building brands during all those Joint Business Plan meetings years ago. 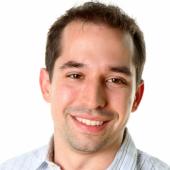