Understanding Mobile Content Consumption Is Critical For Advertisers
READ THIS NEXT
You Can't Stop Instagram Bots by Looking. Brands Have to Stop Buying Them

Think about the way you use your phone. It's likely with you at all times, and you use it throughout the day, between activities (or during them) to get news and information, watch videos, and stay up-to-date on what your friends and family are doing. Information comes at you quickly and often in bite-sized pieces.

Research done independently by both Facebook and Twitter over the last year shows that even in short amounts of time, we are processing and absorbing a lot of information. In one study on video ads, Facebook found with Nielsen that 47% of the value in a video campaign was delivered in the first three seconds, while 74% of the value was delivered in the first ten seconds.

Our two companies worked together on this piece because the separate research studies we did came to the same conclusions: Content consumption in mobile feeds is inherently different from content consumption on other platforms, such as desktop or TV -- and even different than on mobile apps and sites that aren't feed-based. Understanding this new medium is critical for advertisers, publishers, and people trying to make great video.

Seventy-three percent of people in the U.S. say their phone is always with them. And nearly half say that they check their phone more than 30 times a day, with that percentage increasing to 62% for millennials, according to research conducted by Facebook.

But people don't just consume a lot of content on mobile devices throughout the day -- they also process it faster. Twitter eye-tracking research has found that across all demographics, people consume content faster on mobile devices than on desktop computers. Facebook testing confirmed this finding: On average, people consume mobile content on Facebook faster than on a desktop (1.7 seconds vs. 2.5 seconds). Instagram, Twitter and Facebook all also found that scrolling speed varies by age, with younger people moving more quickly through their feeds.

According to independent Fors-Marsh tests, people can recall mobile news feed content at a statistically significant rate after only 0.25 seconds of exposure. In a separate study conducted with Nielsen, Twitter found significant ad recall of promoted video on mobile at the one-second threshold -- meaning that after only one second, ad recall goes up enough to be attributed to exposure.

What this means for video creators

People scroll and absorb content quickly when they're in a mobile, feed-based environment. On Facebook, 100 million hours of video are watched every day. There are tens of billions of video impressions each day on the platform, and we know from Nielsen that those first few seconds are valuable.

Yet when those initial seconds resonate, we also know that people watch a lot more of the video. When people watch the first three seconds of a video on Facebook, 65% of those people go on to watch at least ten seconds of the video, and 45% make it to 30 seconds. Twitter has also found a strong correlation between watching the first three seconds of a video and watching that video all the way through.

So then how do you earn a viewer's attention? Twitter, in partnership with ad agency Dentsu/Aegis, worked with Nielsen to do in-depth testing for five different brands. Comparing mobile video advertising of different lengths and creative approaches, the tests revealed some best practices, including the following:

2. Use people early on in videos to draw in viewers.

3. Consider that many people watch video with the sound off, so use subtitles in video.

People are watching more and more video on their phones, and time spent consuming this type of content will only continue to grow. We're also learning that people want to watch videos on mobile in different ways at different times, in fact, Facebook has been testing a number of new features that give people more flexibility when watching videos, whether they are watching a video in a news feed or sitting down to enjoy multiple videos in a row.

It's clear that people watch and absorb information in mobile-feed based environments in a manner that's different than other media, including desktop and television. But it's also clear that this is a new consumption pattern, and both companies will continue to work with advertisers, agencies and publishers to understand how value is created, in order to give people the best video experience possible. 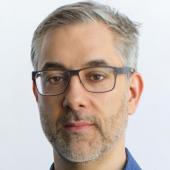 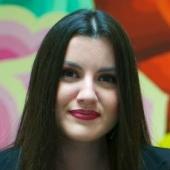 Fidji Simo
Fidji Simo is director of product at Facebook.
Follow View all articles by this author