How to Comply with FTC Social Media 'Influencer' Rules

READ THIS NEXT
You Can't Stop Instagram Bots by Looking. Brands Have to Stop Buying Them
Credit: Andrew Harrer/Bloomberg

While brands and social media influencers typically love to have followers, there is one most hope to avoid: the Federal Trade Commission. The FTC has made it clear that it is watching activity in social media channels, and that it is prepared to take action against both advertisers and influencers if "material connections" between an influencer and any promoted product or service are not clearly and conspicuously disclosed.

Given the FTC's increased attention to noncompliant social media posts, it is likely a question of when, not if, additional advertisers and social media influencers will be targeted in formal enforcement actions.

Although the FTC is operating without a full slate of commissioners and juggling competing priorities with limited resources, it has maintained a focus on influencer marketing. While some of that focus involves providing guidance -- such as the release of an updated set of FAQs answering 20 new questions about whether and how social media influencers should make disclosures in their social media posts -- the FTC has also signaled it is prepared to take action to ensure that marketers and businesses understand their legal obligations.

Warning letters
Beginning with a dispatch of 90 educational letters in April, the FTC initiated a campaign to remind influencers and marketers of their respective obligations regarding appropriate disclosures in social media of sponsored or incentivized product promotion and endorsements. But, apparently, those letters did not have the desired effect. In September, the FTC sent an additional warning letter to 21 of the previously contacted influencers, who may have concluded that the absence of a warning or threat of further action meant that the letter could be construed as merely a suggestion of best practices. The recent letters dispel that mistaken belief.

The most-recent FTC letters to influencers cite specific social media posts that are of concern, and ask recipients to disclose whether they have material connections to the brands identified in the referenced posts. The influencers are also asked to indicate what actions they plan to take to ensure all their posts endorsing or promoting brand products with which they have material connections clearly and conspicuously disclose their relationships. These warning letters amount to the FTC strongly cautioning the influencers that further action is likely if they don't heed these warnings.

Importantly, although the new batch of letters target influencers, the brands which maintain relationships with these influencers are also potential targets of FTC enforcement actions.

Steps to take
To reduce the risk of attracting FTC attention, and to minimize an advertiser's exposure arising from the activities of the social media influencers with whom they work, advertisers can take these three important steps:

Even though the FTC has its hands full with a long list of parties it has put on notice, it would be unwise to conclude that the FTC won't continue its campaign, and continue to be concerned with the activities of other marketers and influencers.

Marketers would be well served to review the FTC's Endorsement Guides and, in particular, the new FAQs, to ensure that they are complying with the FTC's guidance when executing their social media influencer campaigns. They can also benefit from ensuring that appropriate protocols are in place with their social media influencers to reduce the risk of being followed -- or worse -- by the FTC. 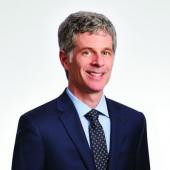