Marketers, It's Time to Ditch the Impression Metric

Three Metrics That Really Matter with Digital Campaigns
READ THIS NEXT
You Can't Stop Instagram Bots by Looking. Brands Have to Stop Buying Them

What if I told you that from now on, we were going to judge your professional (and hell, maybe even personal) success by what could have happened instead of what actually did? You'd think I'm full of some four-letter word and wonder what I'm doing in your office or at your dinner table.

In reality, this happens in marketing communications all the time. Industrywide, we use a specific metric to make financial, creative, programmatic and campaign decisions every day. And that metric, I would argue, does not offer any kind of true look at what's actually happening. The metric I am talking about is outdated and painfully simple, and it's called the "impression."

Impressions measure the number of people who potentially, maybe, for some brief moment could have been exposed to a piece of content. In my humble opinion, it's out of control -- in the literal sense. Our continued reliance on this metric is detrimental to marketing and communications growth and is in direct opposition to reality.

Let me take my foot off the gas for a second. Impressions are not totally useless. That's not the case I'm trying to make. They are mostly useless, but do have some value when viewed in the right context.

For example: Company A gets a great story in a notable publication with an average combined (online and offline) circulation of 60 million. This company is anxious to spread the news and tweets the story on its company handle to its 10 million followers. Next, the publication sends a tweet about the story to its 50 million followers. In an instant, two simple tweets have generated 120 million impressions. Factor in additional reach from retweets and inflation from paid promotion, and that number grows quickly, implying a very high engagement rate. This would be touted as a success in a standard campaign report (pie charts, word clouds and other fancy, smart lookin' stuff).

While reporting a combination of the circulation number, Twitter followers and Twitter shares may be accurate, it doesn't factor in the actual impact of the story. Measurable activity is virtually endless, and yet for the most part we don't even begin to maximize the potential. This phenomenon is driven by two things.

First, the numbers and outcomes that are more important tend to be smaller. If impressions are in the millions, "outcomes" are normally in the thousands or less. Second, digging deeper threatens to expose significant flaws in media buying, specifically online. That puts buying firms in direct opposition to the concept of looking deeper. As a result, when we look at reach, we only get a small portion of the story.

Here are three metrics marketers should consider when looking at digital campaigns:

1. Shares. Whether you're a marketer or in media relations, this simple metric is game-changing. On the marketing side, looking at shares gives a true measure of engagement. We can safely assume that someone who shares something is interested and feels connected to the piece of content. Whether their sentiment of that content is positive or negative doesn't matter -- they are engaged. On the earned media/PR side of the house, when someone shares an article, we are finally getting closer to the uber-metric: consumption. Compared to impressions, shares are always much smaller. That means they're too often downplayed or dismissed. But shares count.

2. Sentiment. I spent years working on digital strategy for a global financial institution. The company undoubtedly did a lot of good and made a major impact on the communities it served. But being a big bank, the company could not avoid its share of controversy or detraction. While impressions were high for a Father's Day campaign, the sentiment could not have been worse. In simple terms, of the 1,000-plus comments, nearly all were incredibly negative, expletive-filled rants about how horrible the company was. If we follow the impression theory, then this story could be made even worse: The post traveled through news feeds and along with it came all the negativity.

There's a lot that can and should be learned from digging into who the negative responders are. Such an exercise could inform community efforts, customer service, media relations, grassroots campaigns and more.

3. Quality of reach. What is the point of doing any marketing or communications at all if we're not reaching the right audiences? Like some of the other metrics I mentioned, numbers that represent quality reach tend to be smaller.

During my experience with a large tech company, we were targeting IT decision makers at mid-sized companies in the U.S. -- a group with a finite number in the thousands. When we would run a campaign on Twitter and LinkedIn, the numbers for reach we would see were in the millions, information aggregated from a mostly-irrelevant audience. While our paid media partners argued for quantity, in reality we needed to focus on quality, regardless of the challenges presented to a standard media buy.

The measurement model that is currently applied to digital marketing and communication campaign is antiquated and was developed years before the internet was even conceived. Dismissing this information or pretending it doesn't exist is the marketing/communications equivalent of being a climate-change denier. 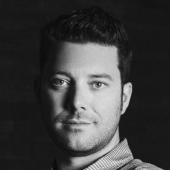 Adam Snyder
Adam Snyder is the managing partner of ALS Impact.
Follow View all articles by this author