Why the 'Math Men' Will Set Online Advertising Free

No Need to Fear the 'Math State' as Kendall Allen Calls It. Machines Will Free Us to Be More Creative.
READ THIS NEXT
You Can't Stop Instagram Bots by Looking. Brands Have to Stop Buying Them
Joe Zawadzki
Credit:
Joe Zawadzki

I've always liked Kendall Allen. But it's so hard seeing someone you respect hold a spectacularly wrong opinion. It's like discovering a best friend or spouse doesn't believe in evolution.

The early days of digital were not the halcyon times she remembers. Yes, they were fun because there were no rules, and fairly rewarding in that true experts numbered in the dozens. Shamans always have a relatively good standard of living even if absolutely poor.

Those days were actually a complete slog. Tribes of 22 -year-old planners, buyers, traffickers, junior analysts deployed to manage a digital channel that represented low single digit percentages of spend. There was simply not enough spend running through the system, and the process of executing digital campaigns was so painful, that nobody had time to actually think. Spend a day in planning, the next month in execution, another in triaging problems, and the last reconciling reports and negotiating makegoods. Fun, career-affirming work for those eager marketers looking to think outside the box, most assuredly!

In the past three years, all of those scary concepts of RTB, DSP, ad exchanges and data exchanges have been about radically fixing digital advertising -- using technology and math do what computers and models do best -- freeing people up to be able to think.

There are about 15 billion impressions flowing through ad exchanges every single day. Eight billion searches. Twitter and Facebook drive a few more billion transactions daily. Bidding on each of these impressions independently is how you drive results -- understanding the true value of each user for a given brand and paying the right price for that user -- as opposed to blindly buying up bulk.

Is doing something thirty billion times per day really something Kendall thinks should be done by hand?

Aren't high-volume tasks that need to happen over and over something better suited for computers? When sifting signal from noise in terms of modeling how similar users respond to a given message or offer, isn't a massively parallel processing engine a safer bet than a committee of folks hunched over a spreadsheet who have differing opinions and biases? When executing media buys, isn't a server-to-server connection in the same data center transacting in less than 50 milliseconds more effective than four emails back and forth and a faxed insertion order after a quick drink at the Breslin?

There's no unringing a bell: math and technology are part of future of marketing.

But it's not art or science, people or machine. It's mad men AND math men.

Marketers can rise up above the drudgery of execution. They can put systems in place -- yes, the demand-side platform -- that provide the technical and analytic infrastructure to succeed in this next generation of marketing. Math and technology have already been bundled and made easy to use, so why resist: let the machines do what they are good at, and let them help the marketer be smart again.

Then marketers can focus on stunning creative concepts, or bold re-imaginings of the brand promise. The machine won't come up with the message, but it will optimize the medium like it's no one's business.

Humans should work on deep integrated sponsorships with customized content and clever revenue share incentive structures between advertiser and publisher. They should not be dealing with bid management across the tens of thousands of placements running IAB-standard ad units that deliver tremendous reach and performance.

Humans should work on interpreting data and deciding actions based on data. They should not be spending time integrating data sources and building excel pivots in order to produce charts in PowerPoint, but instead embrace those same dashboard and visualization tools that Kendall spurns.

The math will set the marketer free. 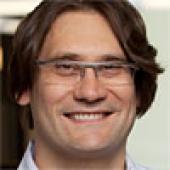 Joe Zawadzki
View all articles by this author