Players That Are Poised to Win the Mobile Wallet War
READ THIS NEXT
You Can't Stop Instagram Bots by Looking. Brands Have to Stop Buying Them

Last year, just 14% of marketers and digital business executives used mobile wallets to engage with their customers. Fast forward to this year, when 27% plan to add mobile wallets to their marketing tool kit. Why the shift? As consumer usage begins to reach critical mass over the next three years, mobile wallets will see an integration of value-added services that push the platform beyond payments. The result will be a new marketing channel.

How will this work? Consumers spend the majority of their time on just a few mobile apps, and increasingly on new audience portals like messaging and social media apps. To reach consumers where they are, brands will be required to "borrow" mobile moments from platforms with huge engagement. Mobile wallets will become one of these platforms, used by 15% to 20% of U.S. smartphone owners by 2018, according to Forrester.

Several platforms will emerge as winners of the mobile wallet war -- by adding marketing value beyond payments -- to become marketing platforms complementing merchants' own integrated apps. But to make sense of the potential partnership opportunities available, marketers must monitor the key players and understand what they have at stake, how they see the mobile wallet opportunity, and how relevant they can be in supporting their brands' goals.

1. Merchants, banks and credit cards have a defensive approach but are still a driving force. Despite some early initiatives, banks lack the interest and scale to aggregate mobile coupons or loyalty schemes on top of their banking and payment apps. While merchants' integrated apps based on closed-loop systems, like Starbucks, have the advantage of offering more integrated services in their own apps, they are not wallets per se, as they do not aggregate offerings from other brands. In the U.S., the Merchant Customer Exchange consortium was established to cut out the middlemen, thus improving margins by reducing commission levels and allowing merchants to keep control of customer data. As the consortium's mobile wallet app, CurrentC, will not launch until the first half of 2015, it's too early to say if it will be a failure or a success.

2. Among digital platforms, Alipay, Apple, and PayPal are best placed to play key roles. All digital platforms offer huge global reach in comparison with even big banks like Barclays, Chase or Wells Fargo, which have millions of customers. Today, Apple has become a mobile wallet enabler. It benefits from the support and marketing of financial institutions and is perceived as less of a disintermediation threat than PayPal. While not yet adding enough value for merchants, further iterations of Apple Pay could limit the misses of the first rollout of Apple's new offering. Facebook, Microsoft, and, to a lesser extent, Amazon, are not yet in a position to disrupt the mobile wallet ecosystem. Google Wallet offers interesting nonpayment features for marketers but still lacks merchants' support and consumers' trust. Alipay, backed by Alibaba, the world's largest digital ecosystem, has much more disruptive power and is a key player to watch in Asia.

3. Other players, from telecom companies to startups, are striving to stand out. In North America and Europe, telecom operators have tried to leverage their strengths to play a key role, so far without success. They play a much stronger role in emerging markets, where the mobile payment ecosystem is fundamentally different and much more mature. There are many other startups and technology companies, including Samsung Wallet, establishing some mobile wallet offerings, but their ability to scale will mostly depend on the partnership deals they are able to sign. Some niche players will also stand out in specific market verticals. For example, OpenTable could well become the standard mobile wallet app for table-service restaurants.

The bottom line is this -- no matter who wins the mobile wallet war, marketers must take advantage of this emerging opportunity to create a borrowed brand presence on their customers' mobile devices. It will be their job to create the branded content they want their customers to save and manage on mobile wallets. The benefit will come when loyalty programs, coupons, product discovery, gift cards and promotions are brought together to create a powerful new brand experience on the mobile device. 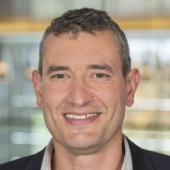