Is Native Advertising About to Go the Way of Pop-Up Ads? | Ad Age
Skip to main content
Sign In Register

Is Native Advertising About to Go the Way of Pop-Up Ads?

Brands Need to Reassess Their Native Ad Strategy and Make Content Matter
READ THIS NEXT
You Can't Stop Instagram Bots by Looking. Brands Have to Stop Buying Them

When the concept of native advertising first gained widespread attention in 2012, it was expected to lift publishers' fortunes and rescue digital advertising from the perpetual downward slide of display ad rates.

Fast-forward three years, and native has largely delivered on that promise. Publishers including The New York Times, The Wall Street Journal, The Washington Post and Time Inc. have created or expanded departments to help advertisers develop their branded content. According to an eMarketer report, spending on native is expected to reach $8.8 billion by 2018, up from $4.3 billion this year.

As more publishers open up in-feed native positions to marketers, they're discovering new ways to fully monetize these placements. Many see the move to in-feed as offering more viewability and new flexibility, both of which look great on the surface. Native feels like a fresh opportunity, but at the rate things are going, it runs the risk of reviving all of the familiar challenges that have made the display ad business such a challenging proposition.

When executed well, with time and care put into ensuring the content is in the right tone and has the right message, native formats blend into vertical streams in a manner that's much less disruptive to users (while still marked as "sponsored" so as not to be deceptive). Meanwhile, publishers get ad inventory that users will actually look at and engage with, instead of reflexively ignoring, as many of us have trained ourselves to do with right-rail display ads.

However, as native ads move toward real-time bidding and programmatic processes, they're looking a bit like Frankenstein in some cases. I'm talking about display ads that have been broken down into component parts -- an image, a headline, a snippet of content and a brand logo, for instance -- and automatically reassembled and injected into a publisher's content stream. As a result, they're frequently clumsy and appear out of context. Take, for example, an ad touting the fuel efficiency of a certain new car. Readers of a news site aren't going to mistake it for editorial content, no matter how much it looks like a content module.

Of course, the internet has been funded by advertising -- display in particular -- for its entire existence. We can applaud ourselves for doing away with some of the more egregious formats, like pop-up ads, but programmatic display advertising has proven to be a race to the bottom. The underlying problem, which is people's ingrained dislike of digital ads, has not been addressed.

People no longer have to tolerate as many display and pre-roll ads as many publishers would foist on them if left unhindered. According to a recent study, the number of people using ad-blocking software grew globally by 41% in the second quarter of 2015 over the previous year, and it's estimated that $21.8 billion in ad revenue will be blocked this year.

So instead of being the savior that helps struggling publishers stabilize and grow their business, native advertising, which can be shut out by ad blockers in many cases too, could end up being more of what people don't want.

That said, native advertising has powerful advocates and increasing industry acceptance. It's been exceptionally effective for the likes of Facebook, which grew its quarterly mobile ad revenue to $2.9 billion on the back of native formats, and BuzzFeed, although those are two very unique content environments.

When executed well by traditional publishers, usually when they're selling it directly and producing it in-house, native advertising can deliver quality storytelling and also be highly effective. The crucial ingredient is content that people actually want to read, as opposed to a direct-response display ad that's been shoehorned into a content module.

So, where does this leave publishers? As difficult as it is, it's time to reevaluate the short-term revenue gains that can be had from in-feed native advertising. A publisher's most loyal audiences come in through its home page, and home-page audiences almost always exhibit higher return rates than consumers of any other content on the publisher's site or app. Nurturing this audience is key to growing loyal users, and becoming part of their regular media diet.

If publishers add to the advertising load on the top of the page and right rail, and start embedding more ads directly into the editorial feed, users will respond much like they have before -- they will be trained to look away. And if users are looking away from the editorial feed, where they normally go to find the content they want, then what is left?

Publishers can clearly do better with native if they undertake sales themselves in order to maintain high standards for what they're putting on their sites. But, ultimately, what people are looking for is great content. You can look to marketers like Red Bull, Coca-Cola and General Electric for examples of companies that are doing a brilliant job of telling stories, targeting them to consumers based on their true interests, not superficial demographic attributes. That's the future of content marketing. It may look a little different than display advertising, but to be the big new opportunity that it can be, native needs to cut ties with the old way of doing things. 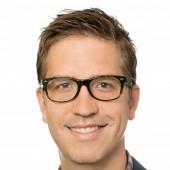 Matt Crenshaw
Matt Crenshaw is VP-product marketing at Outbrain, a content recommendation platform.
Follow View all articles by this author