Get Ready For the Advertising World to Transform, Again | Ad Age
Skip to main content
Sign In Register

Get Ready For the Advertising World to Transform, Again

New Competition For Agencies, and Another Round of Consolidation Await.
READ THIS NEXT
You Can't Stop Instagram Bots by Looking. Brands Have to Stop Buying Them
Darren Herman

At the onset of each new year, we get excited about the forecasts and predictions. While we've become accustomed to the brisk pace of change, but I'm predicting 2012 will be a huge year of transformation and consolidation in digital media, marketing and technology world. Here's how I see it playing out:

1. Online will take measurement from TV, but make it better.
I dislike the notion of bringing TV's Gross Ratings Point, or GRP, to digital media, as I feel that its using a half-assed offline metric and applying it to something that could be so much greater (I do realize billions of dollars are traded on it). Even with my disdain for the GRP, I do like what the comScore and AdXpose team is doing around the Validated GRP, which will be released later this month (January). Why this is exciting to me is because we basically created the "validity" portion in my last company, IGA Worldwide, where we created an in-game ad server that measured impressions by time on screen, angle of impression, and size of impression. If all three vectors did not meet minimum criteria, we did not count it as a validated impression for our clients. It is about time that this type of impression measurement system moves to the web. In 2012, the vGRP will be released and we will see some major agencies using it as one of the primary measurement tool. I look forward to diving in deeper to the vGRP for The Media Kitchen and our clients.

2. Some agencies will transform with technology, some won't.
Over the past three years marketing technology platforms have penetrated Madison Avenue en masse; it was the "hot" area. Over the next 12 months, agencies will realize they actually have technology for media delivery and optimization and have to go from the bright-shiny-object (honeymoon phase) to the holy-crap-it's-time-to-build-a-business-phase. Why this gets a significant call-out is because this fundamentally impacts how agencies go to market and structure their organizations. Organizational change is never easy and we do not expect every agency to nail becoming a pseudo hybrid technology organization. Some agencies might write off their trading desks, others will avoid this area all together, but many will start scaling and seeing positive returns. It's not easy to get through this next phase, but we should be studying the agencies that nail it as that could be the future platforms of media, analytics, strategy and potentially creative on Madison Avenue.

3. Agencies who are not agencies challenge the agencies.
There are quite a few companies out there in the marketplace who position themselves not as agencies, but take both agency and client-direct media spend and place them in the market. Some independent DSPs, ad networks, and boutique players fall into this category. While many of these players do not like referring to themselves as media or other types of agencies, largely because they are venture backed and do not want service multiples applied to their valuations, they will challenge the more traditional media agencies in 2012 in at least a few digital media pitches. These new organizations were built with technology at their core, and have the best chance at potentially using this technology to help their clients solve their problems. If this happens, there could be a big shift of power from the old guard to the new. I do not expect Madison Avenue to be disintermediated in 2012, but we'll start to see some none-traditional agencies part of a few new business pitches.

4. Publishers will get more credit for the value they create.
A halfway decent media buyer understands that if they are trying to drive conversions on a media plan, they will generally stay away from big and sexy placements. They will also steer clear of high priced inventory as it drives up the effective conversion price. This knowledge has been passed down over the years and its right, so long as the attribution on a digital plan is via last-touch attribution. In other words, if you are the last media impression (click or view thru) before the conversion, you receive 100% of the credit. This is going to change and when it does, it unlocks a ton of value for underperforming publishers. Let me explain. When assigning credit to the whole conversion path, rather than the last touchpoint, we derive value from media that would not have been bought and scaled before. This means that content, video, high-touch placements start to carve out their dollars on a plan. So, in 2012, we will start to see more agencies adopting this measurement methodology, attribution vendor consolidation (many exist), and the price drop a bit for this type of reporting, as it becomes a commonplace.

5. Lots of eager buyers will snap up startups for their teams, technologies.
The marketing technology ecosystem is full of players that have emerged within the last five years. These companies are either pulling away from the pack, at break even, or running out of cash. Of the latter two, options include a choice to merge or be acquired which is what I posit that we will start to see in 2012. We will see both private-private transactions and public-to-private transactions. Public companies that need to beef up their ad technology stack are Amazon, Adobe, Oracle, Accenture, IBM, Akamai, Apple, LinkedIN, Google, MSFT, Zynga, Yahoo! and (soon to-be-public) Facebook. These organizations have a lot of cash on their balance sheets and could turn into knights in shining armor for some struggling startups and their investors. Because there are so many strategic buyers, we will continue to see investment into this space in 2012, both at the earlier and later stages.

These are my top five predictions for 2012 and I don't think they are far-fetched. I am excited to see how they play out over the next 365 days. 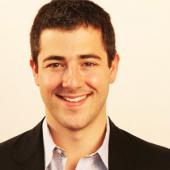 Darren Herman
Darren Herman is the Chief Digital Media Officer of The Media Kitchen and President of kbs+ Ventures, both part of New York based kirshenbaum bond senecal & partners. He blogs at http://www.darrenherman.com and tweets at @dherman76.
View all articles by this author