What's Worse -- A Disappearing Ad or One That Isn't Seen at All? | Ad Age
Skip to main content
Sign In Register

What's Worse -- A Disappearing Ad or One That Isn't Seen at All?

Snapchat Ads May Be Worth $750,000 If They Are Seen
READ THIS NEXT
You Can't Stop Instagram Bots by Looking. Brands Have to Stop Buying Them

Go to any sporting event or concert and look around you. You'll see dozens, if not hundreds, of fellow spectators staring at their smartphones. They're holding their devices up to take videos or photos, or holding their devices down to text or tweet. These people are not living in the moment, experiencing the event that they paid to see; rather, they're focused on the same devices that they look at in any other place, at any other time.

In light of this, Snapchat is, in a way, rather refreshing. Sure, it's still device-dependent, but the fleeting nature of Snapchat posts echoes the blink-and-you'll-miss-it aspect of real life. Snapchat users -- most of them young digital natives -- are conditioned to take in what they can, knowing that it will be gone tomorrow. In a way, it's an experiential platform that encourages users to pay attention now so they'll remember something later. And that's why I did not greet the news last month that Snapchat would charge advertisers a reported $750,000 for one day's worth of (disappearing) ads with nearly as much skepticism or incredulity as any of my peers in the advertising world.

The very nature of ads on Snapchat is that they will behave just like regular posts on the platform. They will disappear, yes, but they will only disappear once they have been seen. That users can't return to the ad later sends the same in-the-moment imperative to them that their friends' posts do: Look at this now, or never see it again. The disappearance doesn't matter once the impression has happened.

Instead of balking at spending three-quarters of a million dollars on an ad that disappears, advertisers should be incensed by just how many of their ad dollars are spent on campaigns that don't even get a chance to disappear -- because they're never in-screen, and have no chance to be seen at all. In December, Google released "The Importance of Being Seen: Viewability Insights for Digital Marketers and Publishers," a benchmark report that revealed that about half of all Google display ads fall outside of the IAB's viewability guidelines and therefore are never seen at all. Snapchat's $750K ads might sound expensive, but they offer us a guarantee that even Google can't make -- that ads will be seen.

I'm not saying that every advertiser should be advertising on Snapchat. Its millennial userbase would make it the wrong platform for, say, investment banks and golf attire and European river cruises. Instead, advertisers need to learn from the Snapchat model and hold publishers to the same standards that the app promises.

What guarantee can publishers offer that ads will load on time and in-screen? And beyond that, what technology are the publishers using to make sure that said ads don't go ignored? Have they completed research to identify what placement makes ads most compelling or effective? Do they have a grasp on whether their viewers prefer static or dynamic ads, and of what size or duration? These are all things that are inherently incorporated into Snapchat ads, by nature of the mobile screens on which the app runs, but these should be considerations regardless of what platform a given campaign will appear on.

For ads to be effective, consumers must first engage with them, and then find them memorable. If advertisers started treating every ad like it was going to disappear, the same way the cliché says to live every day to its fullest, perhaps there would be far fewer invisible ads and more instances of possibly vanishing -- but effective -- messages reaching consumers. 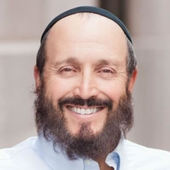 Ephraim Bander
Ephraim Bander is president of Sticky, an online advertising technology company.
Follow View all articles by this author