Transparency is Vital if Retailers Want to Build Trust with Customers
READ THIS NEXT
You Can't Stop Instagram Bots by Looking. Brands Have to Stop Buying Them

When it comes to surveillance, NSA whistleblower Edward Snowden knows how to make headlines. In a video keynote at SXSW last month, he implored technologists to use encryption to "fix" the problem of government surveillance. But something quite profound was hidden in the closing minutes of his hyped speech. An audience member asked why it's acceptable for corporations to track people, but not OK for the government to do so. Part of his answer was that tracking is okay because consumers enter into a voluntary contract with a business. In other words, if you don't want Facebook to have your data, then don't use Facebook.

Regardless of your feelings about Snowden, he articulated a feeling that many of us share: There's a big difference between choosing to share our data and being monitored without our consent. We want to know what is going on (including if our data is safe and how it will be used) so we can decide to jump in -- or not.

This gut desire for transparency is increasingly at odds with the reality of business today. Take retail. New technologies now allow retailers to use cell phone signals to track shoppers as they move around the store -- including the aisles where they spend the most time, if they make a purchase, and how often they return to the store. Some technologies, such as iBeacon, require that a customer download a mobile app, turn on Bluetooth, accept location services and opt in so they can be tracked and receive in-store notifications.

Other approaches, pioneered by analytics startups such as Nomi and Euclid, use sensors to pick up signals emitted from any wifi-enabled cell phone. This means that any consumer who walks into a store (or even walks by a store) with their cell phone turned on may be automatically tracked -- without knowledge or explicit consent. (Nomi and Euclid both say that they collect non-identifiable data and offer opt-out agreements).

Industry research shows that consumers overwhelmingly reject cell phone tracking. In a recent OpinionLab study of 1,042 consumers, 77.0% said that in-store cell phone tracking was unacceptable, and 81.0% said that they didn't trust retailers to keep their data private and secure. The biggest concerns are that retailers will not keep the data safe (68.5%); tracking feels like spying (67.0%); and retailers will use the data exclusively to their own benefit (60.5%).

The "creepy" factor has not gone unnoticed by government officials. In 2011, two U.S. malls abandoned plans to roll out tracking after the issue caught the eye of New York Sen. Charles Schumer. More recently, Sen. Schumer brokered a code of conduct, signed by eleven analytics companies such as Euclid and Path Intelligence, that gives consumers the opportunity to opt out of tracking at SmartStorePrivacy.org.

Not satisfied with industry self-regulation? The Maryland State Legislature is currently reviewing a bill that would require retailers to post signage about tracking at every door -- but stops short of requiring retailers to restrict tracking to people who opt in. The idea is that by forcing retailers to be transparent about the practice, consumers can choose to participate or choose to turn off their smartphones -- or choose to take their business elsewhere.

And that is the heart of the matter. Opt-in consent (where a consumer actively chooses to participate in a tracking program) is vital to consumers but scary to business. When asked about the best way for retailers to approach in-store tracking, 64.0% of consumers said that the best approach is opt in, vs. a mere 12.0% who stated that shoppers should be automatically tracked. When it comes time to participate, though, consumers get cold feet. A full 63.0% report that they would not opt in to be tracked -- even at their favorite retail stores.

That said, the study also shows that consumers may be persuaded to participate if they receive something tangible in return. Across the board, consumers expect to be directly compensated for their participation, either by receiving cost-saving and price discounts (61.0%) or by getting free products (53.0%).

At the end of the day, retail tracking is not new. Retailers have been using technology to better understand customer behavior for quite a while -- for example, tracking shoppers through video cameras. When it comes to more detailed tracking, stores are really just borrowing from their kid brothers (e-commerce and m-commerce), which have been using pixels and cookies to track shopper behavior for years.

What is new is shoppers' attitudes towards tracking -- and their trust level with retailers. There was a fight around online privacy back when cookies became prevalent in the early 2000s, but that conversation did not occur against a backdrop of data breaches, Snowden and the NSA.

If retailers are transparent and focus on making the shopping experience better, consumers will learn first-hand that it's absolutely worthwhile to give up some of their data. If retailers continue to hide their programs, the public reaction will be fast, furious and negative. The choice is clear -- even transparent. 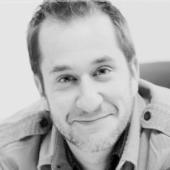