In Today's Digital World, the Sales Funnel Is Dead

The Way People Buy Is No Longer a Simple Path from Awareness to Prospect to Sale
READ THIS NEXT
You Can't Stop Instagram Bots by Looking. Brands Have to Stop Buying Them

A few weeks ago, I was at work when I remembered that my coffeemaker had been making weird noises and was doing a less than stellar job of producing a perfect cup. While I was thinking about it, I took a break from checking email to run a quick search on my laptop for "best coffeemakers." I read a couple reviews and browsed a few models before determining that, really, I needed to see them in person to decide which option was best.

On my commute that evening, I was greeted by an ad showcasing a variety of shiny chrome models similar to the ones I had been browsing earlier. By the time I got home, I had vowed to head to the store that weekend to check out my options in person. Ironically, once there, I spent half the time on my phone comparing prices and searching for coupons. While I stood there in the aisle, I decided to order my coffeemaker from a different (less expensive) store when I got home -- from the comfort of my couch, on my laptop.

Almost exactly where I had started this whole process.

You probably recognize this chain of events. My search for a new coffeemaker brought me from laptop, to phone, to store, to phone, and back to laptop before I finally pushed the "buy" button.

People say the sales funnel is changing -- that, in today's digital world, the way customers buy is no longer a simple path from awareness to prospect to sale.

That's just not true. The sales funnel isn't changing -- it's completely and utterly dead. It's been brutally turned upside down, inside out, with little left to identify it as the clean, straightforward process it once was.

Today's shopper jumps in and out of channels, views alternatives to purchases, and searches for better deals -- all at the tap of a screen, the click of a button, and oftentimes while standing right in front of the item she's trying to buy. She doesn't predictably slide through the funnel, ushered along by our linear marketing messages. Instead, she more closely resembles a ball in a pinball machine, firing off a bunch of different pegs on the way down, sometimes shooting back up to the top of the funnel before ultimately finding her way to a purchase. She continues to move toward a sale, but it's hard to predict where the bouncing will take her.

If it was difficult to influence a shopper's buying decision before, today's landscape makes it nearly impossible.

Making sense of the madness

More options around when, where and how to buy have not only given consumers incredible control, they have also made competition among retailers increasingly brutal. In order to compete in the fragmented ecosystem, marketers need to understand the modified path to purchase and reframe their strategy to make their dollars work harder and smarter.

The first step is to begin thinking in terms of people, rather than platforms. Marketers need to be ready with a holistic message that can be seen by consumers wherever they are, at any given time, agnostic to the platform or device they're currently using. Centralized marketing teams need to be able to look at campaigns across all touch points, identifying how each peg in the pinball machine contributed (or not) to the sale at the end.

Sound easier said than done? That's where data comes in.

How data holds it all together

Data is the master campaign unifier, and it's the best way to maximize marketing spend in the current funnel-less phenomenon. But you can't just use any data -- it needs to be intent-based, and it needs to be good.

Right now, almost everyone is buying data from the exact same places and using it in very similar ways, resulting in oversaturation of ads for the online consumer, with increasingly disparate results. Most of this data comes from third-party companies that track consumers as cookies across an aggregate of websites. For a number of reasons, this type of third-party data is less reliable and less effective than its counterpart, first-party data.

First-party data, collected by a company directly from its own customers, not only provides more accurate ad targeting -- it also offers fresh new insights not available from the overused alternatives on the market. First-party data that also gives marketers inside information into what consumers want -- what their intentions are, what their future actions will likely be -- is the secret to creating unified campaigns that reach shoppers with the right message, at each and every touch point on their pinball path to purchase.

We may have lost the predictability of the sales funnel, but what we've gained is much more valuable: more opportunities to connect with future customers than ever before. 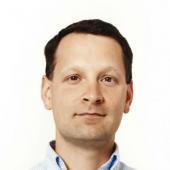