My Top 10 Global Crowdsourced Campaigns of 2014

Doritos, McDonald's and Starbucks Were Among the Best at Crowdsourcing Campaigns
READ THIS NEXT
You Can't Stop Instagram Bots by Looking. Brands Have to Stop Buying Them

Rumored to have been produced on a $300 budget by a systems analyst and shot in eight hours, this ad is the best example that sometimes you need amateurs to remind professional creatives that a simple, well-executed idea can trump the biggest blockbuster ads. Crowdsourcing is the best approach to find unpolished creative gems like Raj Suri, who produced the spot.

McDonald's invited consumers in the UK to not only give it insights about what they like, but to actually suggest recipes using the public as judges, with the most popular being put to the test in a real McDonald's kitchen. Although I have yet to taste the winning McPizza Pepperoni Burger, this effort is a well-executed example of true consumer-driven innovation from end to end, where consumers become creators.

Although not well-known in the U.S., Waitrose is a grocery store in the UK that sells only the best local and fresh products. It asked people to "donate their voice" by singing Dolly Parton's "Try" for its upcoming Christmas ad. This is a nice collaborative effort that allowed people to do something original yet meaningful for a good cause, and generate a lot of conversations in the process -- and 100% of profits go to charity.

Talk about investing in crowdsourcing. Norwegian bank DNB bought every ad slot for 24 hours on the country's biggest television station, TV2, and ran all crowdsourced content. I love the idea of inviting people to claim a space that is beyond their control, and filling it with what users think is meaningful, as opposed to what brands think.

A Japanese brand organized a project for the Japanese market, judged by Japanese marketers, and the winner was from...France. This is an interesting campaign that shows that good ideas transcend cultural borders. In fact, good ideas are more likely to come from outside of a marketer's usual comfort zone, since participants that are not from the target audience, the market or the culture will approach the challenge from a very refreshing and innovative perspective.

Coca-Cola 'This is ahh'

If you've ever consumed a soda, you know that you can't avoid that "ahhh" feeling, but how it is experienced is different for each person. In addition to an engaging co-created video that premiered during "American Idol," Coca-Cola gathered some pretty nice insights on how consumers interpret and express this dimension of the taste experience to enrich its future campaigns.

Disney teamed up with XPrize to tap into a young crowd that is excited about the "Big Hero 6" movie, asking them how they would make the world a better place. From ways to end world hunger to better ways to generate ideas, little kids had some pretty big ideas.

Simple and straightforward, Airbnb used crowdsourcing's ability to reach out simultaneously to a high number of participants to seek unique local points of view. This project would be particularly useful to get hyper-local content about smaller, second- or third-tier cities where Airbnb may not have sufficient insights to attractively market to them.

Heineken fans were invited to give broad ideas, via Instagram, on the ultimate lounging experience to form the basis of a brief to a pool of professional designers, who would compete to bring these to life. Not everyone is equally creative, but everyone can contribute creatively with the right brief and the right expectations.

The cup is your canvas. This summer, Starbucks invited consumers to decorate its traditional white cup in any way they wanted. We're now officially in the red cup season for the holidays, but this was a nice promotional idea that shows that the white cup as a brand icon actually belongs to you, the consumer. 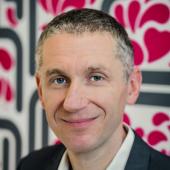