How Yahoo Can Become a Brand Ritual Once Again

The New CEO Must Lead the Brand to Use Data to Find a Unique Version of Simplicity
Zain Raj
Credit:
Zain Raj
Now that Scott Thompson has been named CEO of Yahoo! and co-founder Jerry Yang has left the troubled company, the question is , "How can Yahoo! become the brand it used to be?"

Yahoo! was created by Stanford University students Yang and David Filo in 1994 to track their interests on what only the tech-savvy knew as the Internet. When those interests became "too long and unwieldy . . . they broke them out into categories," says Yahoo!'s official history. "When the categories became too full, they developed subcategories . . . and the core concept behind Yahoo! was born."

In the days before consumer web browsers, we had Yahoo! and AOL. You went to AOL to get your e-mail and to Yahoo! for news and to search for information.

The problem Yahoo! faces today is one that many brands suffer as early category innovators. They emerge by being good at things that differentiate them. But, as the Yahoo! history says, " . . . Yahoo!'s interface and structure has changed very little since then, which is why it was usurped by Google among others as a 'brand ritual' for consumers' Web-based needs."

When a brand becomes everything to everybody, it ends up being relevant to nobody and vulnerable to specialists. Google was the specialist that said, "I'm not going to give you everything on the home page; I'm going to give you access to information that you choose." Google wasn't trying to understand what people needed and put it up under accessible categories. Google became a brand ritual because it created a behavioral model -- the focus on customer searching by keywords for what they wanted to know.

Yahoo! needs to study how its most loyal customers use it and reconfigure and reframe the site based on their behavior. If you look at the new AOL versus the old AOL, for example, the new one is more focused on news. The old focused on mail, chat and video. AOL didn't stand for anything, which is probably why CEO Tim Armstrong decided to buy The Huffington Post. If AOL became a destination for news and content that could not be obtained elsewhere, it would become a stickier site. Whether it's successful remains to be seen.

MSN is my brand ritual. It's my home page on every device I have. I am comfortable with it. I know how to search my interests through it, and I've learned about the role it plays in my life. I've stuck with it all these years because it's never given me a reason to be disappointed. MSN's home page is organized clearly -- my top six or seven news interests based on my search behavior and five general areas to care about -- news, sports, lifestyle, money and another single section for other general interests. MSN makes it simple.

Yahoo! gives you lots of options on the landing page and then says, "Have at it." That's too complicated to become part of my daily routine. I don't want to work harder, I want to work smarter. Can Yahoo! figure out how to customize its home page as MSN did for its loyal users?

We've living in a time-starved society. Thompson has to seize the moment to help Yahoo! find its own version of simplicity.

ABOUT THE AUTHOR
Zain Raj is CEO of Hyper Marketing Inc., and author "Brand Rituals: How Successful Brands Bond with Customers for Life." 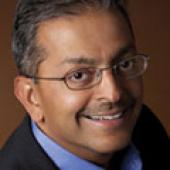 Zain Raj
View all articles by this author