Repositioning 'Positioning': Connect With Consumers With a Visual Hammer, Not Verbal Nails

Laura Ries Uncovers the 'Weakness' in Her Father Al's Famed Theory on Positioning
READ THIS NEXT
How restaurant chains are duking it out to be the best in their categories
Laura Ries
Forty years ago, Advertising Age published a series of articles by Jack Trout and my father, Al Ries, titled "The Positioning Era Cometh."

Almost a decade later, McGraw-Hill published their book "Positioning: The Battle for Your Mind." In the years that followed, "positioning" became one of the most talked-about concepts in the marketing community. In its 75th anniversary issue, Ad Age selected positioning as one of its 75 "top ad moments." More than 1.4 million copies of the book have been sold, including 400,000 copies in China.

As revolutionary as positioning was, however, it had a weakness. Invariably, positioning strategy was expressed verbally. You looked for a hole in the mind and then filled that hole with your brand name.

But the best way into the mind is with visuals, not with words. Visuals play a more important role in marketing because they hold emotional power that sticks.

In 1973, for example, psychology professor Lionel Standing conducted a research study in which he asked subjects to look at 10,000 images over a five-day period.

I challenge you to try presenting 10,000 advertising slogans for five seconds each and see how many of them a person will remember five days later.

Now, here's a visual everyone can identify: a pink ribbon. Consider what that symbol has done for Nancy Brinker, who in 1982 started a foundation to fight breast cancer in memory of her sister, Susan G. Komen. Since then, the foundation has raised nearly $2 billion. Today, Susan G. Komen for the Cure is the world's largest nonprofit source of money to combat breast cancer.

In contrast, the American Cancer Society was founded in 1913, yet most people have no idea what visual symbol the society uses. The Cancer Society has a trademark that is almost impossible to verbalize, while Susan G. Komen has a visual that is easy to describe.

I call Komen's pink ribbon its visual hammer because the interplay between words and images is like a nail and a hammer. A strong verbal idea is a brand's nail, but the hammer that really drives home the idea is the visual.

This concept is even more important in today's global economy, where a strong visual hammer can cross borders without requiring translation.

In 2010, Coca-Cola spent $267 million advertising its brand in the U.S. What was Coke's slogan? Most people don't remember. What they do remember is the "contour" bottle.

The contour bottle is not just a package but a visual hammer that emphasizes the idea that Coke is the original, the real thing. Even though Coca-Cola sells very little product in contour bottles, the visual is strongly identified with the brand. And the company reinforces the visual-hammer effect by using the bottle image on its cans, cups, billboards, trucks and even business cards.

If Coke's contour bottle says "the authentic cola," what does Pepsi 's "smiley face" trademark -- introduced to much fanfare in 2008 -- say? Pepsi 's smiley face says "Pepsi ." In essence, it's a rebus, a visual symbol that 's a substitute for a brand name. PepsiCo's management, like many others, seems to think that a visual hammer is nothing but a glorified name for a trademark. That's why executives tend to spend a lot of time and money perfecting their trademarks rather than searching for visual hammers.

In fact, almost all trademarks are rebuses. After years of constant use, they can be recognized as symbols that stand for brand names. But trademarks don't have to be meaningless.

Nike , for example, has "the swoosh," a powerful visual hammer. The swoosh doesn't just say "Nike ." The swoosh says "leadership." Nike was first in its category, giving it permission to create a visual hammer out of a rather mundane checkmark that has been streamlined. Today, everybody knows what a swoosh looks like, but how many people can rattle off a description of Reebok's trademark?

The advertising industry is hung up on trademarks and logotypes, but in reality they account for only a small percentage of visual hammers. Anything associated with a brand can become a hammer -- color, packaging, demonstrations, founders, celebrities, even the product itself.

The product itself can play that part -- a Rolex watchband, the grille of a Rolls-Royce, the Absolut bottle or the polo player on a Ralph Lauren shirt.

McDonald's is another leading brand with a visual hammer. By naming its symbol "the golden arches," the company moved beyond the rebus idea and turned the "M" into an effective visual hammer.

Not every brand gets it right. Despite $5.1 billion in annual sales, Red Bull doesn't own a visual hammer. The energy-drink brand had the opportunity, but its visual is too complicated for a small can. "Two bulls and a sun" make a weak hammer. Furthermore, its blue cans undermine the Red Bull name.

In spite of these examples, why do many marketing people work exclusively with words, when the real power is with visuals? Don't get me wrong, the objective of a marketing program is to "own a word in the mind," and visuals shouldn't come before some well-thought-out positioning planning. But to consider words independent of how they might relate to a visual would be a mistake.

BMW, for example, owns "driving," an achievement that turned the brand into the world's best-selling luxury vehicle. The visual hammers that etched "driving" into the minds of BMW fans were its distinctive TV commercials showing happy owners maneuvering BMWs over winding roads.

In 2009, BMW switched its focus to "joy" -- a verbal concept that broadens the appeal of the BMW brand. But how do you visualize it? Like many other high-level abstract words (happiness, enthusiasm, customer satisfaction, quality) joy cannot be visualized in any meaningful way.

Is it a coincidence that for nine years in a row, from 2001 to 2009, BMW led archrival Mercedes-Benz in the U.S. market and then, in 2010, after launching the joy campaign, fell behind Mercedes? Luckily, this year BMW ditched joy to go back to its driving nail.

Of course, advertising is loaded with visuals, but most of them never become hammers. They might be funny, but if they're not also functional they do little for the brand.

A good example is the frogs from the famed 1995 Budweiser Super Bowl spot, often listed as one of the best commercials in history. The ad shows a swamp at nighttime with three frogs rhythmically croaking "Bud"... "Weis"... "Er." But where's the verbal nail?

Frogs, lizards, dogs -- Budweiser has used them and more. All the while, the brand has the ultimate visual hammer that it brings out only occasionally. That visual is the Clydesdales pulling an old-fashioned beer wagon, which reinforces the authenticity of the brand: the King of Beers.

But instead of using a hammer and nail it already owns, Budweiser keeps searching for new ideas for Budweiser and Bud Light. "Drinkability," "Here we go," "It's what we do" and "Great times are waiting." All verbal ideas that are impossible to visualize.

Visual consistency is even more important than verbal consistency. You can sometimes successfully change a verbal nail, but not a well-established visual hammer. Look at what happened when Tropicana tried to drop its straw-in-the-orange image. 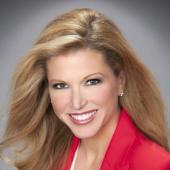 Laura Ries
Laura Ries is president of brand consultancy Ries & Ries, Atlanta, and author of the new book "Battlecry."
Follow View all articles by this author