Behind Alibaba's Decision to Launch a Netflix-Type Service for China

For Winners in China's Battle to Control Online Video, the Potential Is Huge
READ THIS NEXT
Dispatches from the panicked GDPR frontline 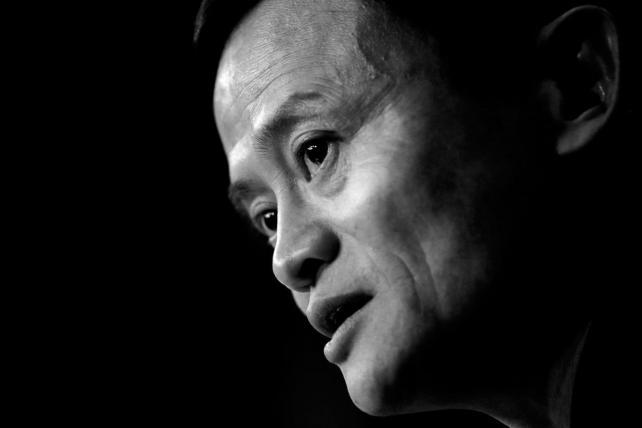 The viewership numbers on China's streaming sites hint at just how huge online video is in China. "Orange is the New Black" got 54 million views over two seasons on video site Youku Tudou; "Downton Abbey" had 112 million views there in five seasons.

Here's another big number: There are 649 million internet users in China (that's twice the entire U.S. population), two thirds of whom watch online video, according to the China Internet Network Information Center. And with stakes so high, China's online giants have been battling to outdo each other by creating content and paying massive sums to license programming from at home and abroad. Much of what's online is viewable for free, from "Downton" to "Orange is the New Black" to "Homeland" to "Breaking Bad"; people just watch a few ads to view them. The problem is that ad revenues alone aren't enough to turn a profit.

There are already several subscription services, but internet and e-commerce giant Alibaba made waves this week by announcing it would launch an ambitious service requiring people to pay for most content. (Alibaba sees it as a Chinese take on HBO or Netflix; Netflix itself has also been looking for a way into China.) Another streaming service backed by search giant Baidu, iQiyi, said this week that its own subscription service has 5 million signups.

All that raises a few questions. How much of China is ready to pay for movies and TV shows online? And how will brands get in on Alibaba's new service, since paid-for content probably won't come with so many ads?

A bit of pre-roll, a few pop-up ads

While TV viewership is falling, streaming has exploded in China. Along with Youku Tudou, which Alibaba has a stake in, players include Alibaba rival Tencent, as well as Sohu, iQiyi and LeTV. Online video revenues rose 76% in 2014 to $3.8 billion, with advertising at the core of that, according to China's iResearch consultancy.

How does the ad model usually work? To see the "Mad Men" finale on Youku, viewers might watch one minute of pre-roll from Clarins skincare and Illuma baby formula, and get served a pop-up ad for Shu Uemura makeup if they press pause.

Most Chinese consumers think that's a fair tradeoff. A 2014 survey from Forrester Research found that 58% of metro Chinese consumers agree or strongly agree that they "don't mind seeing ads in online video for free video content."

Xiaofeng Wang, senior analyst at Forrester, sees the upcoming Alibaba service, called Tmall Box Office and set to launch in two months, as laying the ground for the future.

"Mainstream Chinese consumers are not ready to pay for content yet -- it will be very tough," she said. Viewers won't accept pre-roll ads when they're paying, she said, so Alibaba will have to get more creative to showcase the products that sell on its business-to-consumer marketplace, Tmall. One way might be weave product placements or sponsorships into original content. (Alibaba said in January that it was preparing to make its first film.)

Looking at the bigger picture, Alibaba's model – from online shopping to payments to entertainment – could offer something unique for brands to experiment with.

"Chinese media giants are impacting the whole purchase cycle from content to e-commerce to payment -- that's what this is about, obviously, they are drawing that connection line from start to finish," said Doug Pearce, Greater China CEO for Omnicom Media Group.

This kind of end-to-end solution "is something unique to China and very powerful," Mr. Pearce said. "It gives them lots and lots of data that agencies and clients are chasing."

Success depends, of course, on how good the shows and movies are, and streaming in China has faced more restrictions lately. The State Administration of Press, Publication, Radio, Film and Television now has to OK the whole season of foreign TV shows before any episodes can go up. Last year, several shows, including "The Big Bang Theory" and "The Good Wife," were pulled off the Chinese internet with no official explanation.