In a unique—and bizarre--convergence of beer and soccer, Anheuser-Busch InBev will launch a limited edition of its popular Brahma beer made from barley grown on the soccer field where Brazil's iconic World Cup teams have trained for decades. Brahma Selecao Especial will be sold in Brazil starting in March, three months before the Brazil-hosted World Cup kicks off.

"Brahma is the official sponsor of the Brazilian soccer team, and the official beer of the World Cup," said Sergio Gordilho, co-president and chief creative officer of Brahma agency Africa. "We wanted to launch a product that got inside the team itself. How do you unite soccer and beer?" 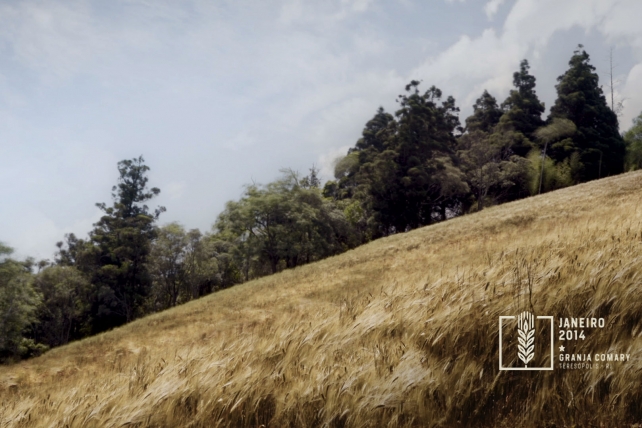 The training center, called Granja Comary, is considered sacred ground to Brazilian soccer fans, and one of the two iconic symbols of Brazilian soccer, along with Rio de Janeiro's Maracana stadium, he said. That inspired the idea of making beer from ingredients sown on the field where Brazil grew more World Cup-winning teams—five--than any other country. It's usually not available for growing a crop of barley, but in a stroke of luck the Brazilian Soccer Confederation was remodeling its headquarters at the Granja Comary, and the training center wasn't being used during that project.

"Good ideas have an ingredient of luck," Mr. Gordilho said.

After Africa Lab, the agency's innovation and product development unit, came up with the idea, A-B InBev's agronomists and brewers spent two months preparing the soil, which was ideal for growing grass, to instead raise a crop of barley. Then the soil was planted with barley, and harvested.

Luiz Felipe Scolari, the Brazilian soccer team's famous coach who is also known as Big Phil, took a personal interest in the project, and the fixed camera that recorded the barley growing captured plenty of images of Big Phil checking out the growing grain field.

As the brand's ambassador, Mr. Scolari's signature will appear on all the bottles.

The name Brahma Selecao Especial comes from the name in Portuguese, Selecao Brasileira, for the Brazilian national soccer team that competes in international events like the World Cup. 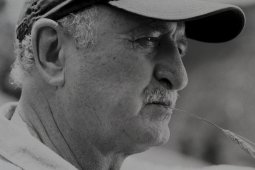 A more expensive version consisting of 2,014 bottles, each bearing a number between 1 and 2,014, can be pre-ordered at Brahma's Brazilian website. A few numbers have been specially allocated—bottle No. 1 will go to coach Big Phil, No. 9 is for soccer legend Ronaldo, whose number 9 soccer jersey has been retired, and team captain Thiago Silva gets No. 2,014. In March, Brahma Selecao Especial will go on sale in supermarkets and other retail outlets, at about twice the price of regular Brahma beer.

The campaign will include a 30" commercial, print ads, extensive point of sale, and videos about the project. The agency also developed the distinctive black bottle with lines in green and yellow, Brazil's team colors.

Africa Lab is still figuring out exactly how to charge clients for product ideas, although in this case Brahma already pays the agency a project fee.

"The idea came before the ads. This is the role agencies will increasingly have to play—develop products with clients, and then think about the ads," Mr. Gordilho said. "Creating a commercial is quick, but creating a product that fits the brand takes much longer."