Dutch Platform Blendle Has Set Its Signs on U.S. and U.K. Expansion
READ THIS NEXT
Dispatches from the panicked GDPR frontline
Blendle
Credit:

The New York Times, The Wall Street Journal and The Washington Post are among the publications putting their weight behind Blendle, a Dutch platform that offers individual articles in exchange for micropayments.

All three media brands have signed up to make their content availableon Blendle, and the New York Times Company and German publisher Axel Springer took a combined 23% stake in Blendle a year ago.

Blendle launched last year in the Netherlands, where the service already has 500,000 subscribers, two-thirds of whom are 35 or under. The platform has just expanded into Germany, where the major news publications in the country -- 18 dailies and 15 weeklies -- are on board. A U.S. launch date hasn't been disclosed.

Users have to register their credit cards only once, and spend an average of 20 cents on each article they read, with 70% of revenues going to the publisher. If you close a story within ten seconds, you get an automatic refund, or if you just don't like an article, you can get a refund as long as you leave feedback.

About 10% of articles are refunded, usually when readers are faced with clickbait-style stories or regular news; the figure falls to between 3% and 4% for more serious interviews and analysis.

Blendle, which can be accessed either via the web or through an app, is the brainchild of two Dutch former journalists in their late 20s, Alexander Klöpping and Marten Blankesteijn.

"We want Blendle to be a platform for journalism, like Spotify is for music, or Netflix for film," Mr. Klöpping said. "Users want it and publishers want it; it's just a matter of good execution. I have a big heart for good journalism -- the problem isn't the content, it's the distribution. A lot of problems can be solved with technology." 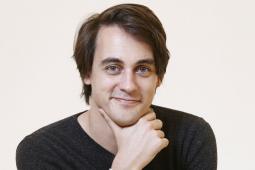 Blendle isn't positioning micropayments as the big alternative to advertiser-funded models, but as an additional revenue stream for quality content. Mr. Klöpping is placing his bets on people who don't want to pay for a full bundle, but are happy to pay for ad-free, individual articles.

"At the moment the assumption is that the only way to monetize content is to sell ads," Mr. Klöpping. "The tech companies don't create a direct relationship between the content and the user, but there's a huge opportunity here."

"Blendle has momentum because of its strong partnerships with magazines and newspapers, but they need a magic moment -- like an alignment with Facebook or Google -- to get a real breakthrough," said Simon Harlinghausen, chief digital officer at SMV Group for Europe, the Middle East and Africa, who is based in Germany. "It's not about money, because we know people are prepared to pay; it's about building a system that people like to use and will go back to once or twice a day."

The Economist, which lives online behind a metered paywall, has seen subscriptions in the Netherlands rise since it signed up with Blendle. Although that isn't necessarily directly attributable to Blendle, it demonstrates that reaching a wider, younger audience is at least beneficial to the 175-year-old brand, and the partnership certainly hasn't done it any harm.

"A platform like Blendle allows us to show readers that our content is worth paying for," said Robin Raven, VP product development at the Economist. "Micropayments could be a way forward, but for a long time there's been too much friction in the transaction to make it work. Blendle is a nice, clean user experience and has taken a lot of the friction away."

With most Dutch and German titles behind paywalls, Blendle has so far had an easier ride than it will have in the U.S. or the U.K., where there is plenty of high quality, free content on offer.

But Mr. Klöpping still has his sights set on the English-speaking world. "Yes, there is a lot of free content, but the trend is to restrict it," he said. "More and more, consumers are confronted by paywalls as the meter runs out or they hit subscriber-only sites. This is a problem and it annoys users. The internet is missing a system that enables you to get through a paywall, and we are counting on that -- especially when ad blocking starts bringing down revenue from ads."

Apple News and Facebook Instant both launched this summer, demonstrating the importance of journalism to the web, but both are built around ad-funded models.