Success of Live Music TV Show Is a Boon to the Country, and Prompts Plans for Expansion
READ THIS NEXT
Dispatches from the panicked GDPR frontline
'Coke Studio has become a marketing magnet for the bottler.'
Credit:

Pakistan has been in the news a lot lately, but the coverage hasn't exactly been flattering. And that helps explain why "Coke Studio," now in its fourth season, is a runaway success. The TV series, which features live musical performances, shines a positive spotlight on a country that is all too used to being synonymous with terrorism, Islamic militants and, of course, Osama bin Laden's hideout.

"Coke Studio" is attracting viewers in droves and has become a key element of Coca-Cola's strategy to not only net the youth population in Pakistan but to grab share from PepsiCo, the market leader in the country.

"Living in Pakistan and being Pakistani in this day and age, there's very little positive news coming out about us, especially in the Western media," said Rohail Hyatt, the producer of "Coke Studio." "I'm very intrigued by the response we're getting outside of Pakistan, the massive amount of feedback coming in from all parts of the world. ['Coke Studio' represents] a great, softer image of Pakistan that 's going out there and people are happy about it. ... We're hungry for it."

And, thanks to creative media buys, the program is reaching huge swaths of the country. In earlier seasons, "Coke Studio" aired on 25 TV channels simultaneously, as well as the top eight radio channels. This season the marketing team has gotten even more creative, airing the program on groups of channels every hour on the hour between 6 p.m. and midnight to try to circumvent Pakistan's frequent power outages.

"It gives us a lot of coverage, in terms of getting the audience," Ms. Saeed said. "There are a lot of power outages that happen in the country, so if you block just one hour, you might lose part of the viewership." 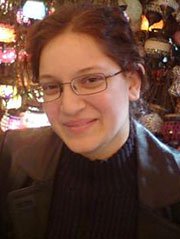 Other countries are now expressing interest in the program, which has origins in Brazil. India's first season of "Coke Studio" premiers June 17. The Indian version will be similar to the Pakistani version, Mr. Hyatt said, and the Pakistan team is sharing best practices gleaned from its first three seasons.

Both Pakistan and India are key to Coca-Cola's future growth. By 2020, Pakistan and India will be two of six countries that are home to both half the world's teen population and the global population. But both are still relatively undeveloped markets for Coca-Cola. In 2010, per capita consumption for the company's beverages was just 11 in India and 15 in Pakistan, compared to 89 worldwide and 394 in the U.S.

Executives said Coke Studio has already helped Coca-Cola make inroads in Pakistan. According to Coca-Cola, the company controls 30% of the market, less than half of PepsiCo's share.

"Coke Studio" is supported with branded merchandise, shopper promotion and point-of -sale materials, as well as out-of -home and digital campaigns. There's also a significant social-media presence. To date, Coke Studio's Facebook page has 637,000 likes, making it one of the largest Pakistani Facebook pages. And on YouTube, it was the fourth most-popular music channel in the world.