In China, Even Zoo Animals Can Be Fakes: Chinese Consumers and Trust Issues | Ad Age
Skip to main content
Sign In Register

In China, Even Zoo Animals Can Be Fakes: Chinese Consumers and Trust Issues

In a Market Flooded by Counterfeit Goods, Brands Need to Put Serious Effort Into Winning Trust
READ THIS NEXT
Inside Apple's New Campus: No Childcare (But You Can Freeze Your Eggs)

When a local zoo in China's central Henan province advertised its new star attraction -- an African lion -- kids came from far and wide last summer to see the real-life Lion King. On the first morning, as children surrounded the enclosure, the "lion" started barking. It turned out to be a Tibetan Mastiff.

From a young age, Chinese consumers are exposed to fakes. From phony lions, to rat meat being sold as beef and lamb, to bogus Apple stores that fooled even the floor staff, it's with good reason that Chinese shoppers have trust issues.

Although the market is maturing rapidly, many shoppers are nonetheless making purchases such as appliances, cars and overseas holidays for the first time. Many of them lack the confidence of seasoned consumers. Coupled with the lack of trust, this means Chinese shoppers do significantly more research, across many more channels, than their counterparts in the West. Accenture research in 2012 found that more than 90% of Chinese consumers did research online before buying.

In an ad for Chinese retailer GOME, the pile of boxes forms the character for 'trust.'

From State Media to Social Media

China's state-run newspapers, national television and radio were the main source of information for generations. The increased penetration of the internet and smartphones has altered that forever, giving Chinese consumers a more objective way to find information, and one that they trust much more than traditional propaganda channels.

Social media has finally given the average Zhou a voice, and he's taking advantage of it. More than 90% of China's 618 million people online used it in the past six months according to a McKinsey report, versus around 70% in the U.S and 50-60% in most Western countries. The transparent nature of social media puts a brand out there, to be praised or panned, contributing to 85% of online consumers trusting a brand more if they have seen it on a social network.

In China's rapidly growing e-commerce market, a lack of trust contributes to different online shopping habits than in the West. Whereas brand.com stores make up the lion's share of sales in places like North America, over 80% of online purchases in China are made on established marketplaces like Alibaba's Taobao. A big part of this is because of their trustworthy payment methods, return policies, delivery and customer reviews, even though Taobao is well-known for selling fake goods. Jingdong and Alibaba's Tmall, which guarantee the authenticity of their products, have become the fastest-growing shopping platforms in China and are more trusted than most offline retailers.

Coming from the West

Being a Western brand in China used to instill unquestioned faith in a product or service. Companies such as KFC built their brand on that trust, with Chinese consumers thinking that fried chicken bearing the Kentucky name would be much safer than local cuisine, simply because it followed Western quality control standards. In December 2012, a China Central Television report on KFC suppliers' use of antibiotics damaged many consumers' trust in the chain. Subsequent campaigns targeting Volkswagen for defective gearboxes and Nike for charging more for sneakers in China than overseas, similarly eroded faith in Western brands, and contributed to five consecutive quarterly declines in Nike's Greater China revenue. While foreign brands remain more trusted than local ones in most cases, consumers still do a lot of research into them before they buy.

Trust plays a big part in many communications in China. Local electrical appliance retailer GOME ensures the Chinese character for "trust" is central in its communications. The brand is also endorsed by Feng Shaofeng and Gao Yuanyuan, two famous actors who always play the "good guys" to enforce the message that they will keep their promise.

To prove a point about trust and reliability, ads for e-commerce giant Jingdong show what happens to liars.

E-commerce retailer Jingdong is a little more subtle, with imagery of everyone but a Jingdong delivery man being struck by lightning, playing on the ancient Chinese belief "if you tell a lie, you will be punished by lightning from heaven." Even KFC's slogan translates to "trust in every bite" (not that it is working as planned.)

Aggressive home-grown cell phone brands such as Xiaomi and Huawei have brought the price of highly-specced smartphones to less than 800RMB ($130), which will contribute to the more than 450 million smartphones being sold in China in 2014 according to IDC; 25% more than last year. This enables a greater number of Chinese consumers than ever to go online at any time to evaluate the trustworthiness of a perspective purchase. It's imperative than information about brands can be found online.

The Chinese may be relatively new to the consumer world, but they are far from naive. They look much deeper than colorful billboards and TV commercials. Like in the most mature markets, integrity and honesty needs to be central to everything a brand does from messaging, to service, to quality control. Without it, you're unlikely to win the faith of Chinese consumers.

China has become the most competitive market on the planet, with hundreds of new products and promotions coming daily. Foreign businesses will struggle to compete on price with the sea of low cost local brands. To command a premium, it must be supported by an inherent trust in your brand. Good luck! 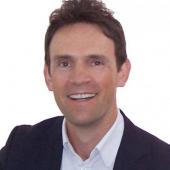 Mark Tanner
Mark Tanner is the Shanghai-based founder and managing director of China Skinny, a marketing and research agency.
View all articles by this author