What Brands Can Learn from Donald Trump

Three Marketing Lessons from The Donald
READ THIS NEXT
Inside Apple's New Campus: No Childcare (But You Can Freeze Your Eggs)

Without taking a stand on The Donald's politics, his meteoric rise in the polls provides important marketing lessons for brands:

1. The value of differentiation. In a fragmented field, taking a stand that may be polarizing doesn't limit your potential -- it fuels it. Support from 20-30% of people can be enough to lead. Trump doesn't dilute his position to please the masses, nor try to be "all things to all people." Brands shouldn't either.

Consider Arby's "We Have the Meats" campaign; this is clearly out of step with the population's shift toward healthy eating, which has lifted the fortunes of Subway, Panera, Healthy Choice and scores of other brands. Yet Arby's focus on roast beef is highly differentiated in the quick-serve world, attracting a passionate meat-lovers audience, and its same-store sales growth has bested the industry for 11 quarters.

In this ever-fragmented world, even the biggest brands win today by pursuing targeted opportunities. Brand marketers need to have the courage to pursue passionate niches that can drive growth (even at the expense of targeting a larger -- but less interested -- target audience).

2. The value of benefits. Benefits attract; reasons-to-believe (RTBs) close the sale. Trump has tapped into insightful voter frustrations -- special interests, immigration fears, etc. -- with big promises and limited details. He says he'll get American jobs back, and that Ford will call him the day after election. He'll out-negotiate foreign leaders. He'll stand up to Russia. Like all brands, he can attract attention by articulating dramatic or even revolutionary benefits, yet he needs specifics (i.e. RTBs) to convert attention to votes.

Compare this to T-Mobile, which, with its "Un-Carrier Revolution," has systematically promised solutions to one industry problem after another, from onerous contracts to complicated pricing to high global call rates, and most recently, high data charges for video streaming (with its new "Binge-On" campaign). As a result, similar to Trump's gains in the polls -- which equates to the support of millions of voters -- T-Mobile has added 1 million users or more for 10 consecutive quarters. Benefits sell, provided you can back them up convincingly.

3. The value of character. Trump comes across differently from the political pack, even when he takes similar positions. And it's not just because he's not a politician -- his larger-than-life billionaire persona is entirely different from respectful Ben Carson or focused and feisty Carly Fiorina. It's a little-known secret, but brand character often differentiates brands even more than their product benefits.

How truly different are the products of Lysol vs. Kaboom, Ben & Jerry's vs. Häagen-Daz, or Home Depot vs. Lowe's? Yes, they have differences in their product lines or features, but their brand character, or in some cases, brand purpose or even backstory, differentiates the brands more than their attributes.

There are a variety of ways to steer your brand character. It reflects both who you are and how you want to be viewed. A strong brand purpose -- as reflected in Dove's "Real Beauty" campaign, or Always' "Like a Girl" -- must both jibe with your brand character and also grow to shape it. A unique backstory, like that of Burt's Bees, can also impact your brand persona.

If you're not working to differentiate your brand character, you're missing an opportunity to build emotional engagement and distinguish your brand from competition. And in Trump's case, people will have to decide whether they want to have a four-year relationship with the character he portrays. Perhaps that's why recent campaign reports suggest he is toning down his approach to something more "presidential."

Trump also leverages high awareness and free publicity, which help him as well -- and derive from the three values above.

Arguably, all of these factors contribute to some people's impulsive, emotional support for Trump's candidacy. Recent advances in cognitive science reinforce that this is often the way people make decisions, unless or until they deliberately override those impulses with more studied reflection. It remains to be seen whether Trump can retain support as people learn more about his positions and plans -- i.e., reasons-to-believe -- and engage more thoughtful comparisons about candidates' positions and personalities, prior to entering the ballot box.

Whether you're a fan or foe of Donald Trump, his success to date has clearly outstripped anyone's expectations, and as marketers and researchers we can learn from it. 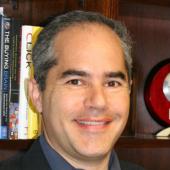