Dispelling the Myth of Working vs. Non-Working Marketing Spending

Why Benchmarking a Ratio of Agency Fees to Paid Media Is Not Advisable
READ THIS NEXT
Inside Apple's New Campus: No Childcare (But You Can Freeze Your Eggs)

Recently, several client executives have referred to reducing or capping the ratio of their "non-working" marketing expenditures and increasing their "working media" spending in investor earnings calls. These client sound bites play well with Wall Street because they appear to reflect prudent business practice and an emphasis on efficiency. Unfortunately, the appearance is an illusion and the sound bite is a myth.

Marketers that refer to non-working expenses often only include paid media in the "working media" category. They inadvertently include earned media, owned media, web content, web videos, social media curation and targeted message executions that are not sourced from paid media publishers in the non-working category of expenses. They may also include agency fees, production, research and other "non-paid" media as non-working.

When knowledgeable marketers think about the dynamics associated with contemporary marketing activities, there are several considerations that clearly demonstrate why benchmarking a ratio of agency fees or production costs to the level of paid media is not advisable:

1. Media -- paid or unpaid -- is only as good (effective) as the relevance and persuasiveness of the commercial message. Paid media that delivers commercial messaging that is off-strategy, off-putting to the intended target audience, or placed in a suboptimal or inappropriate content environment should, in fact, be classified as ineffective, i.e. non-working.

2. Clients are shifting spending allocations away from mass-reach paid advertising platforms toward targeted media and web platforms. The cost of developing, producing, planning, buying, analyzing and stewarding an expanded array of targeted advertising messages results in improved overall return on marketing investment. However, the ratio of agency fees and production costs to paid media may well increase.

4. Earned media, which is generally defined as media that is not paid for, has real value. There are costs associated with creating and producing appealing content that attracts earned media viewership. It is illogical to define payments to publishers and broadcasters that create viewership content as working, while defining payments to agencies and production companies that create appealing viewership content as non-working.

6. Clients are investing significant resources into innovation to drive their businesses; data to advance more precise targeting of paid media; and analytics systems to calibrate the measurement of marketing return on investment. It is unlikely that any sophisticated marketer would view these expenditures as wasteful or unnecessary activities; however, these critical investments could be inaccurately described by some marketers as "non-working" activities.

The mix of marketing-related expenditures should be evaluated individually and in aggregate in order to derive an accurate assessment of the components that are working hardest and contributing demonstrably to optimal marketing ROI. 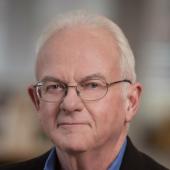 Tom Finneran
Tom Finneran is executive VP-agency management services at the American Association of Advertising Agencies.
Follow View all articles by this author