The social responsibility of corporations is becoming more important than ever due to the threat of the pandemic, which has only clarified the importance of how brands commemorated World Environment Day on June 5 this year.

For Hyundai, we’ve been offering solutions based on our technology, rather than just spreading the vague message of “Save the Earth” to those who are looking for concrete answers to environmental issues every day. For example, a new environmentally focused video by Hyundai featuring the iconic K-pop boy band BTS has caught the attention of Gen Z and young millennials, who believe that their lives and opportunities are gradually being compromised due to severe environmental damage. They’re interested in the environment and taking steps for changes. This is a shared commitment and endeavor between Hyundai and Gen Z/young millennials for sustainability and continuous innovation.

In line with this, Hyundai is working hard to realize the future of using hydrogen as a power source. Our short video with BTS about hydrogen was introduced as a YouTube Premiere, a familiar digital communication method for Gen Z and young millennials that allows viewers to watch new videos and share their thoughts. Hyundai provided this while engaging them on the concept of hydrogen as a fuel source.

The video gained more than 40,000 viewers and 18,000 comments during the livestream and right after the launch. Some of the commenters said they learned more about hydrogen from the video than during their entire school years and they would love to participate in the environmental movement to make a better tomorrow.

The video delivered a message in a way that is appropriate for Gen Z and young millennials, who often focus on the present rather than the future, being subjects of change and not waiting for others to help.

Instead of formally conveying information about the hydrogen era, society and technology, which can be rather difficult, those topics were introduced in conjunction with what Gen Z and young millennials can do, and what BTS is doing as well. Also, simple explanations were provided by RM, the leader of BTS, with infographics also helping the audience understand hydrogen as a fuel source better.

Hydrogen energy is good for both the Earth and all of us, but it would be useless if it’s not actively utilized. Therefore, hydrogen cities—that is, cities that are integrating hydrogen into their economies and infrastructures to reduce carbon emissions—are being built in many parts of the world, including in the Aran Islands of Ireland, Lolland Island in Denmark, Switzerland and Ulsan in South Korea so that hydrogen production, flow and utilization can be carried out organically.

If more such hydrogen cities are built in earnest and hydrogen societies are realized, carbon emissions could be reduced by 6 billion tons every year by 2050. And if 1 million units of Hyundai Motor's hydrogen-electric vehicle the NEXO Fuel Cell are run on the road, it would result in carbon-reducing effects similar to planting 600,000 trees.

The video also redefined people’s perception about hydrogen. People might think that hydrogen is dangerous, but it is safer than any other fuel. The temperature of hydrogen during auto-ignition is higher than gasoline and diesel. Also it is 14 times lighter than air, so it disperses quickly into the atmosphere. Therefore, even if there is a leakage, the chance of hydrogen causing fire or explosion is very low.

A ripple effect of curiosity

The video has served as a catalyst, triggering curiosity about hydrogen, inspiring viewers to find more hydrogen-related videos.

In addition, Hyundai's recent ad on Earth Day last April also featured vivid descriptions of the efforts of Gen Z and young millennials to create a sustainable future. It pictured how these generations pursue a zero-waste lifestyle (reducing packaging or using recyclable materials to reduce trash), minimize trash by plogging (jogging and picking up trash at the same time), picking up trash in the ocean while scuba diving and reducing the use of disposable plastic.

The ad also conveyed a message that stressed we can take the first step toward big changes and save the planet with very simple actions, such as turning off lights or using a tumbler instead of a disposable cup.

As we’ve learned at Hyundai, socially responsible brands should try to capture the voice of the current generation, since they are the ones who will make meaningful changes for a bright, sustainable and better future. Our collective future hangs in the balance.

Hyundai Motor Company is striving to provide freedom of movement to everyone by investing in mobility services, by building close relationship with leading mobility service providers and expanding our role beyond the automotive transportation sector. The company will play a pivotal role in global society’s transition to clean energy by helping make hydrogen an economically viable energy source. Now the company is investing in robotics, to expand the possibilities in mobility, which will ultimately help humanity progress.

More information about Hyundai Motor Company can be found at: https://worldwide.hyundai.com 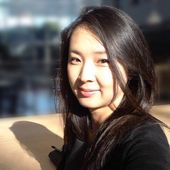 Jumi Kim is a brand director of Hyundai Motor Company. She is responsible for the global brand strategy and brand communications of the company.