Ad Age and our partners at Facebook formed a superhero team with one mission: Select a pressing issue facing the industry, and come up with solutions to address it 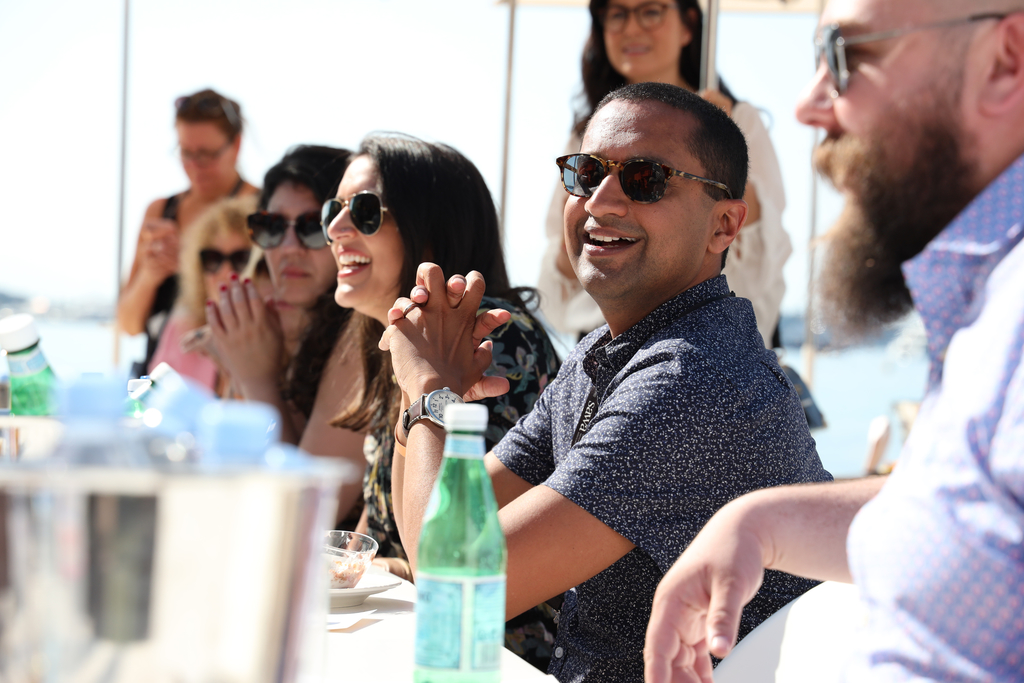 If you could change one thing about the advertising/marketing/media industry, what would it be?

Three months ago, we posed this question to 31 thought leaders—all recent Ad Age Creativity, Women to Watch or 40 Under 40 honorees—from some of the most influential companies in the world.

We called the group The List and charged the members first with identifying the one industry challenge they wanted to fix and then spending the rest of 2019 coming up with a plan and concrete goals to accomplish this mission, with the power and resources of Ad Age and Facebook behind them.

While many issues were top of mind for the VIPs we spoke with—from the need for diversity hiring and destigmatizing mental health problems to the urgency of climate change—one topic quickly emerged as central not just to the industry and society at large, but to many List members’ personal lives: the lack of adequate family-forward leave.

The List found its mission, and went to work. In the coming weeks and months, Ad Age Studio 30 will be reporting on The List’s progress. For more about The List, its members and its progress toward achieving this year’s goals, follow the group on Facebook and Instagram.

This past week on Facebook Beach at the Cannes Lions International Festival of Creativity, actress and activist Robin Wright and designer Karen Fowler, co-founders of Pour Les Femmes, and Nicole Esselen of Give Work, addressed a group of selected List members. Wright and Fowler shared their story about the mission and challenges of running a socially conscious sleepwear company that benefits women who have survived violence in war-torn Congo.

“It’s a sustainable brand, and it brings sustainable life to these women again,” as Wright described the ethos of Pour Les Femmes to Ad Age President and Publisher Josh Golden. “It’s about women helping women, hence ‘Pour Les Femmes,’ but it’s also about this hashtag we launched with: ‘Together we dream bigger.’”

The members of The List were moved and inspired by what Wright, Fowler and Esselen had to say.

“It's amazing what they're doing,” said List member George Felix, director of marketing, KFC Global. “The thing that stuck with me was Give Work. The idea that creating sustainable work is actually the key to longer term fixing the problems that they're facing in the Congo.”

“It's such an inspiring story,” said List member Natasha Maasri, creative director at The&Partnership. “I think [by using Pour Les Femmes as a model] not only for the project that we're working on ourselves [and] putting all these minds together, something is bound to happen.”

The members then updated each other on ongoing projects, discussed next steps and shared their thoughts on joining The List itself.

"I think we're all looking for purpose," said List member Meredith Guierriero, head of U.S. partnerships at Pinterest, after the meeting. "Bringing a group like this together, understanding how we can complement the expertise that [everyone] brings—and actually making a bigger impact—is pretty incredible."

“It feels very special to be a part of this,” agreed List member Monica Rustgi, vice president of marketing for Budweiser at Anheuser-Busch InBev. “I'm super excited to see where we take it. The toughest challenge will be getting on each other's schedules because we're all such busy people. But we have the right passionate people to figure this out. I have zero doubts that we're going to bring this to life in a compelling way."

Family leave policy is often an "under the radar" issue, as one List member described it, yet it’s one that many in the group feel should be at the forefront of any work environment.

"Parental leave is not the new ping pong table in the office," said Michael Rothman, a List member and CEO of Fatherly, a digital brand that provides news and expert resources for dads. "[Parental leave] is actually really meaningful to measurably improve the lives and ultimately productivity of employees."

Felix identified with that sentiment both professionally and personally. "Having had kids and gone through times when these types of policies really weren't in place ... I know [how] important it is for us to make the industry better, and recognizing where we can [improve] employees' lives," Felix said.

Members also remarked on how the industry’s family policies go beyond parental leave.

“I feel like we're in an industry that really doesn't consider the fact that there's life outside of the office or outside of what we do,” said Maasri, creative director at The&Partnership. “So I think that is very important to talk to people about being human.”

“The best employees are the ones that are happiest,” added Felix. “When we're happy and feel at peace at home, we can then dive into the things we're passionate about at work.”

The List will continue to meet regularly and work on various projects throughout the summer leading up to the next major gathering during Advertising Week New York in September.

With the support of our partners at Facebook, The List was selected from a group of Ad Age Creativity Award, Women to Watch and 40 Under honorees from 2018. The List has been charged with selecting the one thing it could change to make the industry—if not the world—a better place. Ad Age Studio 30 will track The List’s progress throughout the year, including a conference during Advertising Week New York in September and culminating in the group’s final report in December.