Publishers, you're focusing on the wrong metric for push notifications | Ad Age
Skip to main content
Sign In Register

Publishers, you're focusing on the wrong metric for push notifications

With push notifications, there's never been a more direct way for publishers to build brand evangelism and reach their audience. But if the digital publishing community focuses on incomplete metrics, then there's a real risk of breaking the whole system, echoing recent statements from the IAB regarding "clickhead" advertising, acknowledging that we need to rethink how we measure online value.

Without an appropriate framework to measure long-term push notification strategies, publishers walk a tightrope between engaging their audience and spamming them. Although high amounts of click-throughs or "tap-throughs" may result in short-term spikes in traffic and ad revenue, they will eventually be detrimental to the overall value of a strategy.

This requires a new metric to measure the net gain in readership created by push notifications.

Marfeel conducted a study for the click-through rate of 10 publishers. The results showed a consistent picture—time naturally degrades the engagement of subscribers, regardless of the strategy used. 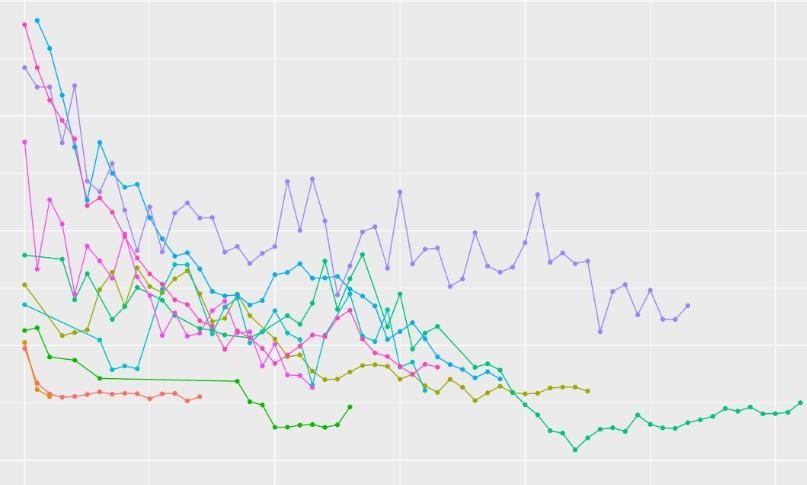 In the white paper "Increasing Publisher Readership Through Marfeel's Push Notification Framework," Marfeel coined a new metric to measure and test different push notification strategies: Subscriber Lifetime Value, or SLTV, accounts for the natural decline of push notifications and provides an all-encompassing view of added readership and value generated by push notifications. This metric first requires an established average rate of degrading engagement from notifications. It must then be combined with the active unsubscribe rate and factored against the click-through rate of messages and the number of clicks per user, per day. This gives us a benchmark to compare entire strategies.

To stress-test and experiment with push notification strategies and the SLTV framework, Marfeel's tech team analyzed over 5 million push notifications to see how traffic, engagement and ad revenue could be maximized. By assessing the following strategies, they were able to increase SLTV by up to 40 percent.

Message intensity
Every subscriber has a tipping point at which messages become too frequent and it drives them to unsubscribe. However, more messages will result in more clicks. Measuring using SLTV, rather than just the number of clicks, isolates the exact frequency of messages that generate the highest increase in readership. An intensity of between three and four messages per day proved to add the highest SLTV to publishers.

Delivery times
Marfeel tested two factors: which time of day was most effective for all readers to receive notifications, and if readers were more responsive to notifications sent based on the time they last opened a notification. The results showed that sending push notifications after working hours, in free time, led to the largest increase in SLTV.

Including images
Adding images, compared with no image, led to an increase in more than 10 percent in SLTV. Adding an image is one of the most effective single factors publishers can implement to increase readership and value from push notifications.

Personalization and recommendation
To personalize on the basis of reader behavior, Marfeel created an automated recommendation engine that created a popularity score for all articles and sent the most popular articles to audience segments that were defined as the least engaged. In addition, the engine would match the reader's last-clicked article to similar content for their next push notification. These experiments demonstrated that article popularity is deeply linked to the likelihood of people clicking the push notification. An optimized strategy would send notifications for the most popular article to the widest possible audience segment to increase SLTV.

The combination of these factors has shown that a framework can be applied to optimize push notifications taking their finite lifespan into consideration.

We know that publishers need ad revenue to thrive. Maximizing traffic is key to achieving that. But this should not come at the expense of the quality of the user experience, which lies at the very heart of building publisher brand loyalty.

A system that personalizes push notification content and strategies based on unique user behavior improves the user experience—and, in line with this, SLTV. Optimizing via strategic, long-term value, rather than short-term increases in traffic and revenue, reinforces the trust that successful push notification strategies rely on.

So publishers beware—we risk breaking push notifications for good if we don't implement them with the value readers deserve.

Marfeel is the publisher platform revolutionizing the way publishers and bloggers create, optimize and monetize their mobile websites. Marfeel has developed a whole suite of hands-free features to increase metrics across the board for four main factors: website performance, page speed and loading times, traffic acquisition and retention, and ad revenue. The platform now delivers over 1 billion monthly mobile sessions from global publishers, making it extremely likely that you have experienced a Marfeelized mobile website. 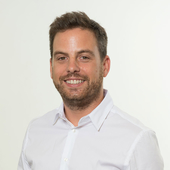 Alexian is the Chief Marketing Officer at Marfeel, a SaaS platform revolutionizing the way publishers and bloggers create, optimize and monetize their mobile websites. Alexian has over 10 years of experience in PR, strategic marketing, and brand building in industries such as education, events, and transportation. He is currently the Professor of Marketing at Geneva Business School and a contributing member of the Forbes Communications Council.