Champion is getting into esports and Puma is pushing further into basketball. Find out more below, along with which retailer spruced up a subway station by adding a red carpet. But first, read up on why you will no longer hear Bob Dylan in Budweiser's wind-power Super Bowl spot.

When it comes to music, Budweiser did not shortchange its Super Bowl ad touting its use of wind power, opting to back it with Bob Dylan's classic "Blowin' in the Wind." But it turns out the song had an expiration date. A new version posted on YouTube six days ago uses a re-recorded version of the song by The Cloves. A spokeswoman confirmed that Anheuser-Busch InBev only secured rights for Dylan's version from Jan. 23, when the ad was released online, until Feb. 6. On TV, the Dylan version only ran during the Super Bowl, on both CBS and ESPN Deportes, according to iSpot. Securing short-term rights to songs has emerged as a popular money-saving tactic by brands, says Eric Sheinkop, an expert on music branding and author of the book "Return of the Hustle: The Art of Marketing With Music." Historically brands used Super Bowl ads to introduce new campaigns and the song rights would be secured so viewers heard the same song alot, he says. But now brands are "trying to get the biggest bank with as many eyeballs as possible" over shorter periods so "the price is lower."

Below, see how the new version compares with the old one:

Stitching up a red carpet

Stitch Fix is going upscale—in an unlikely place. The ecommerce brand that sends personalized goods to customers debuted a pop-up red carpet at a subway station in New York City and a mall in Los Angeles. Consumers were treated to a paparazzi experience of interviews to celebrate everyday people, rather than just celebrities. Stitch Fix worked with Giant Spoon on the activation, which also includes out-of-home ads in the Big Apple.

The long quest for consistent cross-media measurement has been U.S.-driven to date. Now Unilever Chief Marketing and Communications Officer Keith Weed wants to make it more global with an initiative backed by the World Federation of Advertisers. Weed acknowledges cross-media measurement remains a "holy grail" for everyone and a "work in progress" for Unilever. Keep in mind the quest for the actual Holy Grail extends back a couple of millennia. But he sees new hope in assembling a team of rivals behind this effort that includes Google, Facebook, Twitter, Nielsen and WPP's Kantar, with additional marketer participants to be named.

Realistically, new restrictions by social-media "walled gardens," like the companies named above, are actually making it harder to track individuals (anonymously) across platforms to measure media consistently or even cap exposures to avoid overkill. "We could have had a more perfect solution over a year ago" before GDPR kicked in, Weed says. Even so, he believes getting global media and measurement giants on board can only help.

Panera Bread has an idea for a romantic lunch that doesn't require reservations. After testing double bread bowls last summer, it's bringing them nationwide for two weeks starting Feb. 14 in what clearly is not coincidental timing. The sourdough loaf with holes for two soups is priced starting at $9.99. For online and app orders there are five combinations to choose from, most of which come with the chain's signature Broccoli Cheddar and another soup. 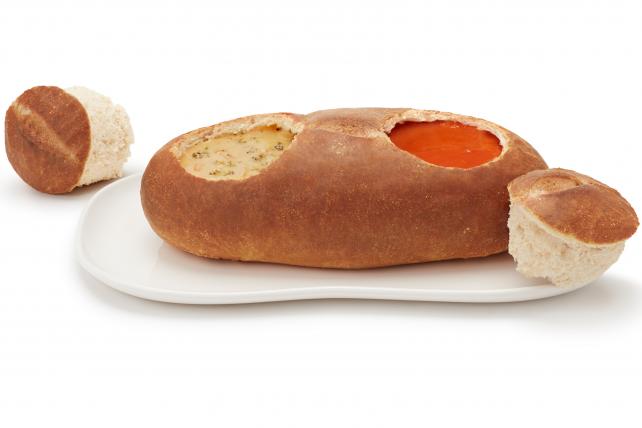 Papa John's is the latest restaurant to offer tuition benefits, a move that comes as the beleaguered pizza chain tries to retain and recruit staff. Through Dough & Degrees, its 20,000 corporate employees can have tuition covered at Purdue University Global. The 70,000 people who work for franchisees get different perks including reduced tuition and fees. Companies including Chipotle, McDonald's, Starbucks and Taco Bell offer varying programs to help pay for or fully cover the costs of their staffers' education. "People are our most important ingredient and we are always looking for new ways to make Papa John's a better place to work," CEO Steve Ritchie said in a statement.

NBA2K's professional esports league said this week that it's teaming up with Champion in a multiyear deal that will make the athletic apparel maker the official outfitter for the pixelated players featured in the game and the real-life gamers who compete in tournaments.

Champion will provide the NBA 2K League's 21 teams with game uniforms as well as warm-up, travel and practice apparel. Just a few years ago, Champion was regarded as a budget buy at retailers such as Walmart, but the brand has seen a resurgence in recent years, thanks in large part to celebrities such as Chance the Rapper, Kylie Jenner and others wearing the company's clothing.

In other sporting news, Puma is pumping up its basketball strategy with a full-court press. The brand has entered into a multi-year partnership with the National Basketball Association. Though the deal is not exclusive—the NBA still has deals with Puma competitors Nike, Under Armour and Adidas—it further cements Puma's focus on the sport. Last year, Puma signed on to sponsor the WNBA and the Basketball Tournament summer event; the brand, which recently named Havas as its media agency of record, also tapped Jay Z for its hoops marketing. Puma has also unveiled new basketball shoes, including the Clyde Court Disrupt and the Uproar Charlotte. In the new deal, Puma will be able to showcase NBA athletes and fashion marketing messaging and content around them.

It might not be for a flavor for everyone, but Coca-Cola thinks there are enough creamsicle fans out there to warrant the addition of an orange-vanilla option to its beverage lineup. The brand is adding Orange Vanilla Coke and Orange Vanilla Coke Zero Sugar to its trademark portfolio. Both products will be available for purchase on Feb. 25, but we're not sure this is a release consumers are going to camp out for ahead of time. 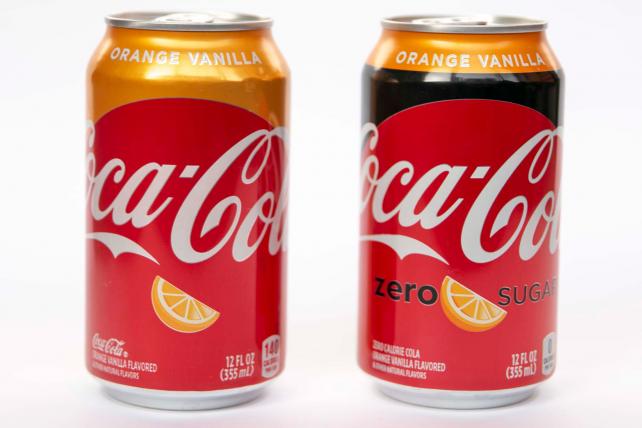 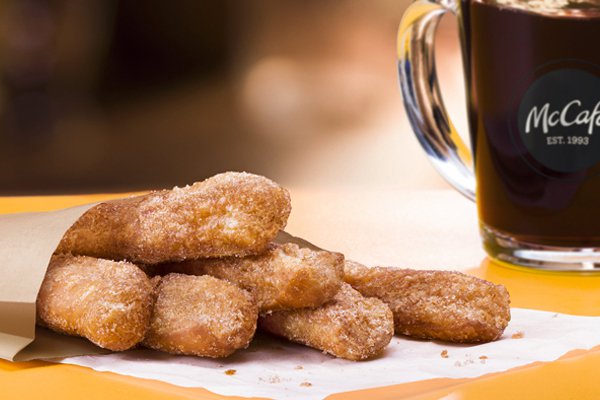 McDonald's is selling Donut Sticks for a limited time after test runs in some restaurants in 2018. The Golden Arches says the sticks, sold in 6-packs and by the dozen, are only available during breakfast hours, even though it now sells plenty of other breakfast items all day.

61: percent of Gen Z consumers who are more likely to buy from brands that have diverse spokespeople, vs. 52 percent of millennials, according to a recent study from the Atlantic Re: think (The Atlantic's branded content arm), Harvard College Consulting Group and Comscore.

It's #GalentinesDay! And we love Leslie Knope so much that we will be posting Leslie gifs all day. You're welcome 😇😂💃🏻👯‍♀️ pic.twitter.com/UUSpAwDkj5

Shake Shack named Jay Livingston as CMO, a new position at the chain. Livingston was most recently CMO of Bark, makers of BarkBox from July 2017 until January, and before that held marketing roles at Bank of America. Shake Shack says the search was conducted by True Search. Edwin Bragg, whose title had been VP of marketing and communications, left Shake Shack last year and is now in the same role at New Orleans-based glasses brand Krewe.