After more than 20 years working in the agency world, former Havas Creative North America CEO Paul Marobella has now landed on the brand side as president and chief marketing officer at Republic Brands, a leading producer of rolling papers based in the Chicago area. The company officially announced the appointment last week.

Marobella left his agency position last August, following Havas’ extensive staff cuts during the pandemic and nearly two years after the 2018 controversy tied to the reportedly toxic and polarizing culture of the agency’s Chicago office. During that time, he and then-CCO Jason Peterson faced criticism for appearing in an internal video leaked on social media platform Fishbowl in which Peterson called major agencies BBDO, FCB and Leo Burnett “shitty.” Peterson went on to resign that year.

Marobella tells Ad Age that his departure from the agency last year was not connected to the events two years prior. Of Havas Chicago, where he had also served as CEO, he says “it was one of the most diverse, successful offices in the entire Havas system—and I’m extremely proud of the innovative and inclusive culture my colleagues and I built.”

In the Havas video, Marobella had not contradicted his former colleague’s statement, but today says that “I have always respected FCB, BBDO and Leo Burnett—I think they're great agencies creating tremendous work led by excellent people. Many of the individuals leading these shops are my close friends. The advertising industry has always had an undercurrent of competition, mostly friendly, and I’ve never had any intention of offending these agencies and respect the transformative work they’ve created.”

Since his exit, Marobella has spent time investing in passion products including commercial real estate development for a chain of luxury health and wellness centers, called Honeycomb, and developing a trademarked lifestyle brand, Game Seven Ventures. He also began work in February 2020 on the advisory committee for the Chicago Blackhawks Foundation and as of September of last year has been part of the Diversity and Inclusion Council of the NHL.

The 1998 Ad Age “Best and Brightest Strategist” winner tells Ad Age that he was first connected to Republic Brands through an unusual connection with Havas. Over a year ago, Havas CEO Yannick Bolloré introduced Marobella to Republic Brands CEO Donald Levin, who Bolloré knew because his family once owned some of the rolling papers now in the Republic repertoire. In fact, the “B” in Republic’s “OCB” rolling paper stands for Bolloré.

After his stint in private equity, Marobella joined Levin on a collaboration with rapper Birdman’s $TUNNA brand to create the world’s first “champagne papers,” luxury paper sourced from Champagne, France. He had also worked on the company’s recent rebrand from Republic Tobacco to Republic Brands. The company comprises over 2000 products across 24 brands, all of which are made in-house. Its new name reflects how the company is channeling its 200-year-legacy in the tobacco world to the booming cannabis industry.

"At a time when the category is growing 20, 30, 40% a year because of the legalization track, it's really kind of a once in a lifetime opportunity,” Marobella says of his new gig.

Ad Age recently spoke with Marobella about his new role at Republic: 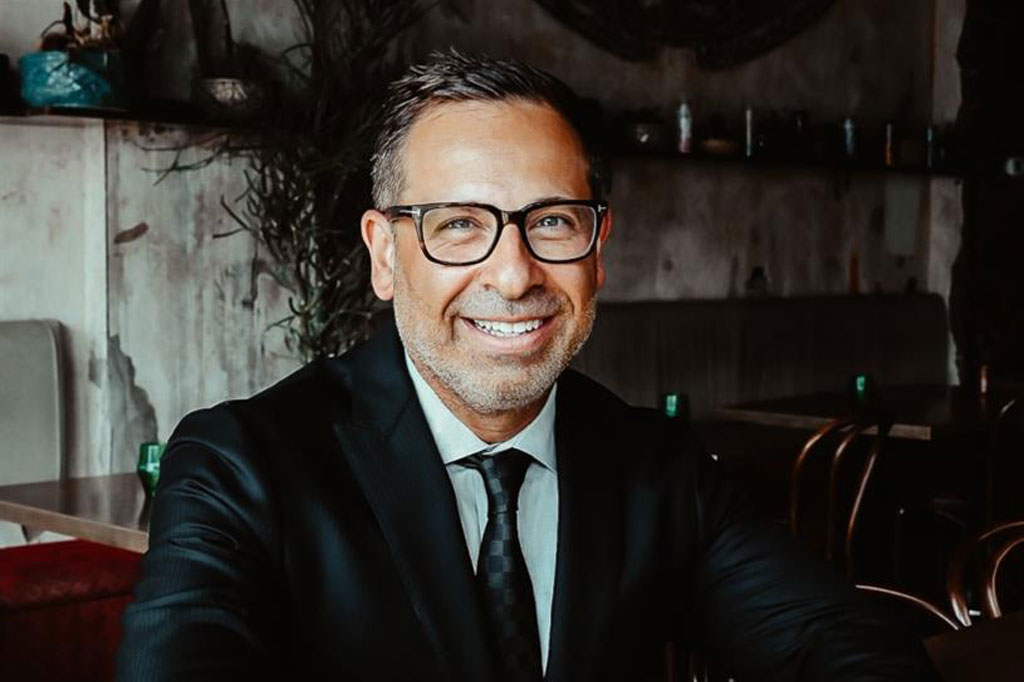 This interview has been lightly edited for brevity and clarity.

What’s first on your list as president and CMO?

The first is to raise the profile of the company. That helps everything—recruiting, collaborations, when we're trying to make acquisitions. The runway for growth on our top priority brands is like a hockey stick. So I'm focused on prioritizing how we go to market with those brands and capture market share as fast as possible in the next 18 months. [I also want to] create some rationale around where each brand fits in the portfolio and which consumer segment each brand will connect with. [Also,] we're going to build a really cool in-house team here outside of Chicago. We'll be partnering with agencies, but we're also going to have a pretty powerful in-house team as well.

What are the major learning curves moving into this market from previous ones that you've worked in?

Being on the agency side for as long as I was, you had to be adept at learning a new category: distribution channels, product manufacturing, consumer segments. You might go from a beer in the morning to satellite TV to a credit card to financial services all in one day. You might go wide and somewhat deep on the agency side. Here [on the brand side], you're going narrow and way deep. But the basics don't change.

The consumer segmentation, how do we differentiate the product, what differentiates us from our competition, what do consumers in our category care about, what are their key requirements, who are our competition—the playbook doesn't change. But you also are more accountable for making decisions on how you spend your budget, especially when you're talking about a whole portfolio versus one brand. I can't invest in every brand I have. I have to say, “Here are our priorities for the next 18 months, based on some data that shows we're getting traction with some brand or consumers are asking for this particular brand when they walk into a store.”

What was the lay of the land of the company when you arrived?

The company has really been successful by selling into their distribution channels, having these iconic brands, the highest quality fabric and fibers, and then a great reputation with their customers. What was missing from that was a real understanding of who the consumers were, a portfolio management of the brands and consumer marketing, connecting with and building awareness with the consumers and being a part of the cultural conversation.

What are the challenges of this particular category?

This is a category where cool matters. For the core of rollers, it's kind of their lifestyle. And then you have, especially as states start to legalize, people coming back to the category, maybe since college. Maybe folks a little more around my age, 40s and 50s, where they might be using it for medicinal purposes, sleep, anxiety, ADHD, all of the medicinal sides of the product. So you have a consumer segmentation of people where it's a lifestyle and then people [for whom] it's more utilitarian and important to them in their life. And then you have people who are curious. It's an interesting segmentation that's different than other categories.

So how are you approaching the category? What are you trying to bring to it?

Something I want to bring to the table is really listening to the consumer and building products and fibers and patterns and packaging that matters to them. Because in a lot of ways, when you take a rolling paper book out of your pocket and you throw it on the table, it can be a badge brand to some degree; it speaks about who you are. In many ways, this is a lot like a fashion brand. So when you start to create merchandise and apparel and accessories and the things that go with it, you start to think about it as a lifestyle and a fashion brand versus just the rolling brand.

We're interested in scale and in mass and moving things all across the nation into different trade types. We have a lot of smaller competitors who just want to build cool little brands and they'll charge a lot for them, but they're not going to move huge product.  You have competitors who are really focused on stoner culture and juvenile culture, like just being juvenile about their social media. How they're actually going to market, I would suspect there's probably no research behind it and probably very little segmentation or portfolio management. Some of the people that run those companies have become pseudo-social media influencers. If I had to bet, they're probably selling more revenue on their sweatshirts and apparel than they are actually rolling papers. But that's pure speculation.

I understand you have a 50-year plan for the company. Tell me more about that.

The 50-year-plan is really to be focused on having the most desirable portfolio of brands that our consumers could want over the next 50 years. That's all built on our platform of sustainability, on the quality of our supply chain, and our ability to have trust and credibility with our different distribution channels. Most, if not all of our competitors, buy their paper from somebody else and have it manufactured somewhere else. That's not who we are because this is a product that we want to ensure is the highest of quality. [It’s also about] innovation around bringing products and brands to market that matter in the rolling and accessories category. I couldn't tell you necessarily where it's going to be 10 years from now. I do know that the routes to the consumer for our products are starting to change.

How are you reaching consumers now? What are the opportunities there?

People would buy in smoke shops, they would buy in convenience stores, now they're starting to buy more on Amazon. Our research tells us that they're very influenced by dispensaries and what the budtender at the dispensary tells them. But even then, you have consumption lounges that are being legalized. In Nevada, Las Vegas has some [opening]. That is a lot like how spirits brands are built. We see our category going in a similar direction. If OCB, one of our brands, is the exclusive brand in a consumption lounge, the consumer gets to trial it there and then will go buy it.

Parker Herren is a student at CUNY’s Craig Newmark Graduate School of Journalism. He is currently an editorial intern with Ad Age’s Creativity team.