Mercedes-Benz is using the U.S. Open to plug its entry into the electric vehicle race, with some help from Alicia Keys.

The luxury auto brand, a longtime sponsor of the tennis tournament, is running an in-person interactive installation to promote its new line of electric vehicles, called Mercedes-EQ.  It features a walkway of kinetic tech floor tiles, which resemble a puzzle of black and brilliant blue triangles. When compressed by a footstep, an electromagnetic generator converts a small amount of electricity into clean energy.

The energy each participant generates will be used in the coming months to power an upcoming invitation-only event featuring Keys. The brand will give away two free tickets for the event each day, awarded at random, to people who partake in the experience. Brand representatives did not provide details on the nature of the Keys event.

Mercedes used the agency Engine Shop and production group Czarnowski for the experiential event. The campaign comes as a host of automakers —including Ford, General Motors and Volkswagen—are spending more marketing dollars on electric vehicles. 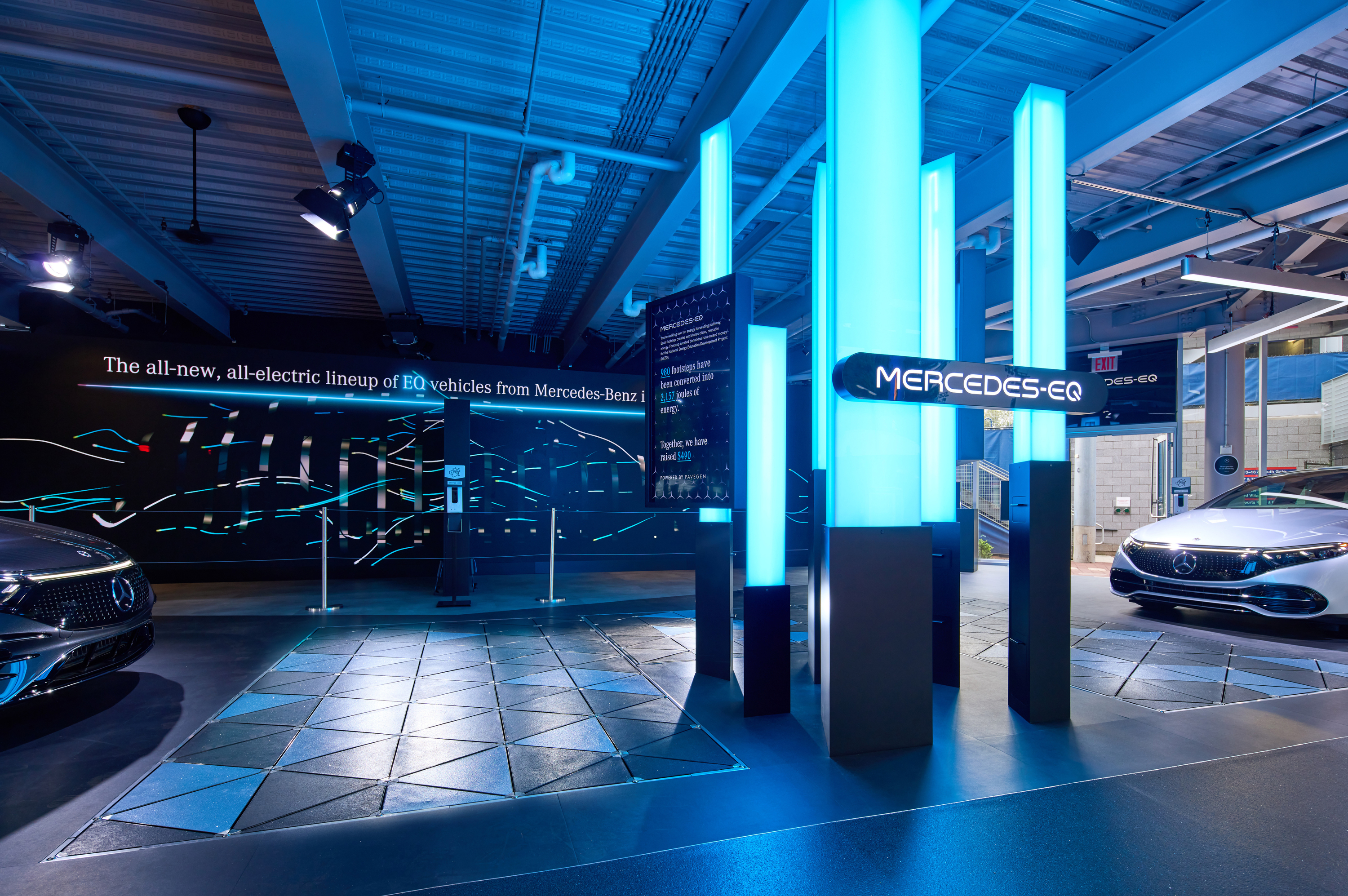 Mercedes has built a philanthropic component into its campaign, saying it will donate $1 for every footstep on the “electric avenue” to the National Energy Education Development Project (NEED), an organization that supports and develops school resources and curriculums for conversations about sustainability. According to a Mercedes representative, the funds raised at the installation will provide NEED the resources to “expand its upcoming pilot curriculum around electric vehicles and create additional training for students and teachers across the country around electrification and the future of transportation.” So far, the activation has generated $23,500.

“Partnering with Mercedes-Benz is a game-changing opportunity for NEED to share the excitement about electrification and electric vehicles with students and teachers around the United States,” says Mary Spruill, executive director at NEED, in a statement. “This engagement at the U.S. Open is harnessing the power of tennis fans to support these teachers and students as they learn about the electric grid and what infrastructure is needed to put more electric vehicles like the EQS on the road, helping to make the future of electric transportation incredibly bright and successful.” 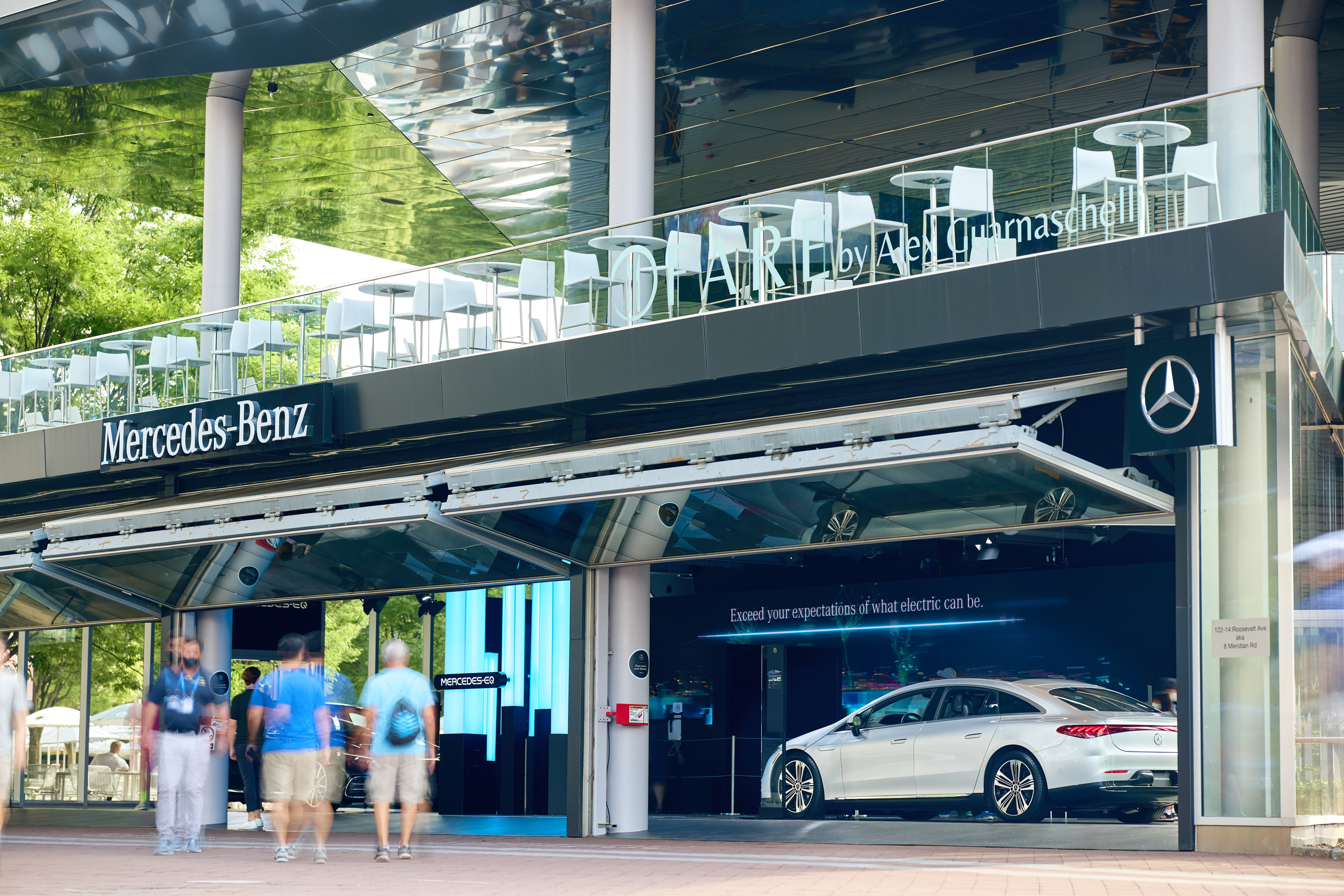 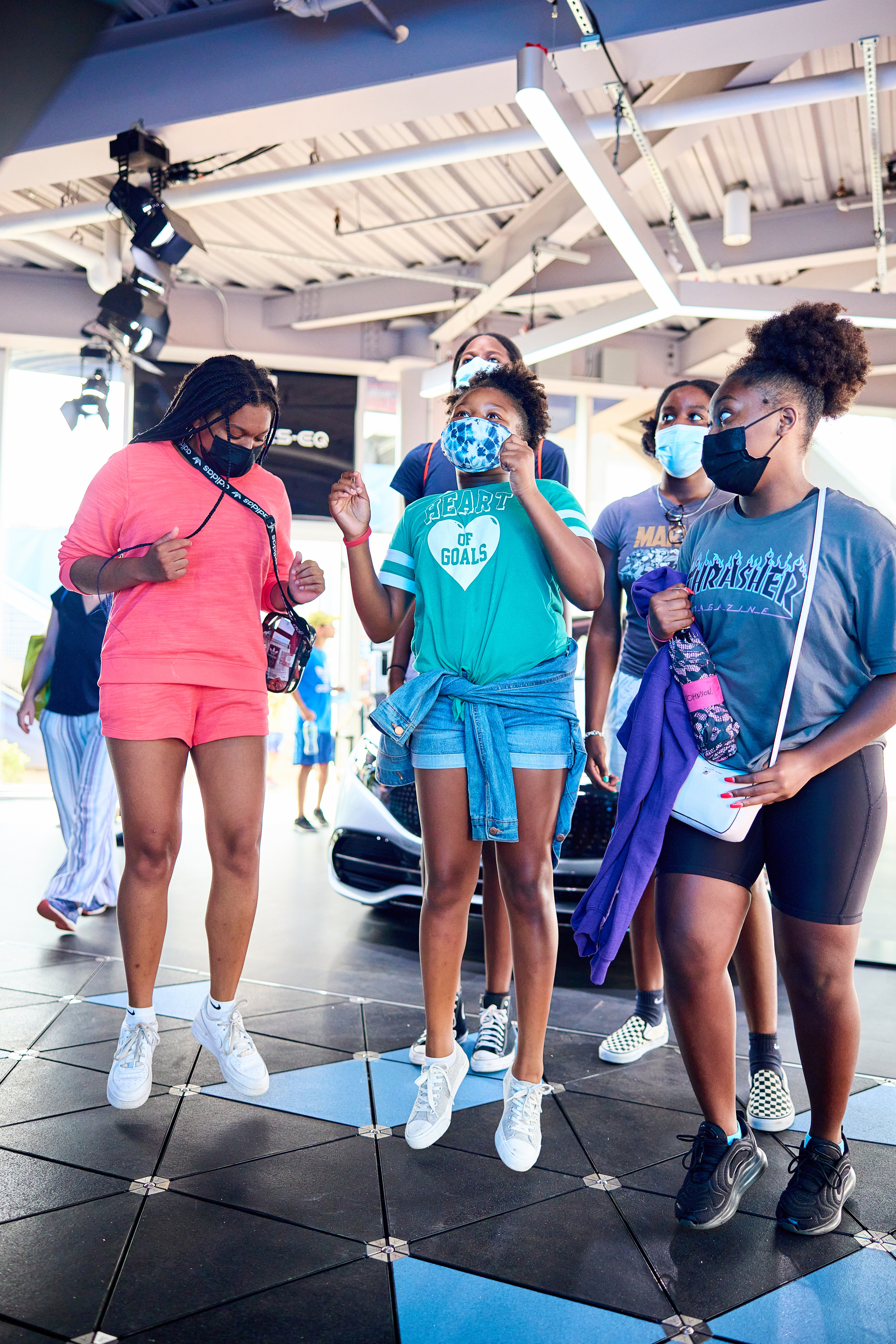 Tennis fans visiting the Mercedes pop-up will also have the opportunity to join in on the game themselves with a virtual reality tennis game, designed by Helios Interactive. The game features the venue’s iconic blue courts and allows players to hit a virtual tennis ball back and forth with real tennis rackets. A LED wall displays the energetic movement of each player in real-time.

The activation will be on display throughout the U.S. Open, ending on Sept. 12.

Parker Herren is a student at CUNY’s Craig Newmark Graduate School of Journalism. He is currently an editorial intern with Ad Age’s Creativity team.