Who's the Mom in That Viral Spot? It's Sarah Sido | Ad Age
Skip to main content
Sign In Register

Who's the Mom in That Viral Spot? It's Sarah Sido

Actress Appeared in Popular Spots for Cheerios, AT&T and Zillow
READ THIS NEXT
A look back at Kobe Bryant and Nike's best ad moments

Actress Sarah Sido is on a roll this year, having played a mother in high-profile ads that have gotten people talking and sharing. 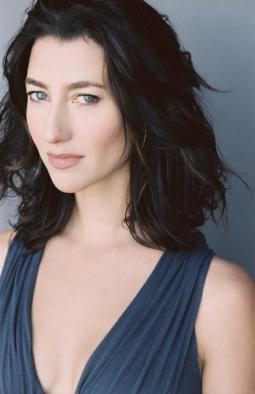 Ms. Sido, a Los Angeles-based TV, film and commercial actress, has been on a mom spree recently, having starred in ads such as AT&T's disturbing viral "Close to Home," (which literally "broke" AdAge.com when we first posted it); Cheerios' latest multiracial family ad; and a Zillow spot centering on a family going through adoption.

"I don't do anything specific to seek [those roles] out," she said. But "I have a young son, so it feels like I can bring a kind of truth to the storytelling."

Her performances as a mother have been inspired by her relationship with her three-year-old son -- which might help explain why she keeps getting the parts she does. When she's not working, she's spending time playing with him and "that ends up being the stuff I think about for commercials. I'm not pushing anything. I'm not making anything up. I just try to connect."

Two of the spots below, Zillow's "Homecoming" and AT&T's "Close to Home," have a cinematic approach that Ms. Sido said she is seeing more of recently. Filming might take several days, and there's a clear narrative structure to the story.

"In this world of viral marketing, something that tells a story and has emotional impact makes a lot of sense right now," she said. And that certainly rings true for AT&T's "Close to Home," which garnered almost four million YouTube views and one million shares on Ad Age's Creativity.

Ms. Sido said she does enjoy the non-mom roles, too. In the past, she's also played a heroin addict, and she was excited to recently play a character who wasn't maternal at all, but "kind of mean and glammy." Her credits also include Showtime's "Masters of Sex" and Fox's "Gang Related"; she's also done voice-over work with McDonald's, Volkswagen, Maxim, Toyota and Grand Theft Auto San Andreas.

Cheerios' "Taste Test"
"Whenever you work with a child, there's going to be a little improv," Ms. Sido said. "It was just a really simple little time, with us kind of cuddling and playing. ... It was a really easy day of play."

Zillow's "Homecoming"
For the Zillow spot, Ms. Sido said she drew inspiration from her brother and sister-in-law's adoption experience, in particular, a photo of the initial meeeting between the parents and child.

"The look on my sister-in-law's face ... I was really aware of the emotion of their meeting, the beauty of their meeting. I really thought a lot about that through our whole shoot. [Director] Mark [Molloy] really created a situation where everyone could do their best work."

AT&T's "Close to Home"
"I got all teary just reading the script the first time. The moment that got me while reading it was the crash. The mother giving her daughter that loving look before the crash ... We drive all the time, and forget how potentially dangerous it is. That one, we were all really aware of a message that we all need to hear."